In the intructions, the frontal views represent a M51 on a small hatch hull but the top view represents a big hatch.

There were M51 on the hull of this early Sherman or it's a drawing mistake? 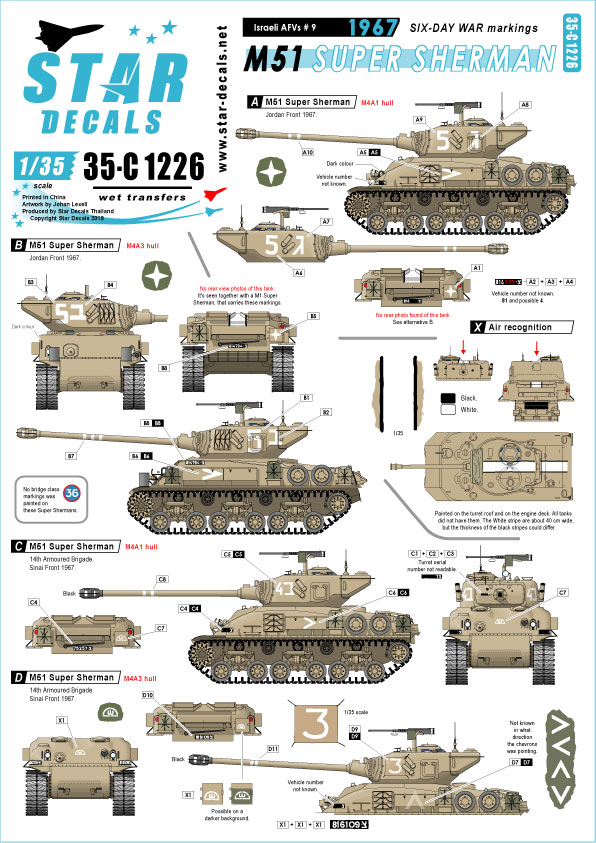 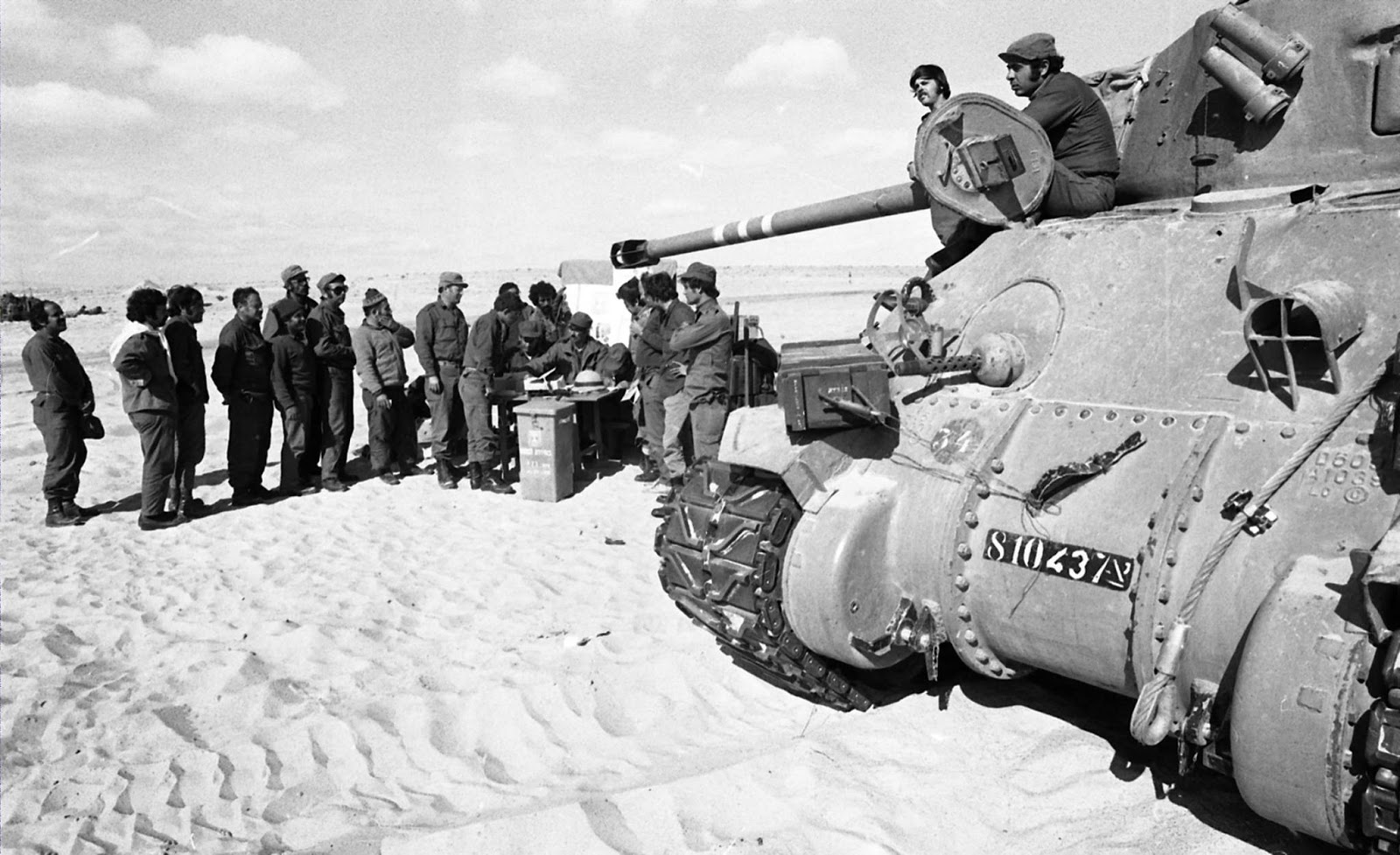 REPLY & QUOTE
hazzardm (mark hazzard) said
almost certainly a large hatch hull, from memory the small hatch hulls couldn't take a 76mm turret as the mantlet gets in the way of the hatches opening

I'm pretty much convinced that the M50/M51 series pretty much employed using every possible combination of Sherman parts.

This include several types, models, and combinations of bogies, chassis mods and different transmission covers.

Plenty of Sherman's appear with or without extra turret cheek armor or hull applique armor, or a lack of either or some of both.

Big hatch vs. small hatch? Seems both were well used in either the M50 or M51, no matter the limitations associated with either. If the turret didn't work on one type of chassis, no biggy, just employ it on another chassis where it would work.

Turrets? Is any two exactly the same? We know there is a distinctive difference between the M50 and M51, but within each type, continuity is broken up by subtle differences.

Tracks? As far as I can tell, every type of track was eventually employed, whether applied on HVSS or VVSS suspensions.

Seems the Israeli's used every type of sprocket too.

Name it, the Israeli's probably used it, or converted different types for their own use and of their own design. Some conversions were constructed to 100% of the planned design, others, not so much.

The M51 muzzle brake? There was even 2 types of them!!

It seems to be that no two Sherman's are alike.

REPLY & QUOTE
hazzardm (mark hazzard) said
respectfully I believe you have missed the point, I also have those books (and Tom and I have known each other for years) so please point to a photo of a small hatch M51 in any volume. As far as I know there is one well known example of a M51 turret on a small hatch hull, but this has been explained as a cobbled together example of the turret sitting on a M50 hull, not an in service vehicle. As I stated above the mantlet on the M51 would prevent small drivers hatches from opening, thats why late sherman hulls had the hatches reorientated to cope with the 76mm T23 turret that the M51 turret is based on. This was a known deficiency so it makes no sense that the IDF would convert hulls that prevented use of the front hatcyes, by design M51s must use big hatch hulls, normally cast, but some welded. Personally I would love to have seen a composite hull M51 existing but it doesnt