REPLY & QUOTE
Armorsmith (dvsand) said
What color are Israeli tracer rounds. I found pictures of red but also rounds of various other colors as well so I'm not real certain. Thanks.

REPLY & QUOTE
ReluctantRenegade (Israel) said
The tip of those rounds is red. What other colors did you see?

REPLY & QUOTE
Armorsmith (dvsand) said
Don't remember but next to the photo of the red tipped rounds was a photo with different caliber rounds with different color tips so that's why I was confused. Thanks much for the clarification.

REPLY & QUOTE
Armorsmith (dvsand) said
Thanks Israel. I am assuming that the .50 normally had the red tipped rounds.

REPLY & QUOTE
ReluctantRenegade (Israel) said
Probably every fifth. Due to their inferior ballistics they're less accurate than regular rounds.

REPLY & QUOTE
18Bravo (Robert Skipper) said
Does Israel produce its own .50 ammo now? I know they produce their own tank ammo. US .50 cal tracers come in orange, red, and maroon. I've seen mainly orange, occasionally red, but so far never seen maroon. Besides, I like to play with the more exotic mixes... 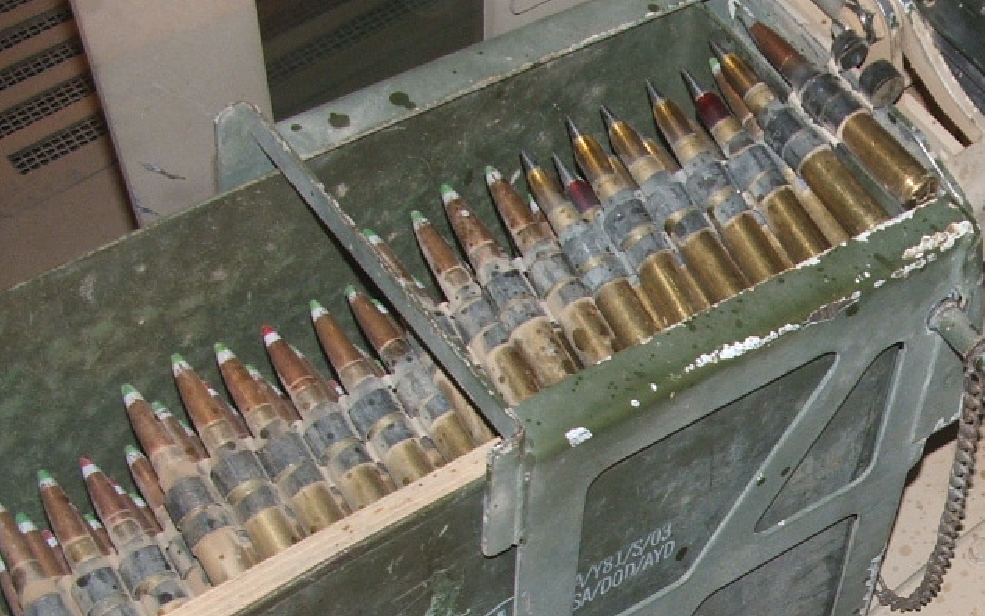 Probably every fifth. Due to their inferior ballistics they're less accurate than regular rounds.

Factory loaded they come 4/1, although as you can see from the photo you can customize your mix easily enough.

In smaller calibers, tracer inaccuracy can be a bit of a problem. In .50 cal. it's negligible to almost nonexistent. Besides, unless we're shooting single shot for accuracy purposes, it's an area weapon as we like to say. There are forces that tend to equal one another out when talking about accuracy with .50 tracers.