World War II
Discuss WWII and the era directly before and after the war from 1935-1949.
Hosted by Rowan Baylis
Do 217 B-4 Build 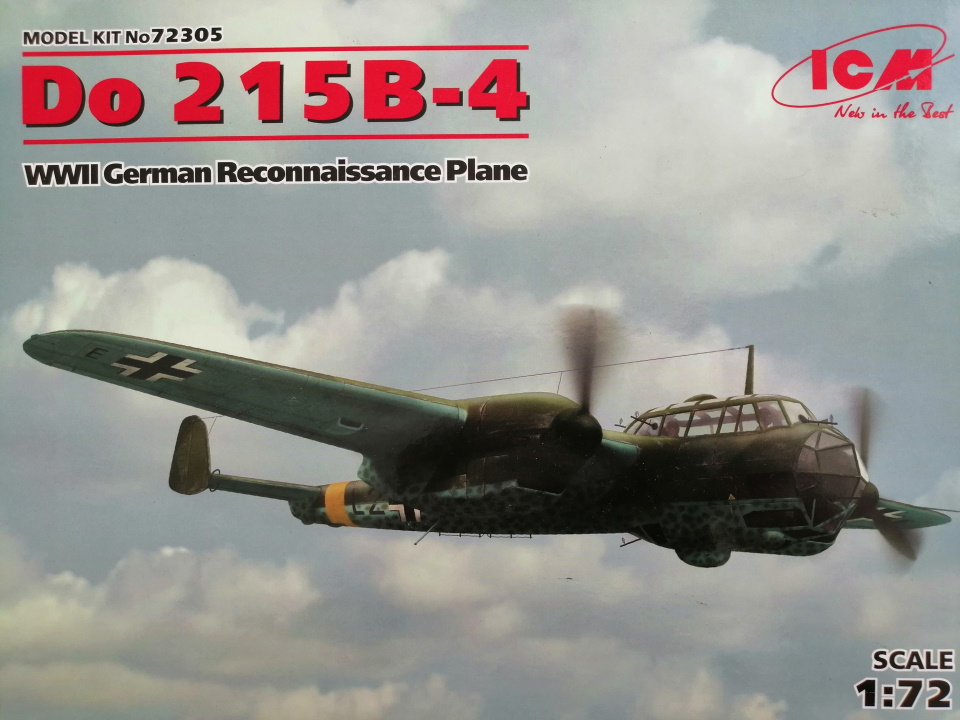 Another reconnaissance project that I have fancied making for some time is the ICM 1/72 scale Do 217 B-4. I normally prefer 1/48 subjects but 1/72 scale lends itself very well to multi engine subjects if shelf space is at a premium. Im having to spend some time filling and sanding my current project the Kinetic 1/48 scale Mirage III R/S so I have the opportunity to start something new.

The detail looks very good indeed and there are plenty of parts for the cockpit to make it very busy. There are a few recessed ejector pin marks to fill on the inside of the fuselage. 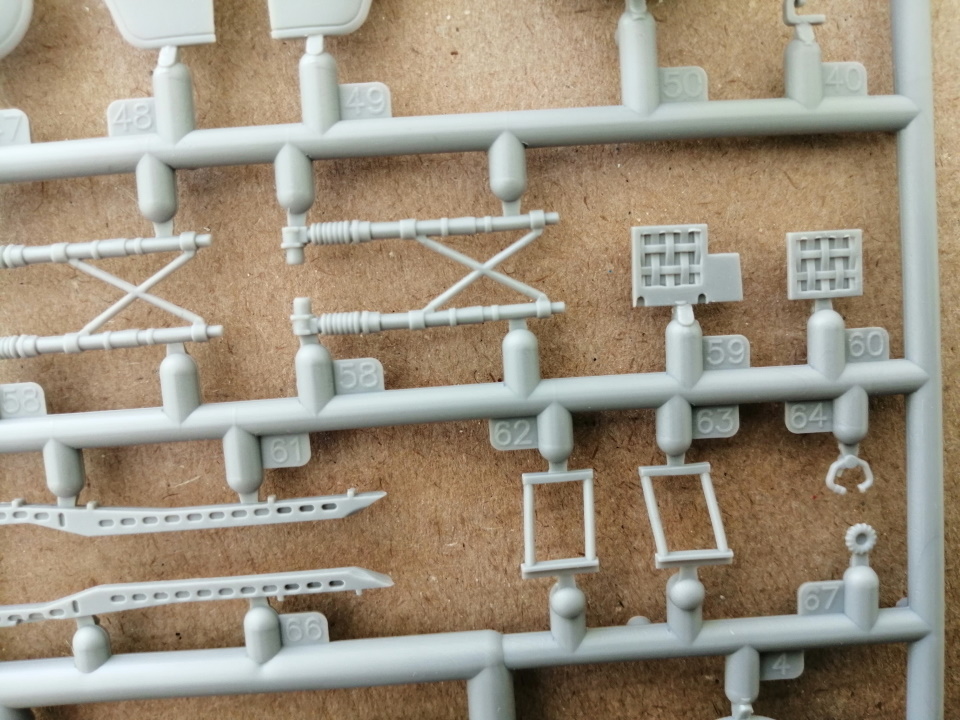 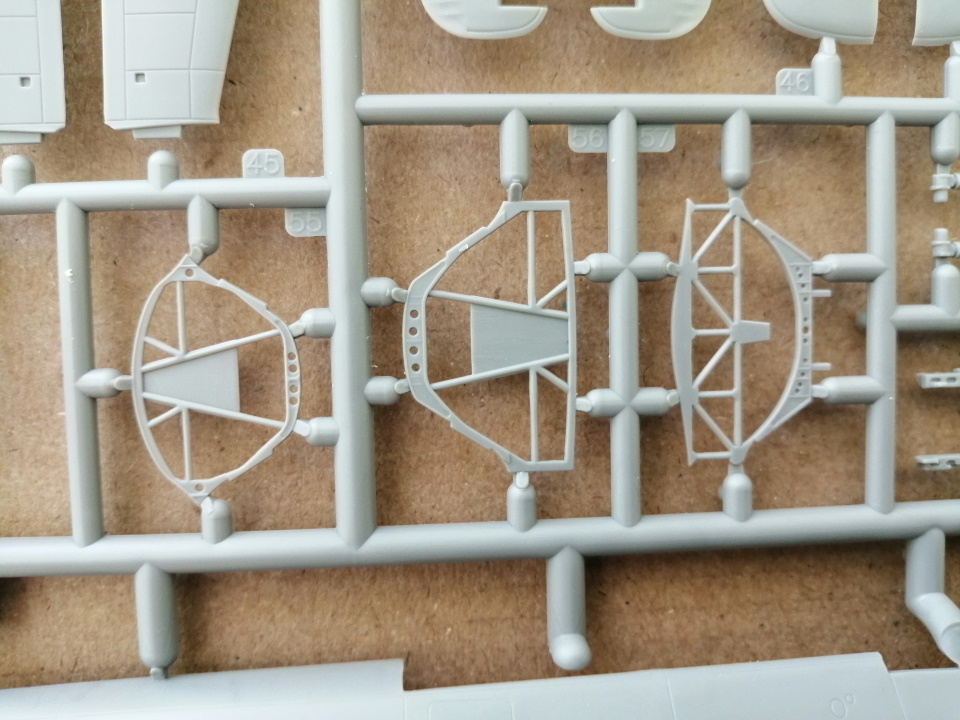 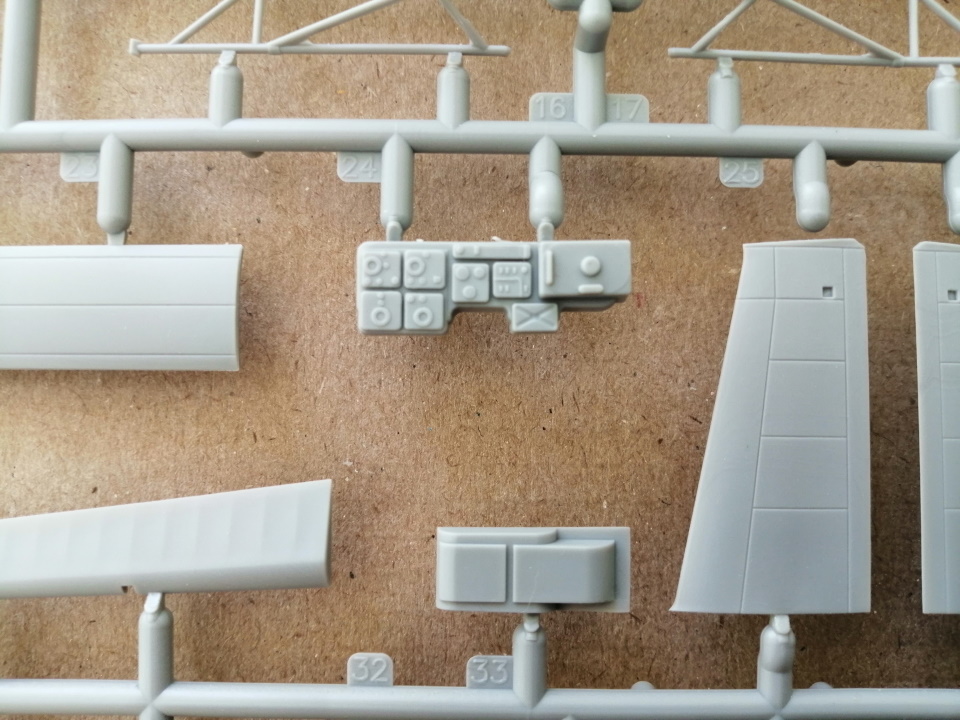 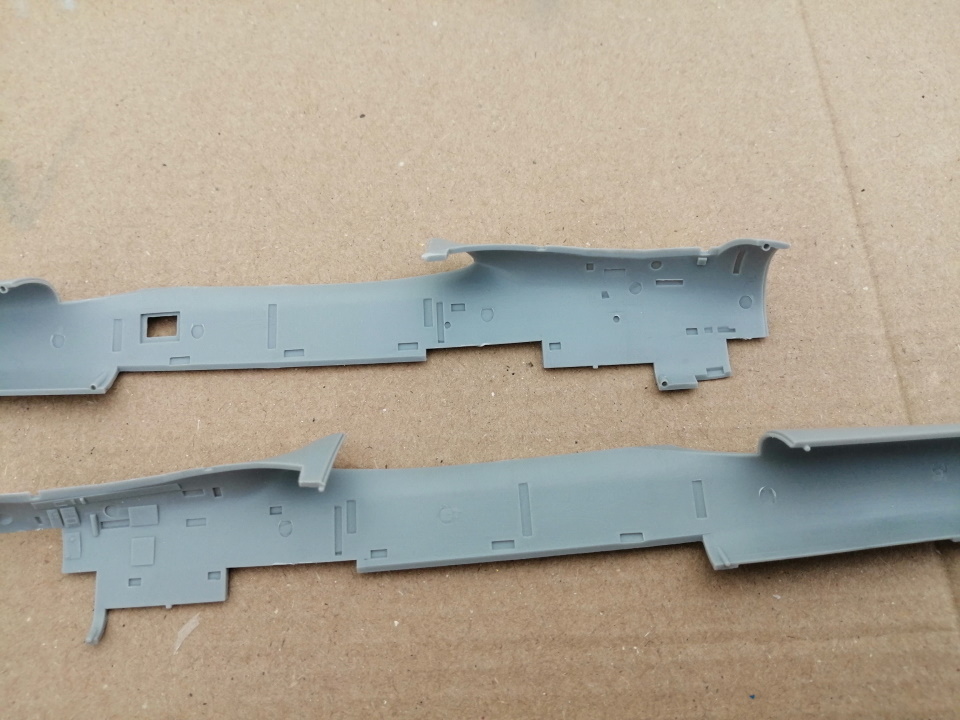 REPLY & QUOTE
brekinapez (Shell Bush) said
I know it would eat up a lot of real estate but I would love one in 1/32. I know the detail on 1/72 has risen dramatically but I just don't have the eyes for it. I'd have to hold what I'm doing at arm's length.

On the plus side, limited options in my scale saves me money.

I know the detail on 1/72 has risen dramatically but I just don't have the eyes for it. I'd have to hold what I'm doing at arm's length.

I must admit I do struggle with the scale myself Shell. I'm short sighted so I can see detail pretty well close up without specs. But it is a challenge particularly with the small parts whether plastic or decals.
tim

REPLY & QUOTE
litespeed (Tim Hatton) said
I started building up the crew compartment and bomb bay. A large fuel tank is added in the bomb bay once the fuselage halves are joined. Also added some seat harnesses. You have to be careful removing the detail for the bomb bay as the parts are very fragile and will easily distort and break if you use a sprue cutter. I ended up separating them from the sprue using a fine saw. 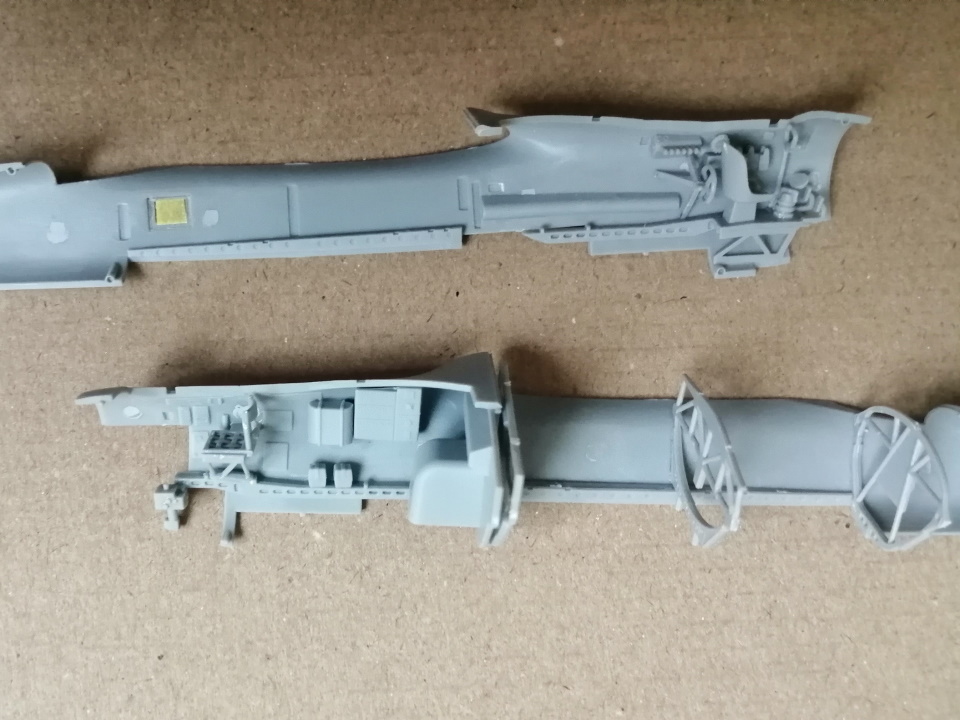 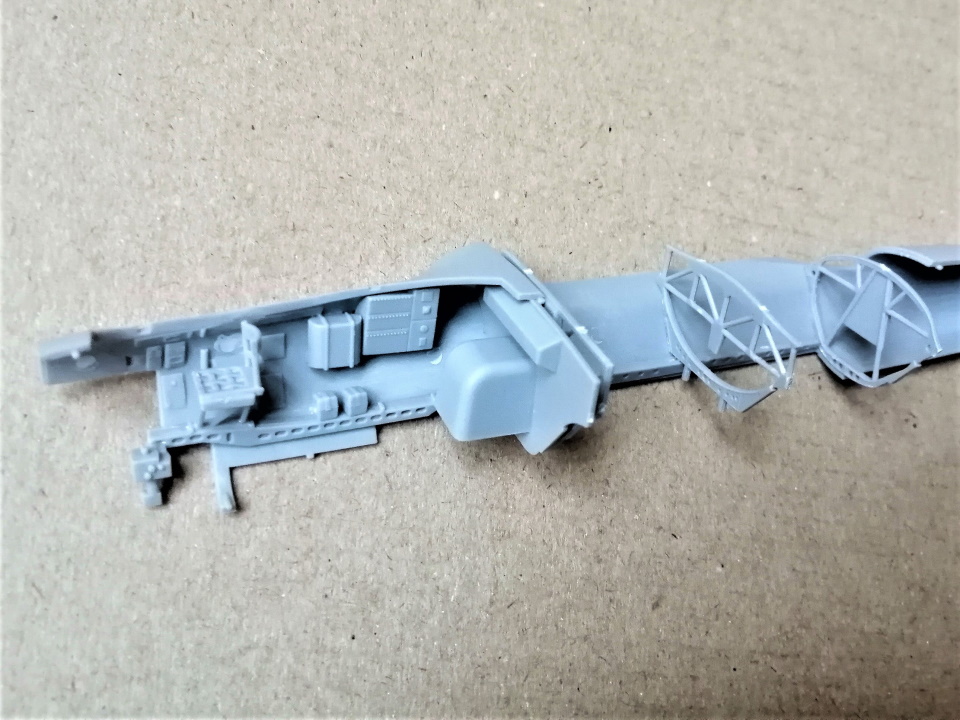 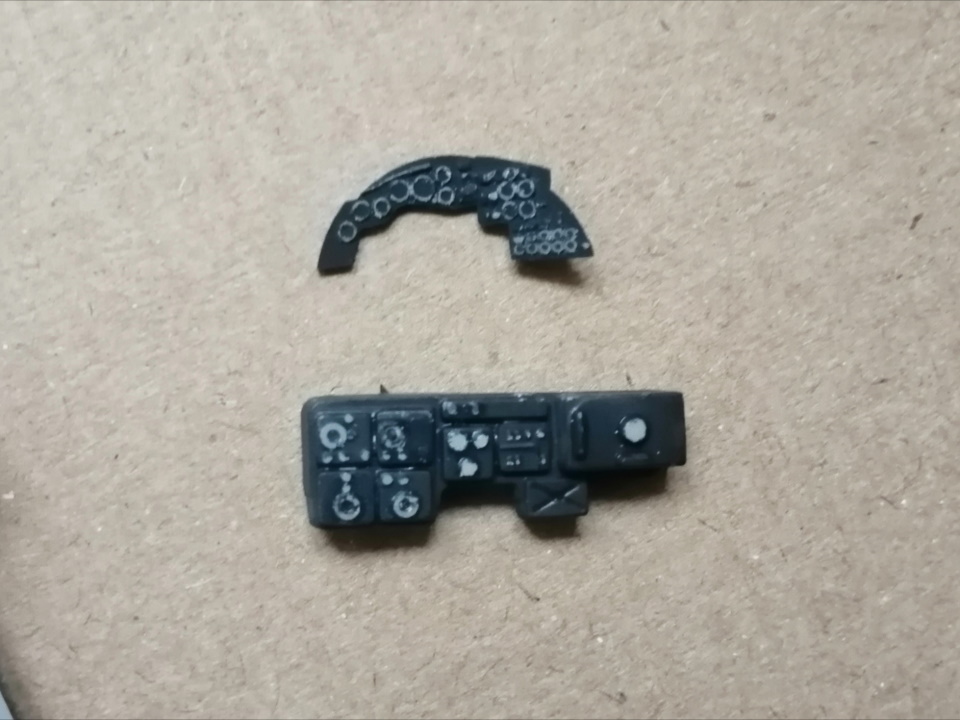 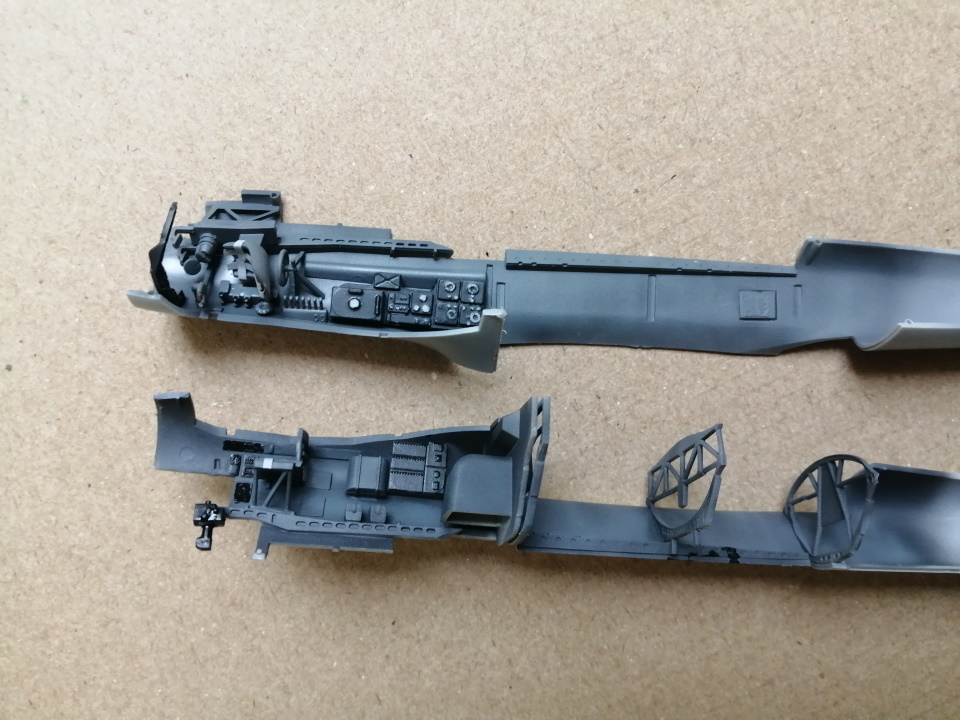 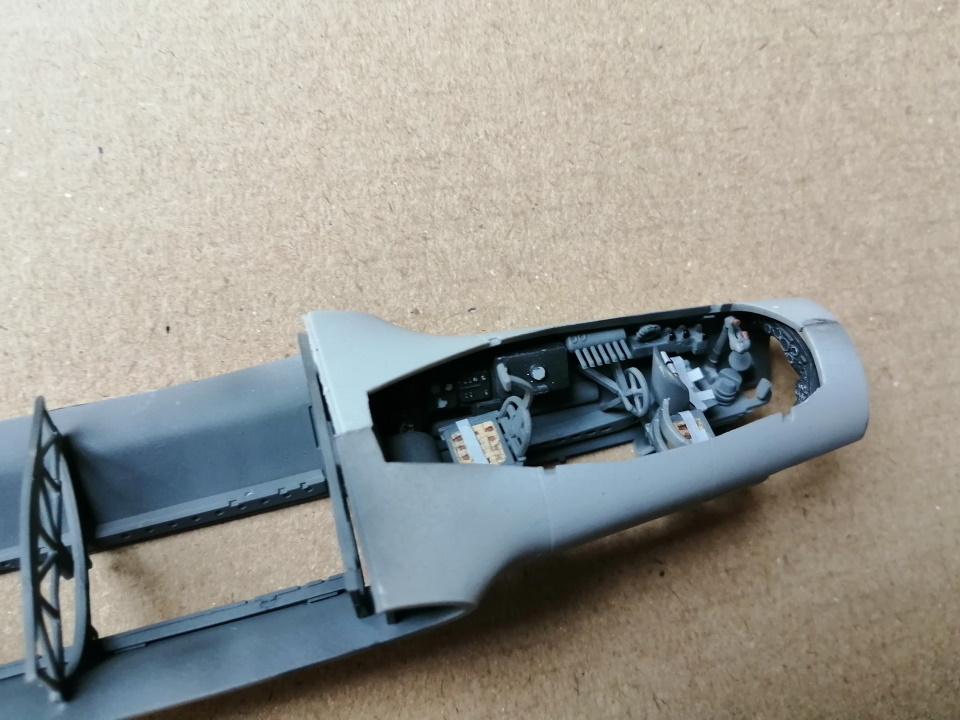 REPLY & QUOTE
GazzaS (Gary Shively) said
Tim,
I built this one quite a while ago. I found it nicely engineered, but the most fragile of the landing struts were all broken. I ended up jury rigging the LG with brass rod and tube.

The clear parts fit well, but were very bubbly. Dipping in future helped a bit, but not enough. Hopefully yours are better.

Looking forward to your result.

REPLY & QUOTE
"Artillery adds dignity, to what would otherwise be an ugly brawl."

I found it nicely engineered, but the most fragile of the landing struts were all broken. I ended up jury rigging the LG with brass rod and tube.

Hi Gary, yes the instruction suggest attaching the retraction arms early in the build of the nacelles, but I suspect I will try and attach them after painting. Always a dilemma for manufactures to give the landing gear a scale appearance or make them a little thicker and stronger.

The clear parts fit well, but were very bubbly. Dipping in future helped a bit, but not enough. Hopefully yours are better.

REPLY & QUOTE
magnusf (Magnus Fridsell) said
I'm along for the ride! Looks like a very nice kit, I love the detail level in the cockpit.

I'm along for the ride! Looks like a very nice kit, I love the detail level in the cockpit.

Hi Magnus, yes I'm impressed with the detail in the cockpit too.
One thing that is really noticeable about this release is how soft the plastic is. Good in that the detail is very good and it responds well to Tamiyas extra thin glue. But there is a fair bit of give in the plastic when the fuselage halves and wings are joined. ICM has designed into the inner wings thin pillars to provide some support. They are just too thin and in reality, they dont give that much support, so I replaced them with sections of sprue. I maybe being a bit overly cautious here, but I dont want to hear anything crack as Im handling the model during painting. 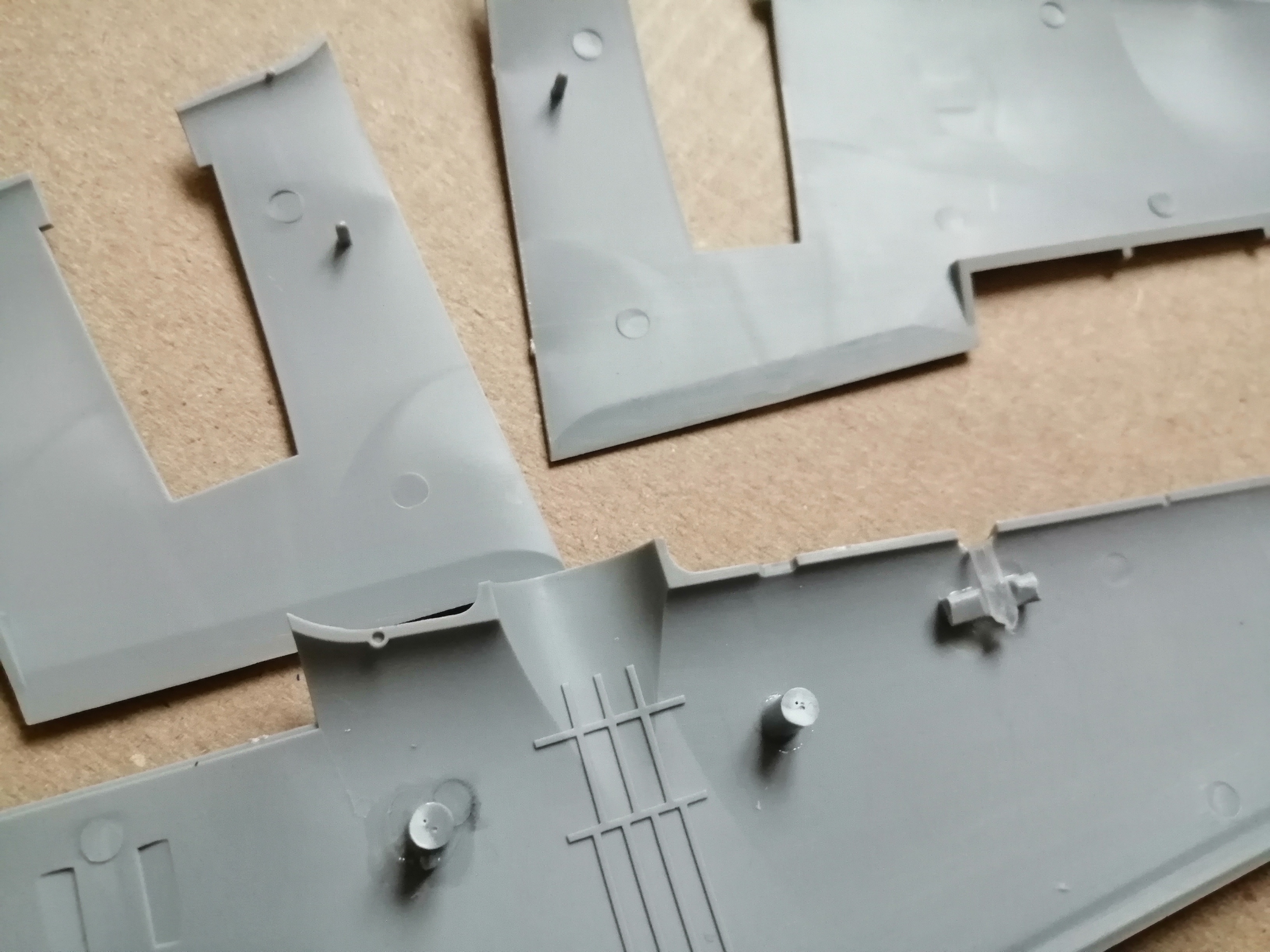 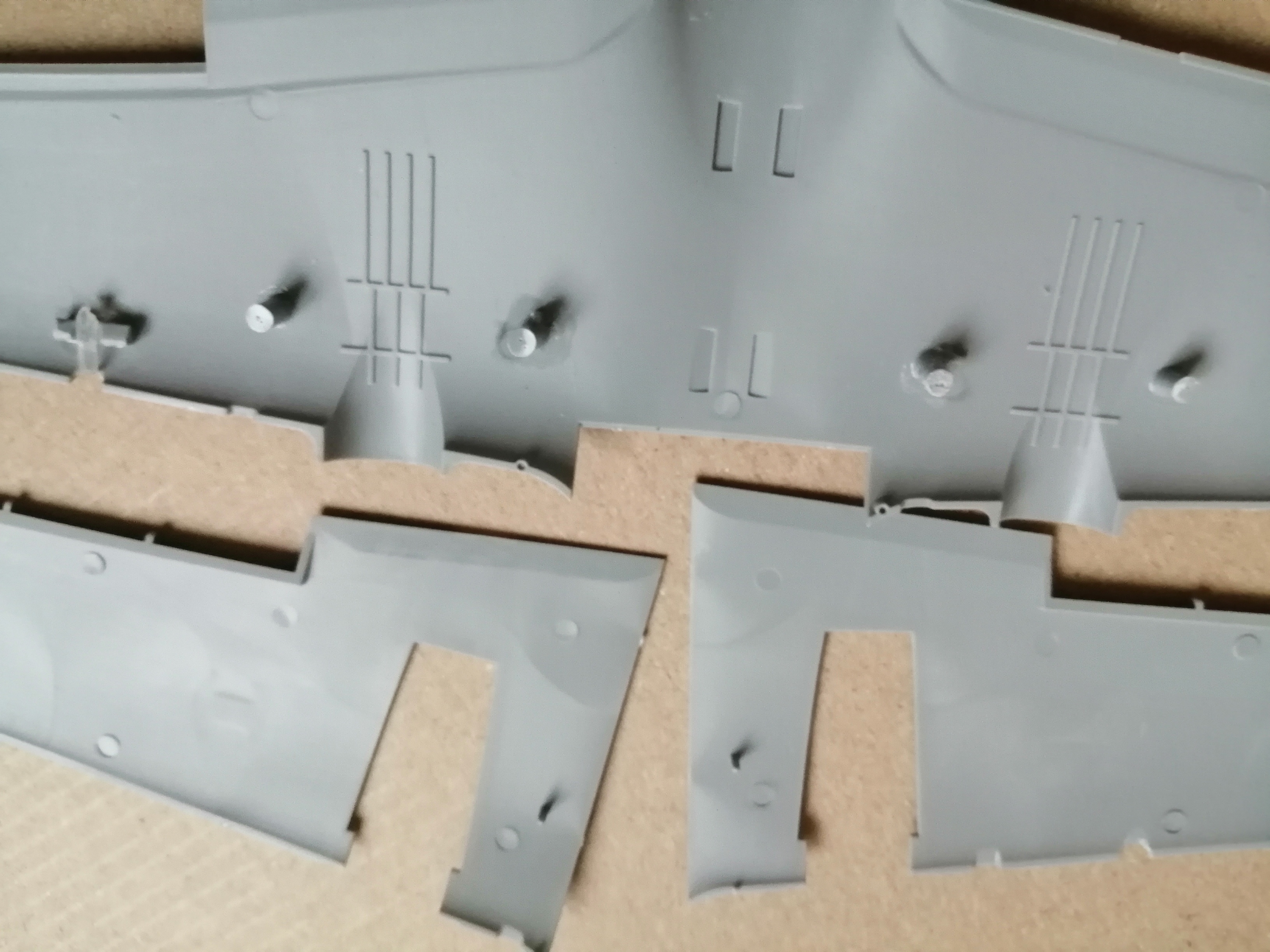 REPLY & QUOTE
litespeed (Tim Hatton) said
Glued the fuselage halves together and then fitted the long range fuel tank into the forward bomb bay. The rear bomb racks were fitted to the rear bomb bay. The fit of all the parts so far has been excellent. 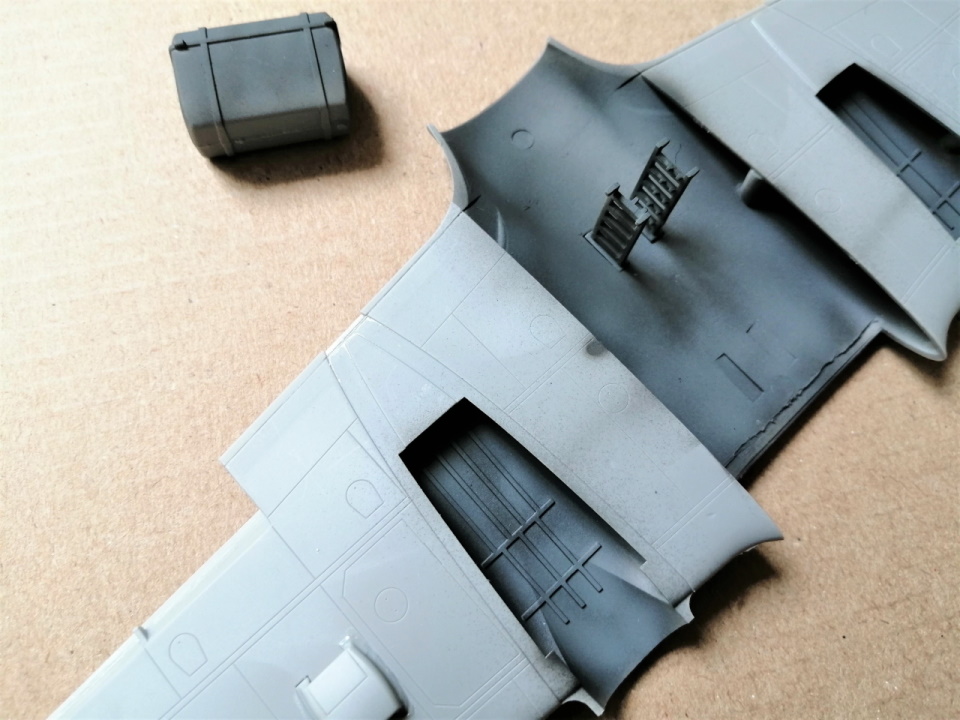 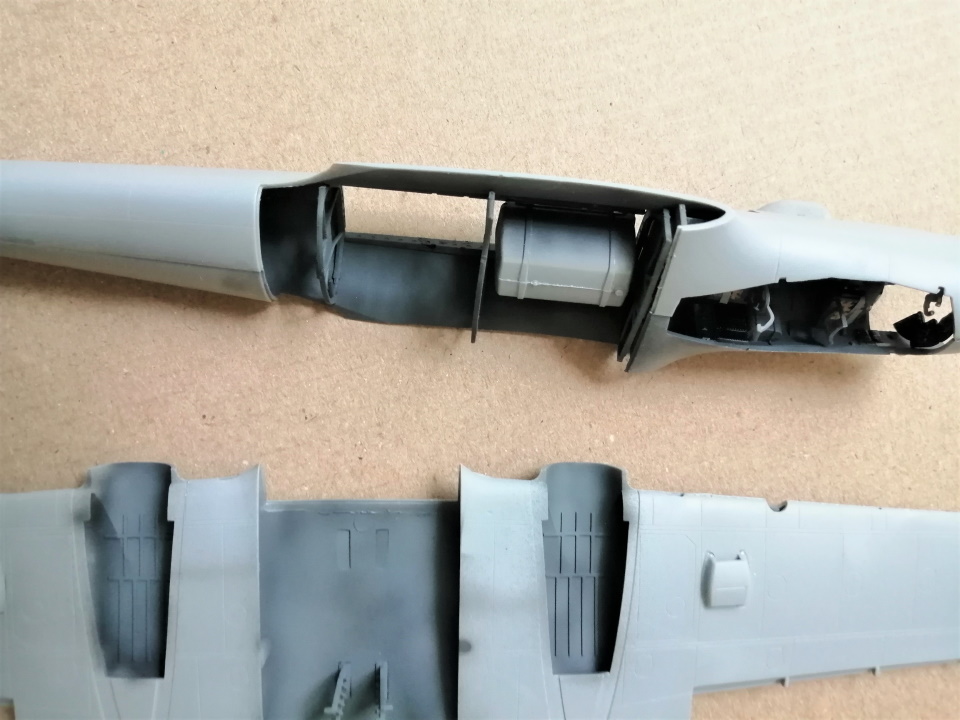 REPLY & QUOTE
litespeed (Tim Hatton) said
Fuselage, wings and tail fins now joined. I used a little Mr Surfacer [1200] in the joints particular around the wing root on the under surface. Its not that its a bad join, but the gap is larger than the surrounding recessed panel lines. Im liking this kit a lot 😊 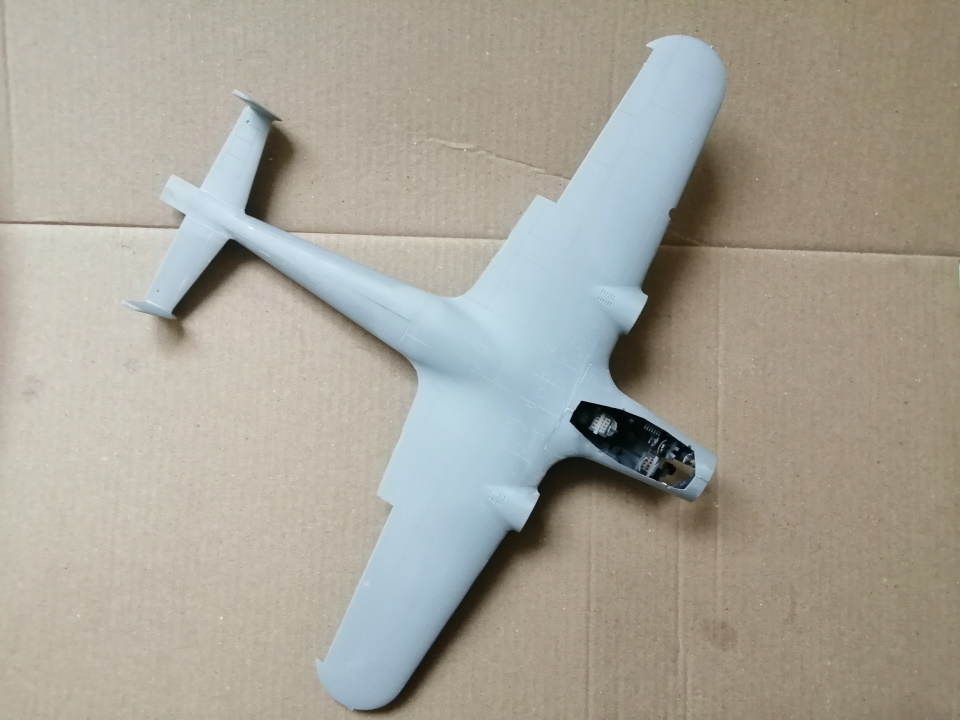 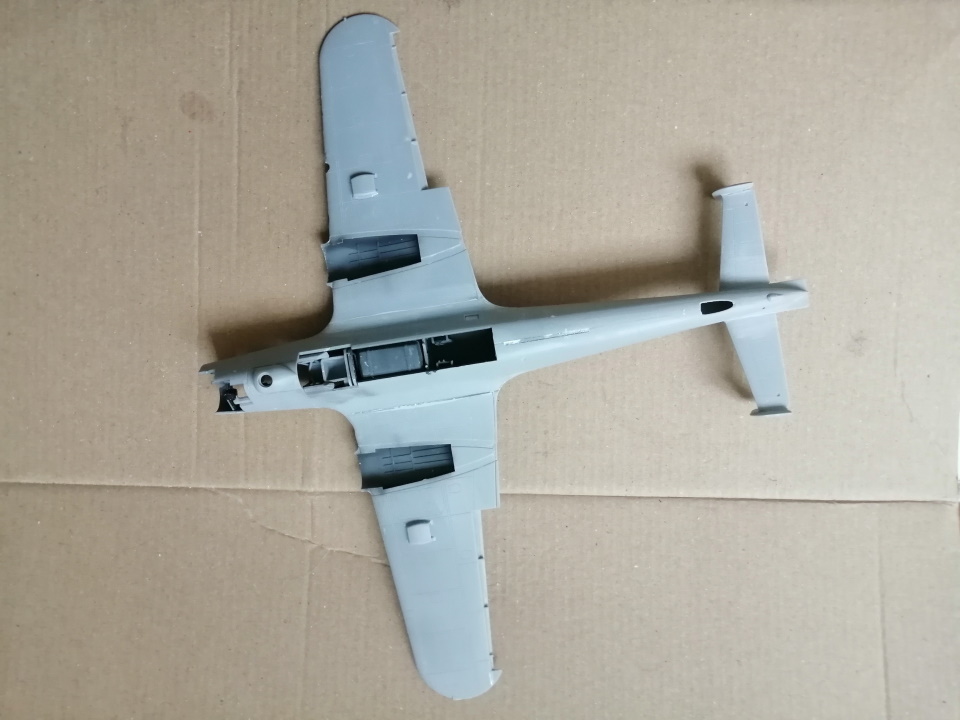 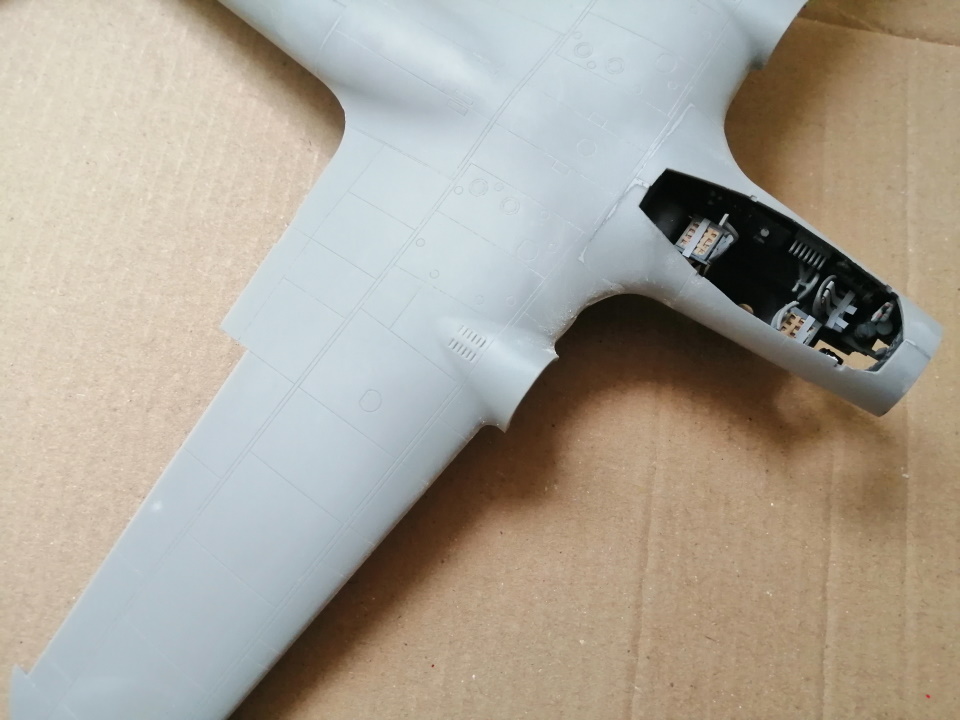 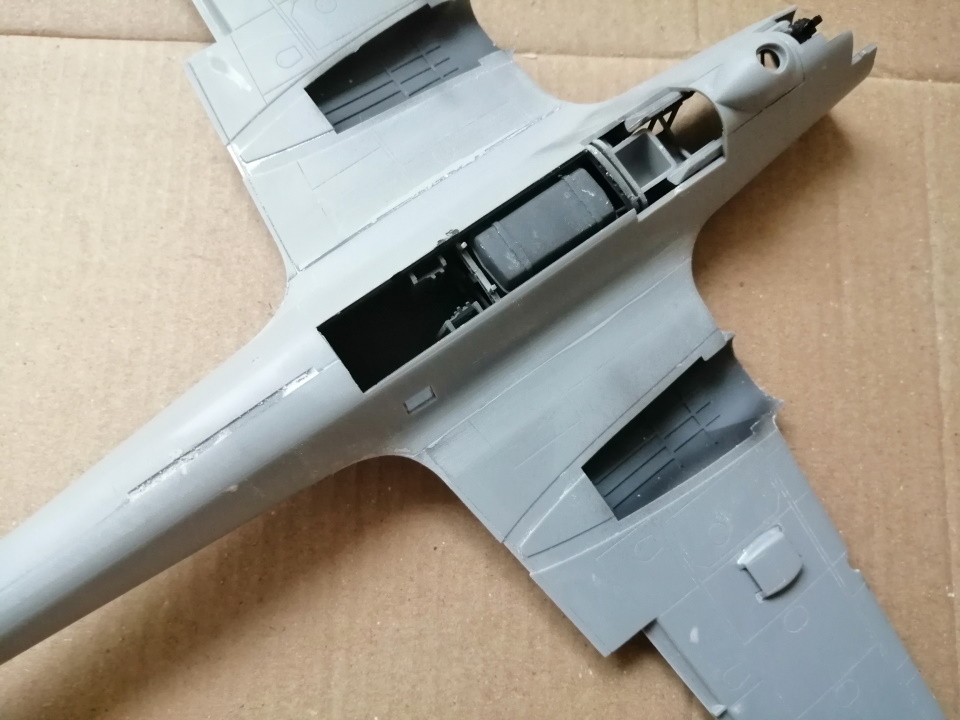 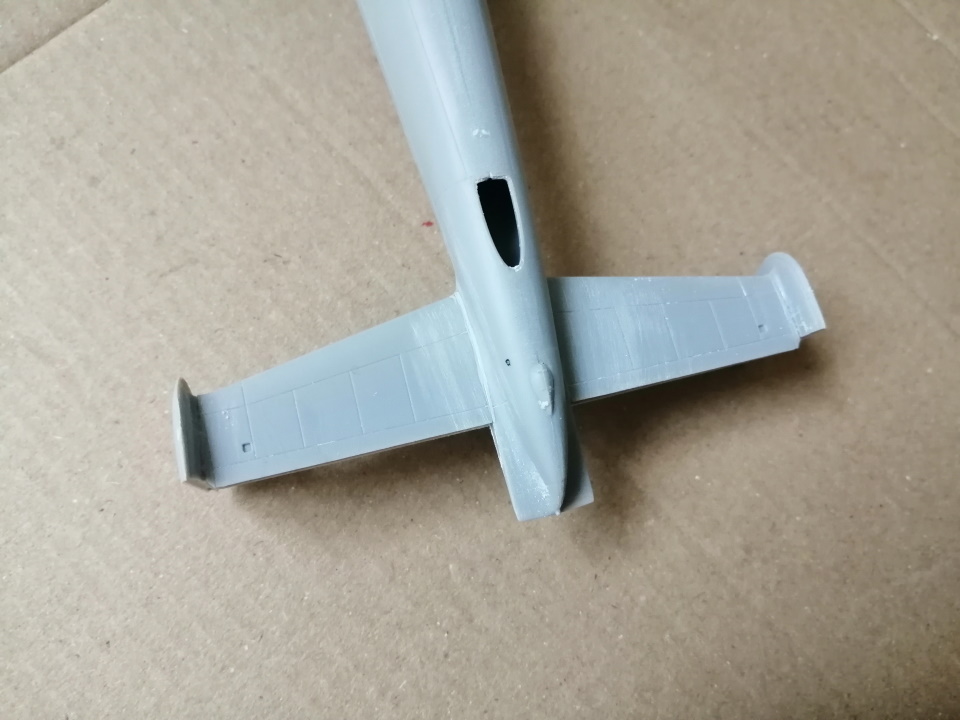 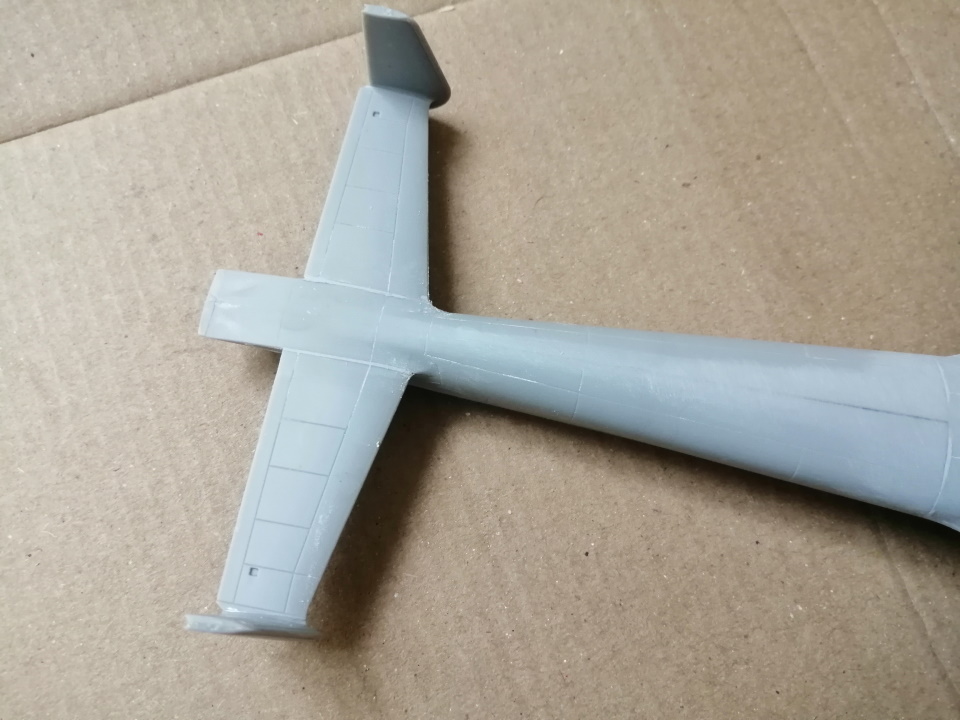 REPLY & QUOTE
litespeed (Tim Hatton) said
The engine nacelles have been completed. There are quite a few parts something around fourteen for each nacelle. Normally with that many parts the fit can be questionable, but not in this case. All the components fit very well. I prefer the look of the inline engine nacelles compared the radial look. Talking of engines there are two included with this release along with the engine braces. There are eleven part to each engine.
ICM would have you attaching the undercarriage retracting arms early on in the build of the nacelle. I elected to leave them off for now as the risk of breakage is high.
The glazing for the lower part of the crew compartment has also been added, again a very good fit. 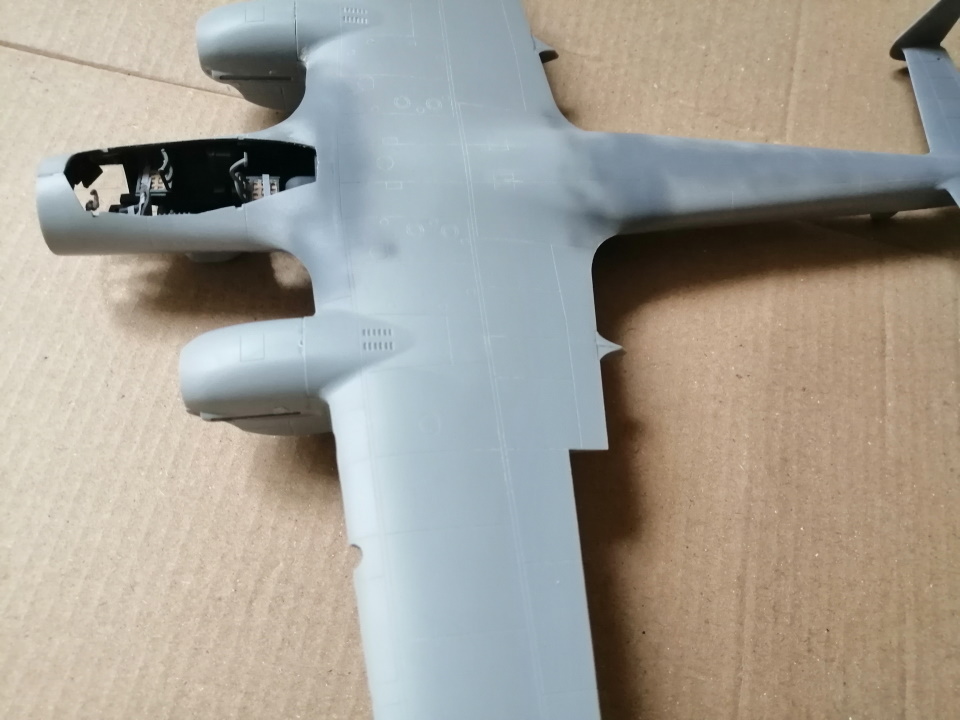 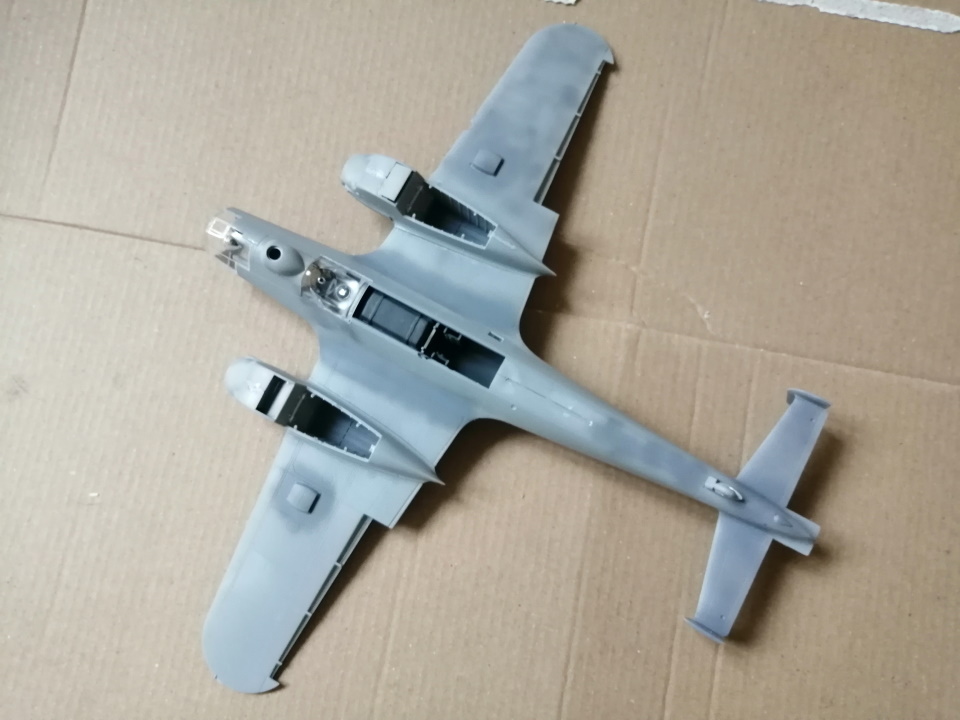