You are viewing the archived version of the site. Go to aeroscale.net for the current dynamic site!
mainWorld War IIGreat Britain

REPLY & QUOTE
magnusf (Magnus Fridsell) said
Damian! Thanks! A friend of mine recommends annealing the etch before working with it but I didn't think of it this time, it makes it a lot less springy! 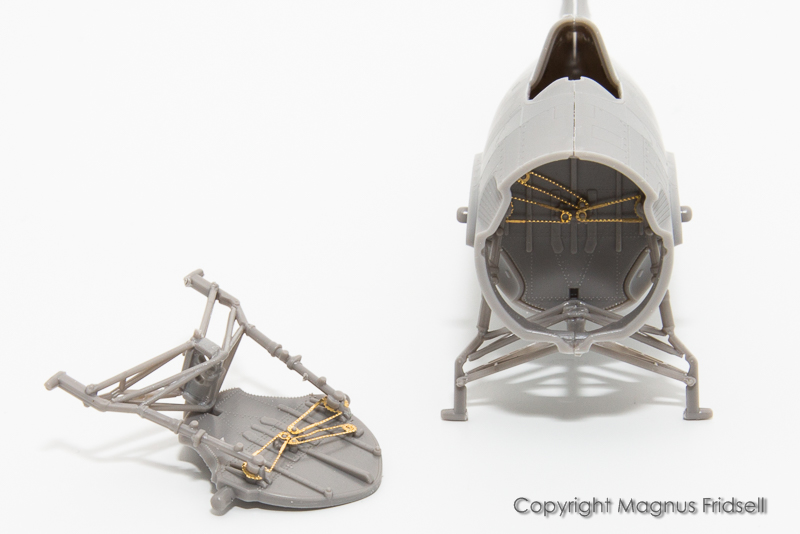 Landing gear. Make it or break it on a Wildcat and another one of those "kit in the kit" instances! The Arma design worked remarkably well with a bit of care, I do however recommend that the gear is glued to the firewall in the same process since following the instructions and installing the gear last will lead to some very fiddly hidden gluing of the upper attachment points. Also, this ensures that everything is straight and square, even if the design is clever I think there is a slight risk of getting things a bit lopsided... The disadvantage is that the model has to be handled with the gear on from now but it is reasonably sturdy and with care it should work out well.

REPLY & QUOTE
AussieReg (Damian Rigby) said
Very fine detail for 1/72 on those engines, nice work getting the PE to behave!

REPLY & QUOTE
magnusf (Magnus Fridsell) said
Tim! Indeed it is! I would say they are in the same league as Eduard!

Luciano! I think I pass on the horse drawn stuff (scary things those horses

) but I have to admit that I've been tempted by the ACE Salamander. I think there is an Austin in my stash as well. And a Thompson refueller but that's rather the opposite of a fire engine

José and Damian! Thanks for following, I'll make good use of that motivation

I thought I was through the worst with the etch, turns out I wasn't... 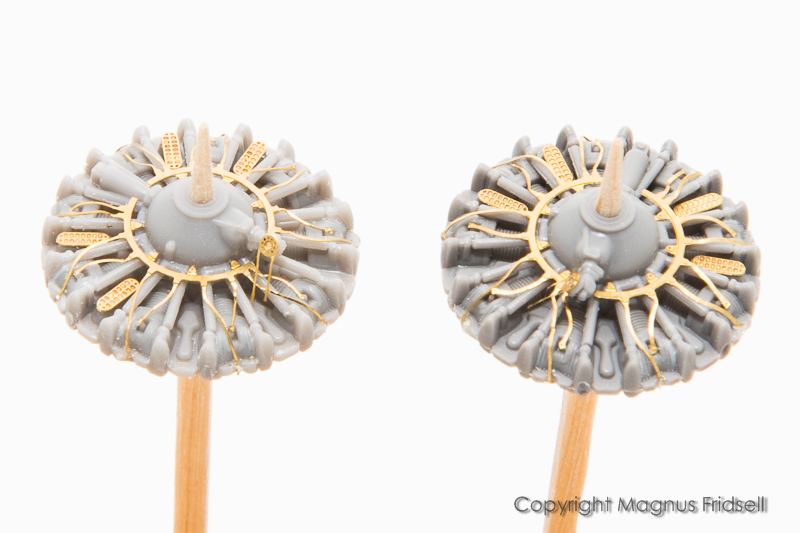 Before you, you see more than two hour's worth of work. Getting the spark plug ends of the harness in place was a tedious process! Since etch is rather springy it is difficult to bend it down and getting it to stay in place. Super glue accelerator applied by a small brush (now sadly deceased...) finally did the trick: bend to shape, a drop of glue, push it towards the contact point with a toothpick and apply accelerator. I have always disliked the smell of that stuff (it also gives me a headache) but spraying some of it into a small container and keeping a lid on it between usage made it bearable...

REPLY & QUOTE
AussieReg (Damian Rigby) said
I'm jumping on board for the ride here as well, looks like a very nice kit.

REPLY & QUOTE
Littorio (Luciano Satornetti) said
Magnus nice progress and thank you for the heads up.

Im far from even starting mine so anything you spot Ill make a note of, currently I have a few 1/72 fire engines and airfield rescue vehicles on the bench.
1890 Shand Mason horse drawn fire engine (Langley)
1914 Dennis fire engine (Keilkraft)
1940 RAF Austin K2 Ambulance (Airfix)
2004 Maz AA-70 airfield crash tender (A&A Models)
Bit different and a splash of colour except the K2, there are more sitting in the stash as well.

REPLY & QUOTE
magnusf (Magnus Fridsell) said
Friends! Just a quick update to show that I'm back and getting on with the build!

I spent last night in etch heaven/h..l depending on your viewpoint (mine usually leans towards the latter...) 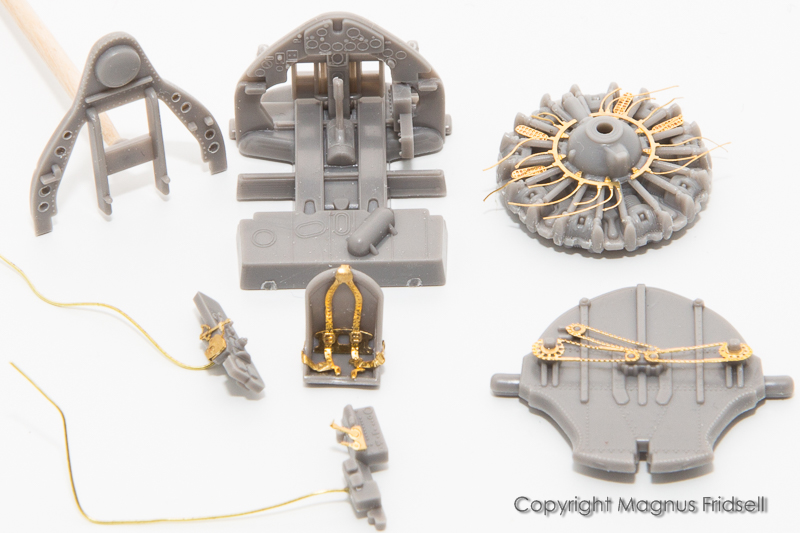 Lots of very well moulded parts goes into the cockpit, a small kit in itself! Etch adds the icing on the cake and is manageable, my main worry was the ignition harness that actually fitted well except for the fact that the numbering was the wrong way around (part 1 in the instructions should be part 2 and vice versa). Luciano! If you're not already beyond this stage, take note

! Finally, there is an etched instrument panel included as in most other Arma kit but it is still only the same as what comes in plastic (instruments are "solid" with no clear film to be added behind them) so I pass on that one as usual! As you can see, I still have some harness work to do but after that it's primer time!

REPLY & QUOTE
Littorio (Luciano Satornetti) said
Magnus another cool build to follow, last week I received a parcel from Arma with the expert Wildcat and an overtrees Wildcat plus those same decals and a Yahu IP, so you most definitely have my attention.

REPLY & QUOTE
litespeed (Tim Hatton) said
Excellent, will be following Magnus. i'm thinking of changing my paint source so will be interesting to see what your thoughts are on the AK paints

REPLY & QUOTE
magnusf (Magnus Fridsell) said
The Arma Hobby Wildcat was announced on New Year's eve, I had had high hopes for a B-Mustang

. After letting the disappointment cool down for a few seconds I was suddenly an enthusiastic Wildcat-guy proving that Arma can turn me into just about anything so Wildcat it is for this year's summer build

! It turned up here at the beginning of the week so with the Gladiator finished it was a quick starter! 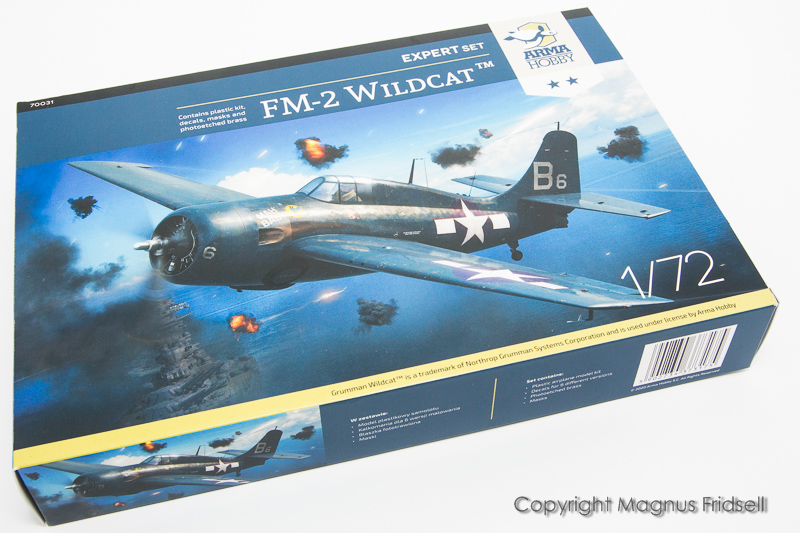 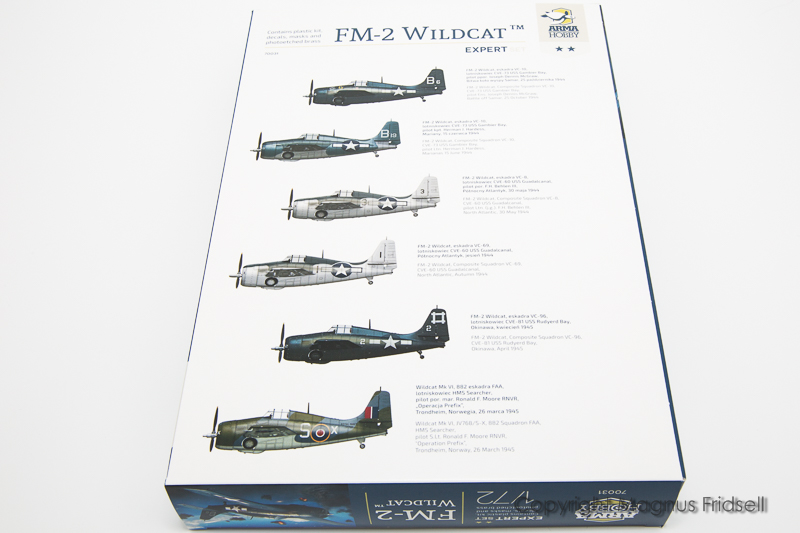 A nice variety of options! One will be British in green camouflage for sure, I haven't decided exactly what to do with the other one. Either British in overall blue or maybe an American in grey and white... 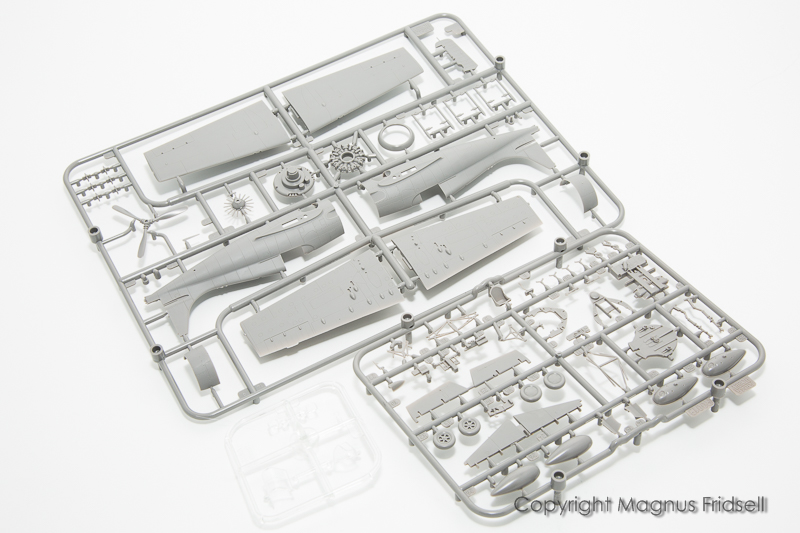 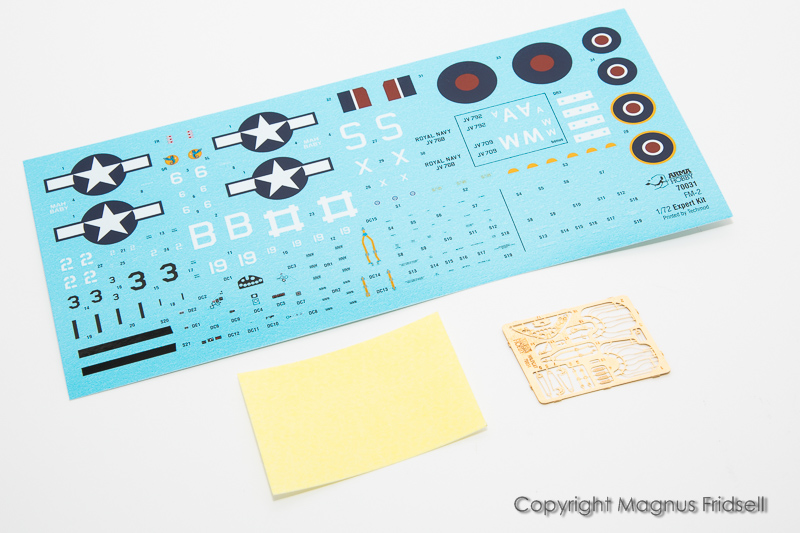 Decals, masks and a small fret of PE with mainly seat belts and an ignition harness. 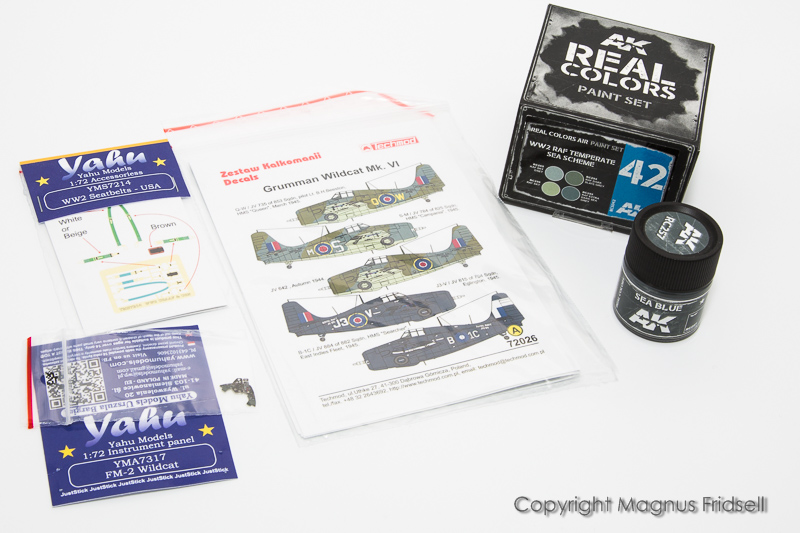 And while I was shopping anyway a small amount of extra goodies jumped into the bag... Arma will release a Wildcat VI later this summer but that version is simply an FM-2 made exclusively for the British market during WWII so the decals can be used for this kit as well! I've been curious for a long time about the AK colours, there was this perfect set for one of the schemes I'll be doing and complemented with a pot of Sea Blue, there should be everything I need. Stay tuned for a report on performance later

So, most important thing finished: blog started! Updates might take a bit of time to start coming since there is holiday- and family stuff to attend to for a few weeks!