I am looking for photos, schematics, built kits or anything that would help me understand how the wiring is set for the .50 cal machine gun.

Especially where these cables are going to...

might be a tall order but worth a try. 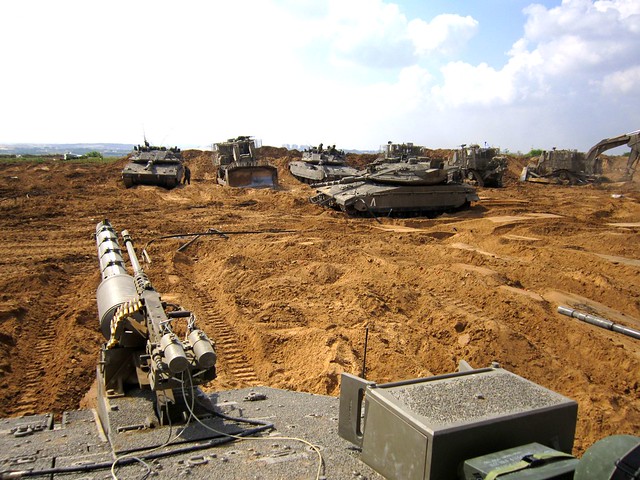 Looks like there are two main cables to fire it which are joined in a chunkier one and there are two thinner ones which seem to be attached with just carabines...?

REPLY & QUOTE
Johnnych01 (John Hagan) said
Could the smaller cables be for manually clearing any stoppages from inside when the crew are fully closed down? To cock it then refire ? 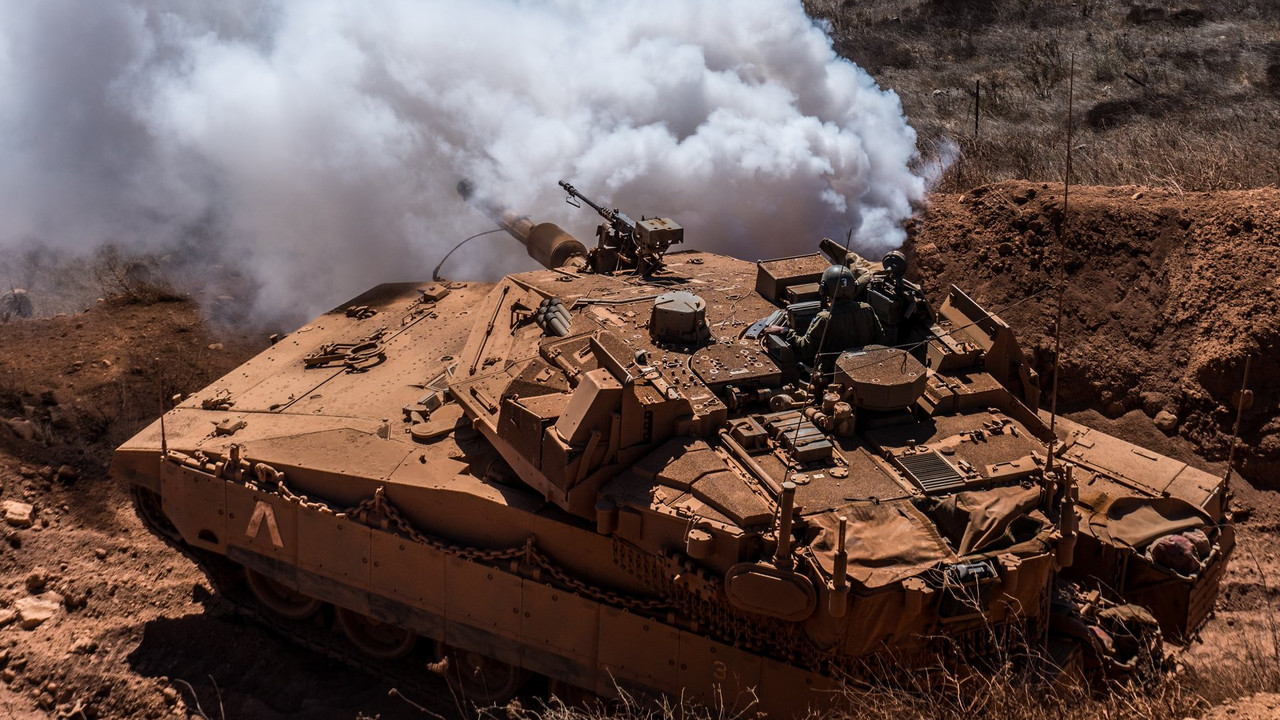 There are two remotely operated setups:

1. Manual with two cables for charging and firing the gun. This can be done either by the TC or the loader (mostly the latter as he's in charge of operating and maintaining the .50 cal). If needed, this setup can be operated fully buttoned up by simply leading the cables into the turret through an empty episcope slot. I don't think the manual setup is common on Mk.4s though... 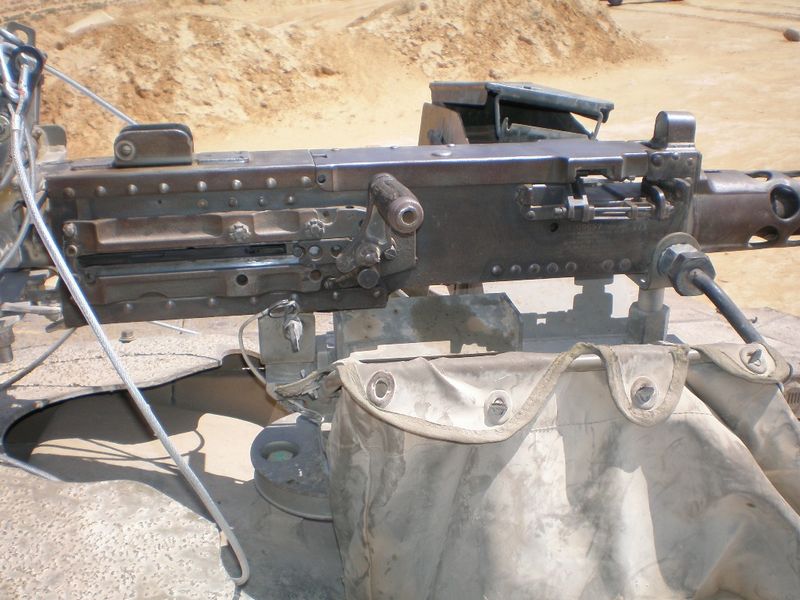 2. Electric system operated by solenoids. Most Mk.4s with .50 cal (not all of them have) feature this setup which comes either with casing to protect the solenoids... 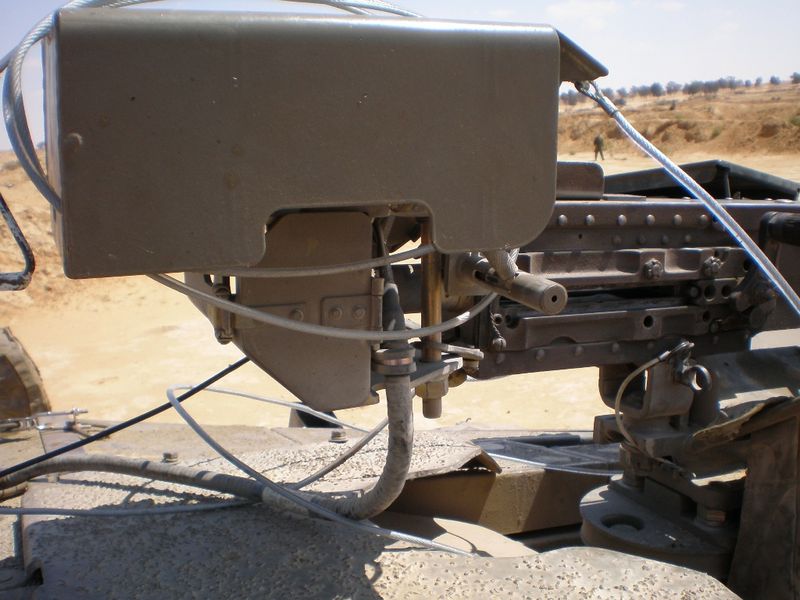 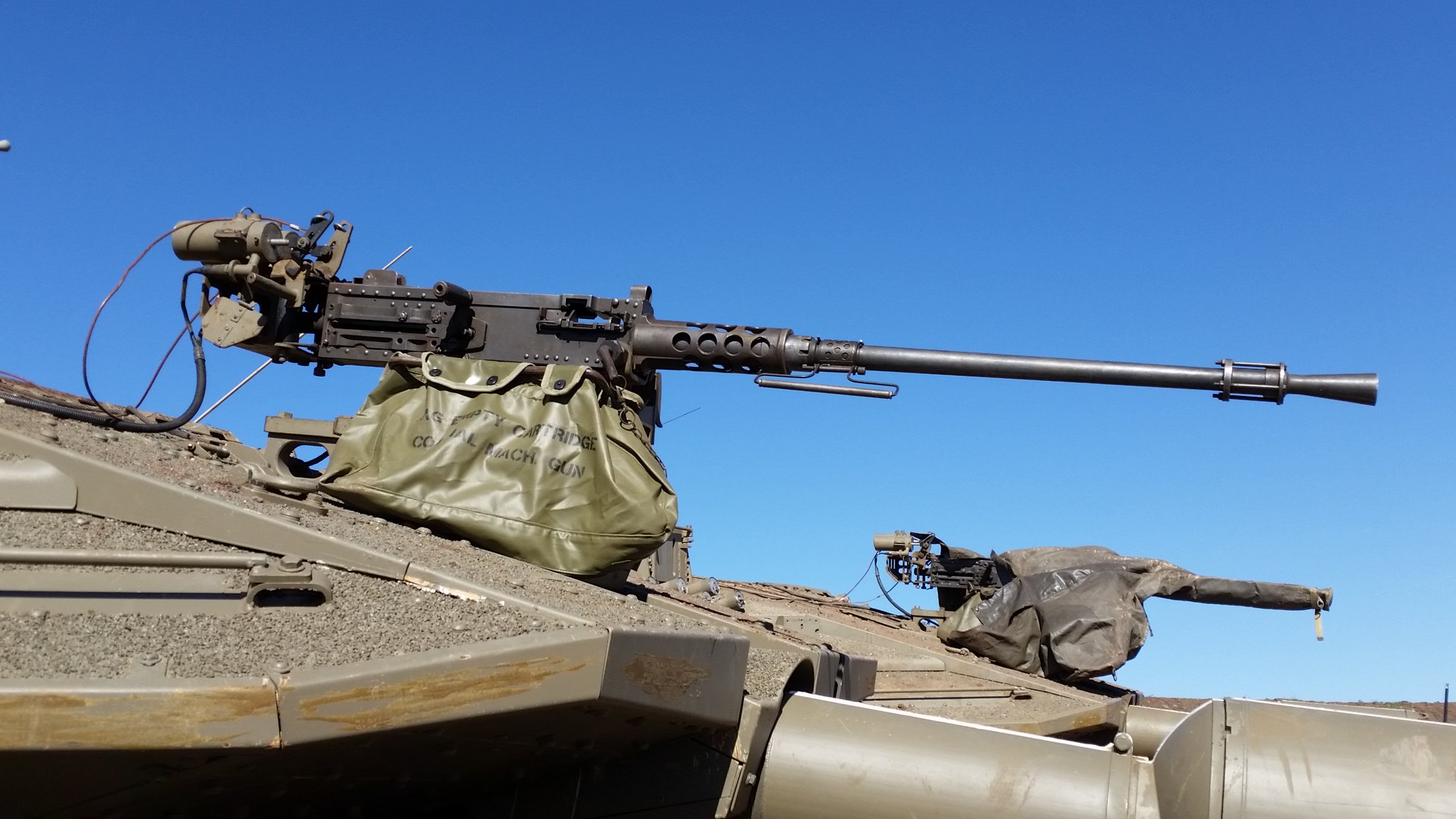 In some cases the electric cable just seems to be laid rather haphazardly as seen above and below... 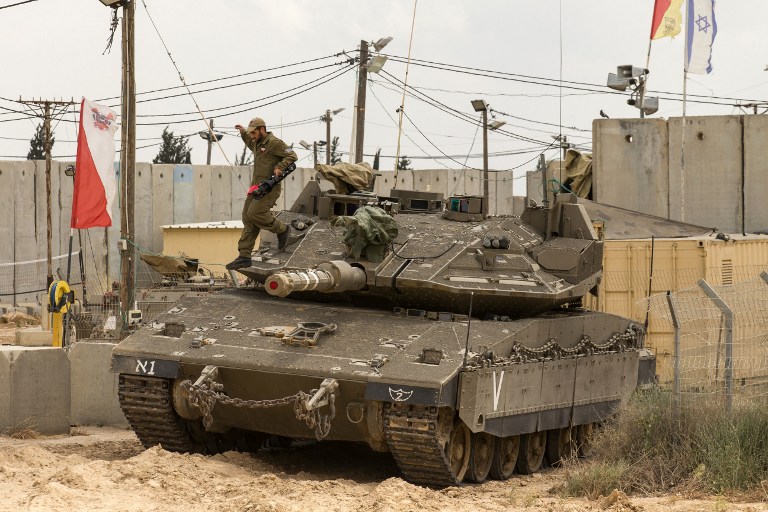 ...in some cases runs under protective cover. 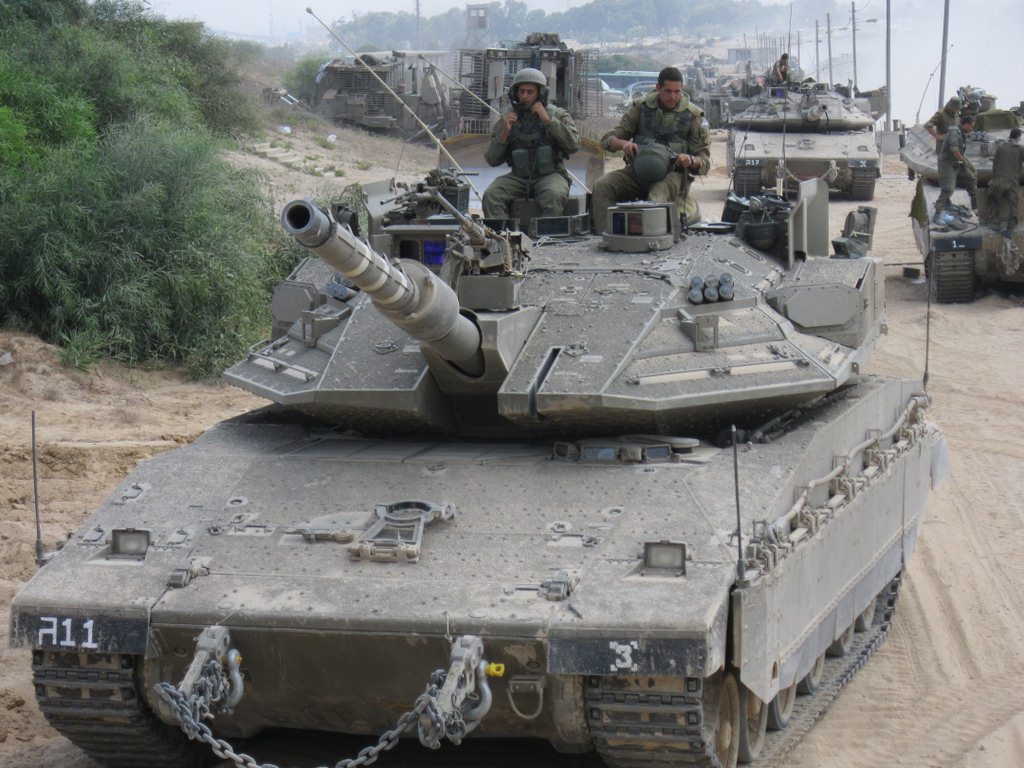 You also have this: the ammo box location suggests this is an electrically operated permanent fixture (just like on the tank above), but it lacks both the electric cable and the solenoids. Maybe the tank is simply not wired for accepting this setup therefore it's used in manual mode only, or the missing parts are simply dismounted. 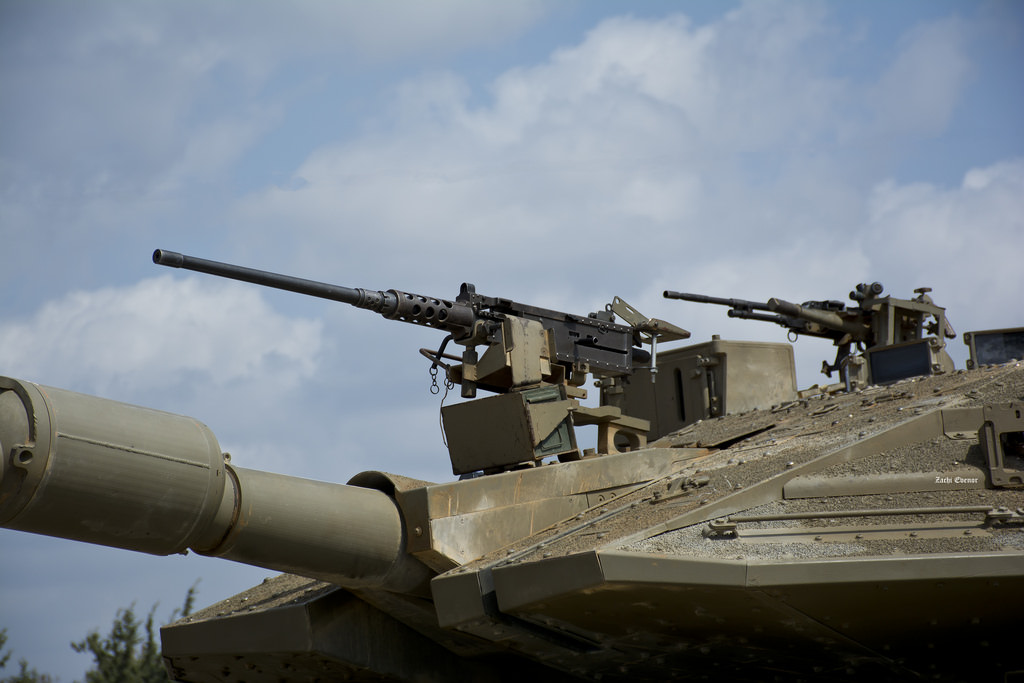 REPLY & QUOTE
JimboHUN (Adam Berhidi) said
Thanks guys, much appreciated! I just need to figure out where to attach the thin ones on the turret. The other one is clear.

I just need to figure out where to attach the thin ones on the turret.

That's easy: usually they're just thrown on the turret, although some lifting eyes on the turret-top armor might be utilized for that purpose.

REPLY & QUOTE
Johnnych01 (John Hagan) said
Being an ex tanker, light and heavy, I'm intrigued to actually know the reason for the .50 mounted above the main gun, is it just like an internal co-ax MG and for supporting fire ? I take it that it's slaved to the main gun controls ? Or not ??
I seen it on nearly all IDF armour over the years, but never really thought about the usage of it till now.

I am unsure but read somewhere that these 0.5 cal MGs are used to help aiming of the main gun. Some shots with the 0.5 MG would provide reference for the main gun elevation etc...
Anyone has other info?

REPLY & QUOTE
afvaficionado (Malcolm Te Moananui) said
Hi Tamas
You mean like an RMG (Ranging Machine Gun)? I recall the IDF wasn't impressed by that solution in Centurion nor Chieftain, the thought being that the strike of the rounds would be obscured in combat.
Of course they might have changed their minds on that?

The other point is that the dedicated 50 Cal RMG's L6A1 had a shorter barrel
"The .50 RG User Handbook and Gunnery Instruction Notes are available. It appears that the modifications included a shorter, fatter barrel. The rate of fire was decreased and the muzzle velocity increased compared with the standard M2HB gun. The British L11A1 Observer round was developed from the US M20 AP/T. MV for these was 915 m/sec and 874m/sec respectively.

The short barrel was developed, in conjunction with other modifications to the M2 MG, to decrease the deviation in Mean Point of Impact (MPI) between each round in the three-round burst. The shorter barrel decreased the barrels harmonics (also sometimes referred to as barrel whip) set up by automatic fire - simply, a shorter, (and fatter) barrel has a proportional decrease in barrel harmonics. Combined with the greater time between individual shots because of the slower rate of fire, the L6A1 achieved consistently tighter groupings than the conventional .50 inch M2HB fired at its normal cyclic rate. The L6A1 had an MPI of 1 to 1.5 MOA  much, much better than a standard off the shelf M2HB, which is actually designed to have a cone of fire across a target area, rather than the pin-point accuracy required of the L6A1."
That quote from here - http://www.armortek.co.uk/Forum3b/viewtopic.php?f=23&t=3931&start=630 -
Suggests to me that it's not there for Ranging?

Being an ex tanker, light and heavy, I'm intrigued to actually know the reason for the .50 mounted above the main gun, is it just like an internal co-ax MG and for supporting fire ? I take it that it's slaved to the main gun controls ? Or not ??
I seen it on nearly all IDF armour over the years, but never really thought about the usage of it till now.

The answer depends on the time frame of your reference. The .50 Cal fixed to the barrell, as well as an additional MG on the turret, started to appear on IDF tanks after the Yom Kippur War.

During that war, the IDF lost large number of tanks to anti-tank missiles launched from well concealed, almost undetectable positions. The additional MGs were supposed to provide more suppressing fire during an assault. That probably wouldn't destroy them, but at least would keep the heads of those AT teams down.

During the '82 war those heavy MGs were probably handy during urban warfare. Interestingly, most of the Magachs and Shots that participated in the campaign did have .50s, most of the Merkavas (maybe all) did not. Some M109s also had this feature.

In the '90s, when I've served on the Mk.2B (and for a short period on the D in Lebanon), something must've changed, because we only used the .50 cal on certain trainings to simulate tank shells up to 1.500m. We always removed them before operational deployment in Lebanon, the West Bank and Gaza. 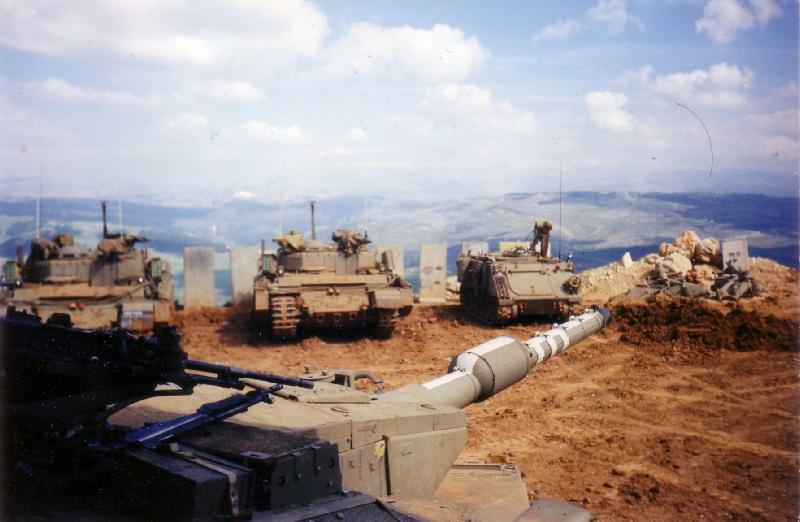 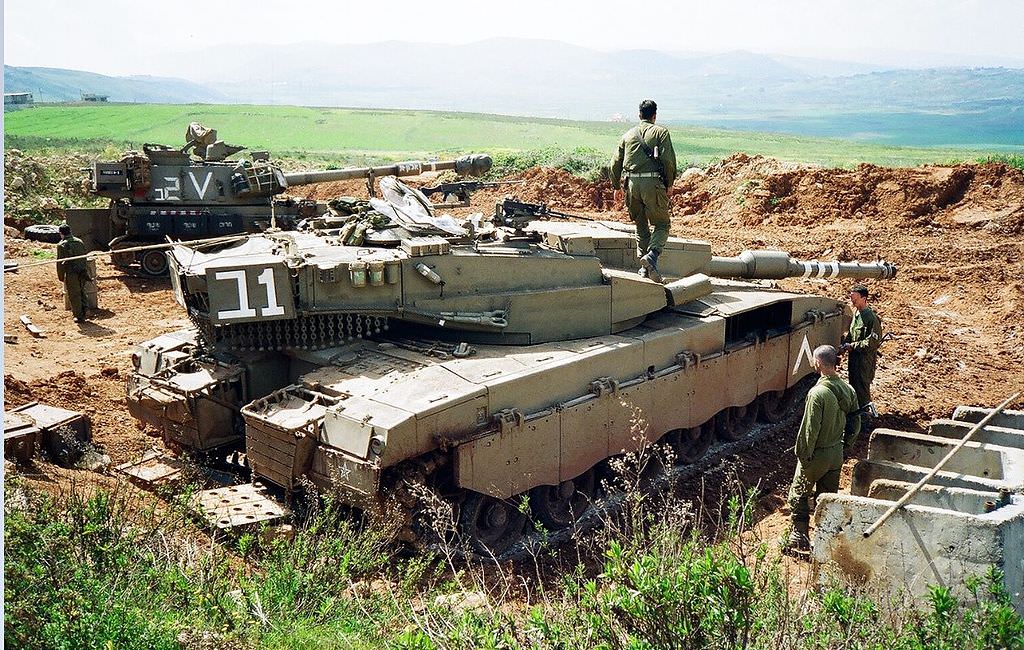 As a matter of fact, in case of an all out war with Syrians on the Golan Heights (the main focus of our training that time), we would immediately ditch the .50 cals. We've never been told why, but I guess they would've been useless anyway in the type of defensive war we were supposed to fight.

During the second Intifada (from late 2000 until about 2005 and occasionally since then) the IDF has found itself involved in an asymmetric, mostly urban warfare. In such scenarios the use of the main gun is limited, so I guess the additional firepower of the .50 cal as a beefier coax is appreciated. The .50 cal seems to be a more or less permanent fixture on operational IDF tanks ever since.

REPLY & QUOTE
Johnnych01 (John Hagan) said
Thanks for all that Israel, very informative and good to finally know more about them.

REPLY & QUOTE
TopSmith (Greg Smith) said
I'm hypothesizing that a few 50 cal rounds on an APC is cheaper than a main gun round and reduced having to resupply main gun rounds so frequently.

The cables go to the commander's cupola

Great pic!
Is this tank actually a brown color or is it just the light?
Thanks Dan

REPLY & QUOTE
Looking to meet other MN Armor modellers. I live in Buffalo.

Is this tank actually a brown color or is it just the light?

There are no Merkavas painted in brown. It's just accumulated dust.

REPLY & QUOTE
Looking to meet other MN Armor modellers. I live in Buffalo.