REPLY & QUOTE
jwest21 (Jason West) said
Does anyone have any interior pics from a Vietnam era M109? I wanted to use the Lack dog interior on the AFV club M109 I got today, but I need to see what changes need to be made. Thanks

REPLY & QUOTE
kinmanb (Bret Kinman) said
The Black Dog interior is ok. The directions are not very clear. For the turret, all a tight fit, you have less space to work with than you realize. I am building my A2 with the interior now.

You will have to trim a lot of resin to get everything to fit.

I'm not exactly sure how to address the rack for the warheads and the shells. I see the M109 doesn't have that, so where did the original M109 store the shells?

The Black Dog interior is ok.

I'm not exactly sure how to address the rack for the warheads and the shells. I see the M109 doesn't have that, so where did the original M109 store the shells?

After the M108, which had semi-fixed ammo, the M109 series started originally by replacing the projo storage in each rear corner of the hull from six to five. There were also a pair near the right front of the compartment. Propellant containers were stored on top of the "shelf' of the hull over the track. For M109's and M109A1's there was additional propellant storage in the upper left rear of the turret, which held ten containers. After the A1 they modified the turret and added a bustle in the rear for more projos, but the propellant storage remained the same. I just sent a photo to your email address.
In the meantime, this shows the hull arrangement for the projos and powder which remained relatively unchanged until the webbed seats were removed and more propellant was stored in the fold down seat containers. 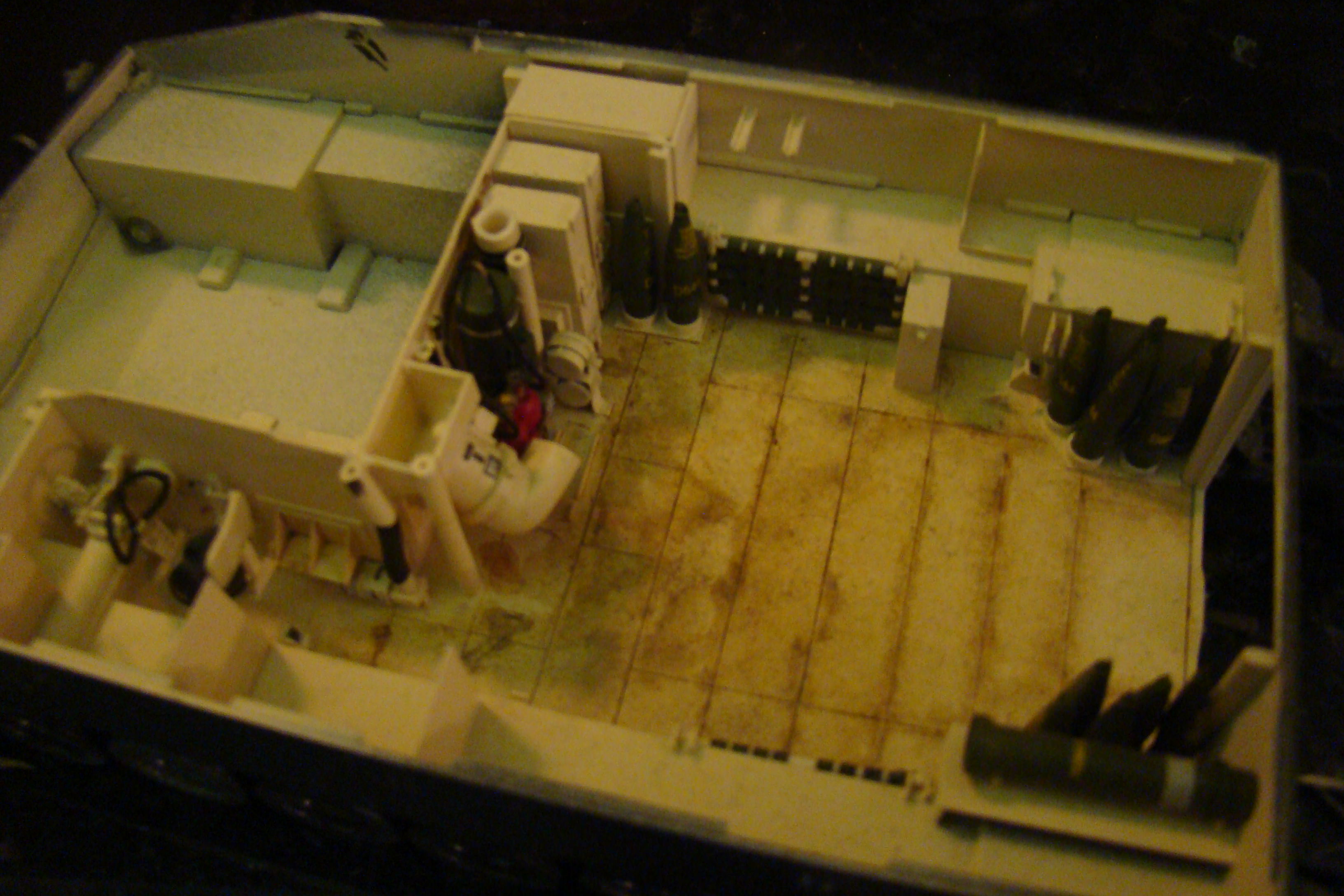