I'm working on Italeri's M-163 and I want to put it in a diorama so I want to have someone sitting in the gunner seat. The issue is that I find it impossible to fit a sitting 1/35 figure in the turret.

The whole setup seems weird, the bottom of the gun is barely higher than the seat, there is very little place for the legs between the seat and the gun, there is barely any space for the shoulders of the gunner, etc. So I just can't fit my gunner in there.

At first I assumed that it's something Italeri did wrong and I tried to find pictures of the inside of the turret but I failed. However, pictures from the outside made me even more confused because the head of the gunner is often clearly visible above the armor (for example here:https://weaponsystems.net/system/67-M163+Vulcan). Assuming these gunners are sitting on the seat, the model's turret isn't too shallow and the seat isn't too high because that's where my gunner's head would be if his body would fit.

Has anyone ever succeeded in putting a gunner in this model? If yes, how? Did you cut the bottom of the turret off? Chopped the legs of the gunner off and moved his hands?

Extra question: Were there gunners in the turret when the M-163 was driving in a convoy?

REPLY & QUOTE
RobinNilsson (Robin Nilsson) said
This review of the conversion set by HobbyFan
could give an idea about the depth of the turret.
https://www.perthmilitarymodelling.com/reviews/vehicles/hobbyfan/hf036.htm
The floor is visible here, above the ammunition drum:

REPLY & QUOTE
RLlockie (Robert Lockie) said
If the M163 is being used for convoy protection, having the guns manned and ready to fire would seem to me to be a sound idea. That would seem to imply a bloke in the turret.

REPLY & QUOTE
HiImJohnDoe (John Doe) said
Thanks Robin, this is actually pretty useful! Judging by this picture the turret doesn't seem to be deep enough.

That still leaves me the mystery of the heads above the armor in the picture! Anyone knows how high was the head of the gunner if he was sitting on the seat?

That still leaves me the mystery of the heads above the armor in the picture! Anyone knows how high was the head of the gunner if he was sitting on the seat?

I cannot speak for that vehicle. However, I may be able to shed a little on the mystery. As IED's and snipers became a larger threat in Afghanistan and Iraq the good idea fairy visited someone in the Army who came up with the idea of name tape defilade.
The idea is sound in theory - expose as little of the soldier as possible to a threat by hunkering down behind armor in the turret. I never liked this idea. The IED threat where we were was constant. You can't see a damned thing hunkered down behind the armor. Even later on with the armored glass blocks it was still relatively worthless - no situational awareness.
There was a strap we could sit on instead of constantly standing on our platform, but it still sank down and didn't allow the gunner to see much. I preferred to sit on the lip of the turret (we removed our hatches) so I could have a clear 360 degree view. No anti sniper netting either.
Now I can't say for sure how effective my method was, other than the fact that we're all still here. But I do know we never took a full on hit. I can recall at least thirty occasions where I'd have us drive around some weird discoloration in the road, odd looking trash, even a cairn out in the middle of nowhere. (used for timing a vehicle) In SF the gunner, not the TC, is ultimately responsible for directing the driver.
I can imagine if the photos show your guy with his head "too high" up, maybe he had a modicum of self preservation instinct himself. 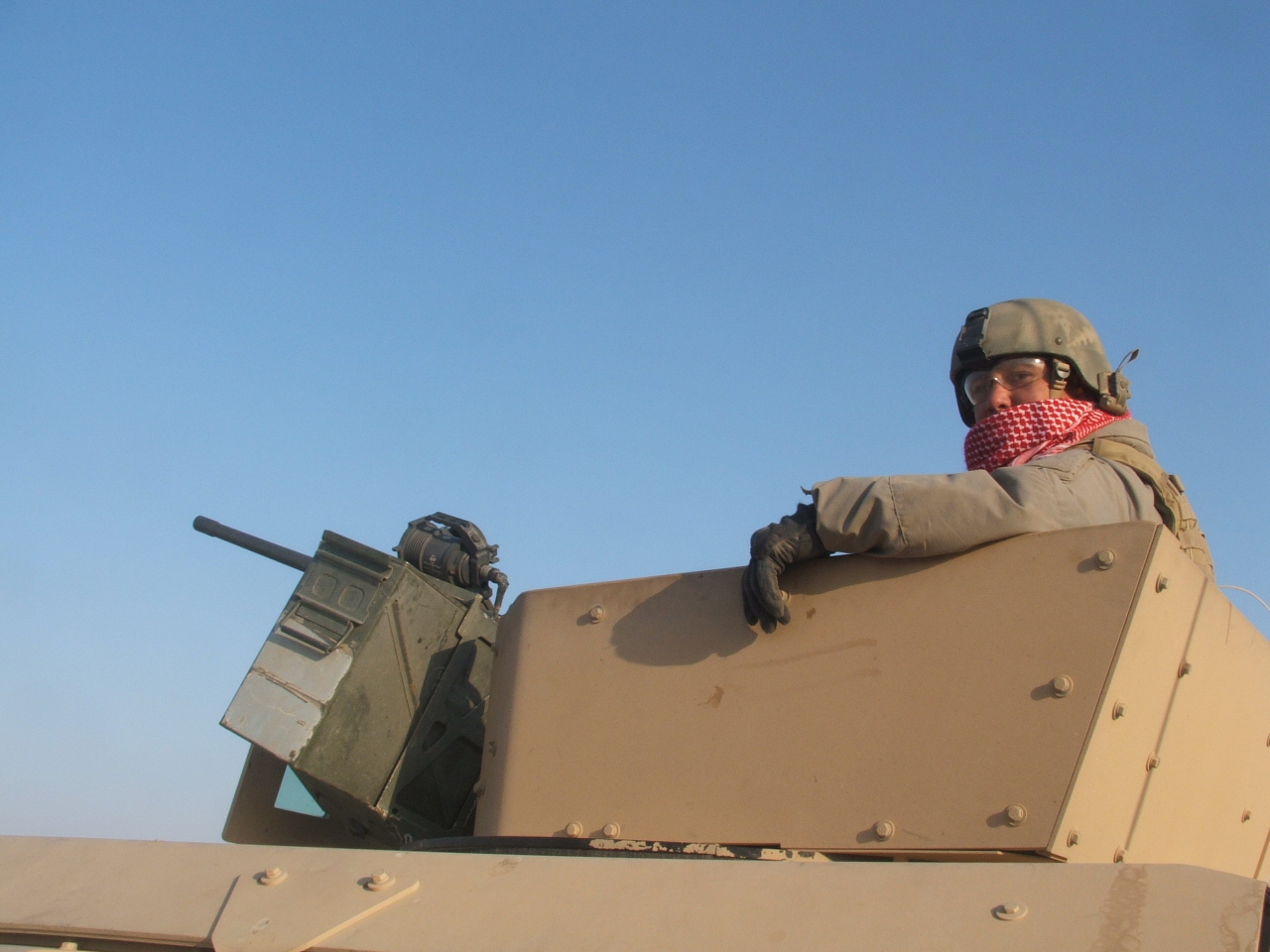 Missed us, beeyatch! Heard several times on that deployment. 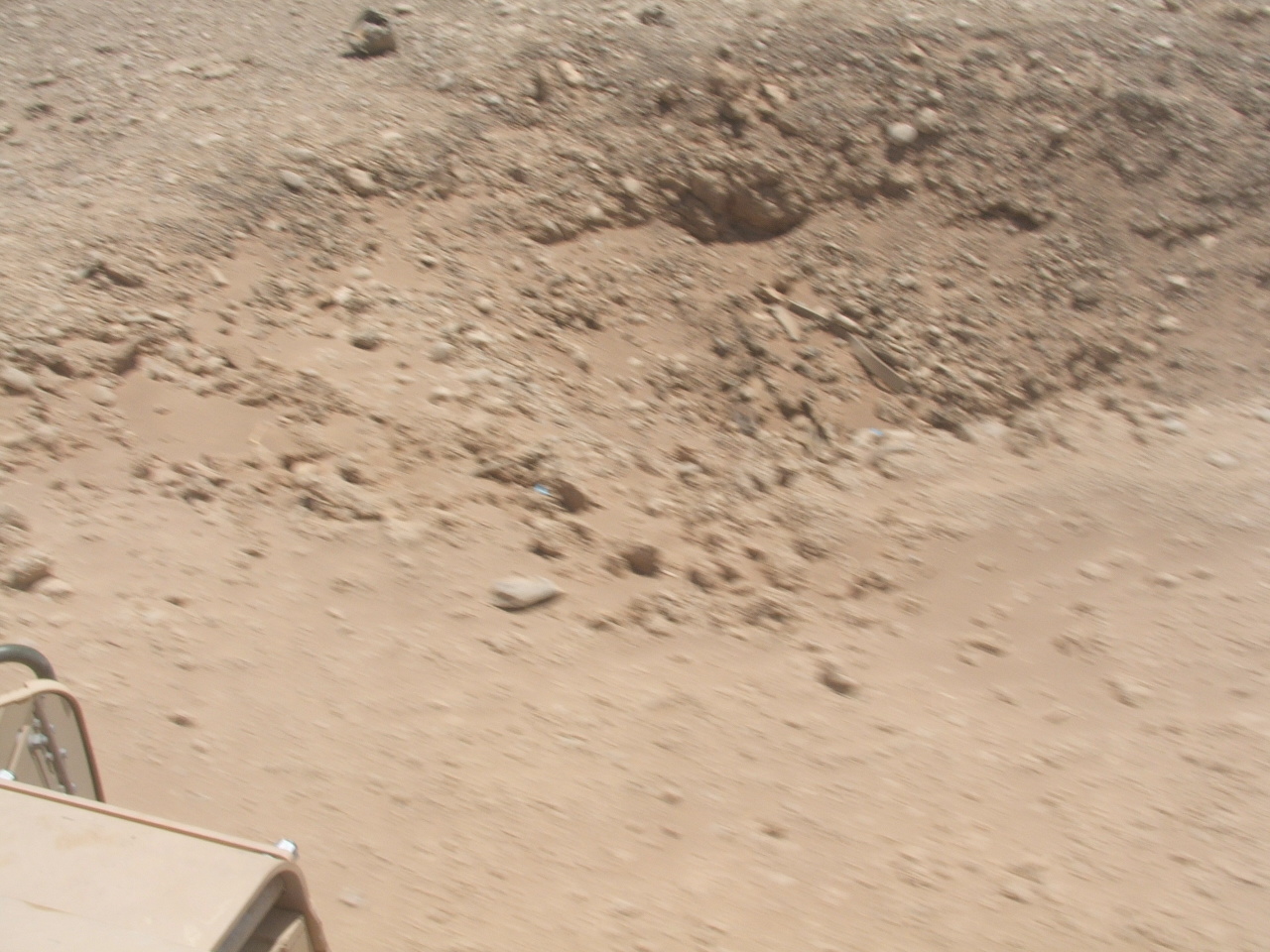 REPLY & QUOTE
Frenchy (Henri-Pierre) said
Here's a link to TM 9-6920-356-14&P which deals with the M46 Fire Control Trainer. It includes some views that may help with the turret set-up :