You are viewing the archived version of the site. Go to aeroscale.net for the current dynamic site!
mainGeneral AircraftWhat If?

General Aircraft: What If?
For those who like to build hypothetical or alternate history versions of planes.
Hosted by Jim Starkweather
Monogram 1/32: Grumman Gulfhawk

I've been playing drums for over 30 years and in bands for just as long ...... unfortunately I have not yet had a great breakthrough and a career as a rock star ...
In order to alleviate the pain and sadness about all the lost stadium gigs, groupies and millions of euros, I made sure that my band mates and I now at least get an own aircraft ........ but "only" in 1/32 scale !!!!

And now here comes the "The Sonic Spy Flyer" !!!
The Monogram kit of the Grumman Gulfhawk G-22 served as the basis for this what if project. The G-22 was the civilian version of the Grumman F3F, the last biplane fighter in the US Navy.
The kit comes from the year 1967 and thus serves my personal taste for oldtimer-kits.
Despite the age, the assembly (out of box) was possible without major problems. Clearly, as far as detailing etc. is concerned, one should of course not count on the Tamiya standard.

It was also my first major attempt at "tensioning"...... NEVER EVER AGAIN !!! I already know why I have avoided biplanes so far. Creating the tensions was a horrible job for my "drummer sausage fingers".
By the way I used rubber thread for the tensions.

The Gulfhawk was painted with colors from Revell and Gunze.
The decals were printed by myself.
I simply "punched" the stars from the decal sheet with motif punches.

Only a light oil paint wash was used as weathering. Unfortunately, some of the oil paint broth flowed behind the side decals ... along the raised rows of rivets. Well, yes ...... there are always losses !!! 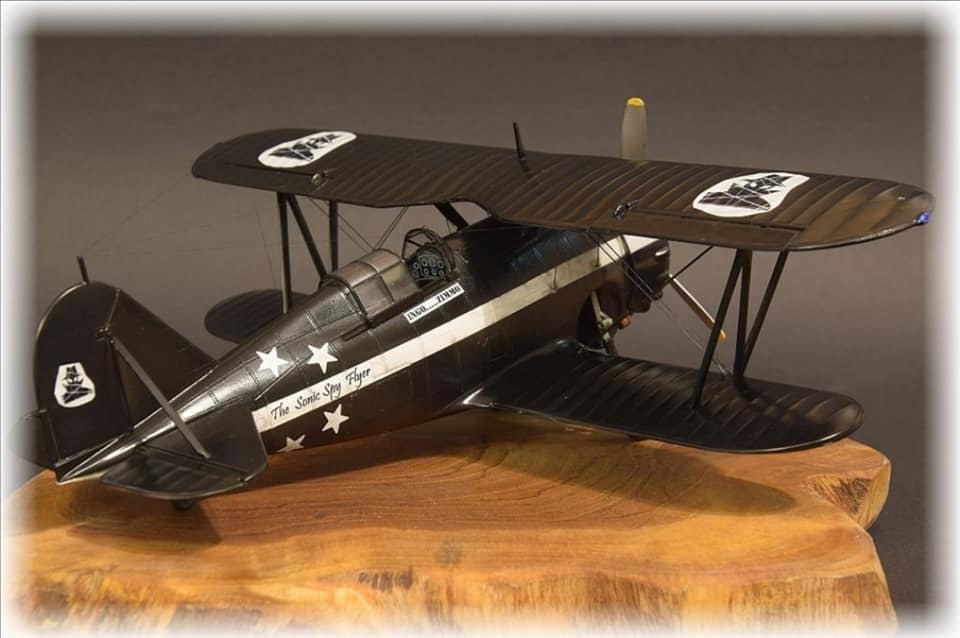 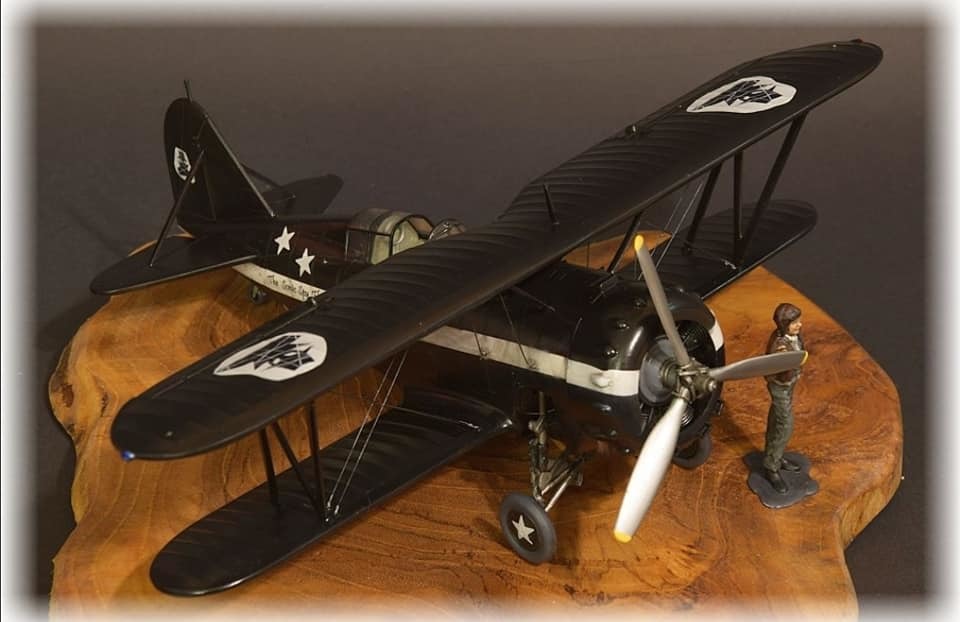 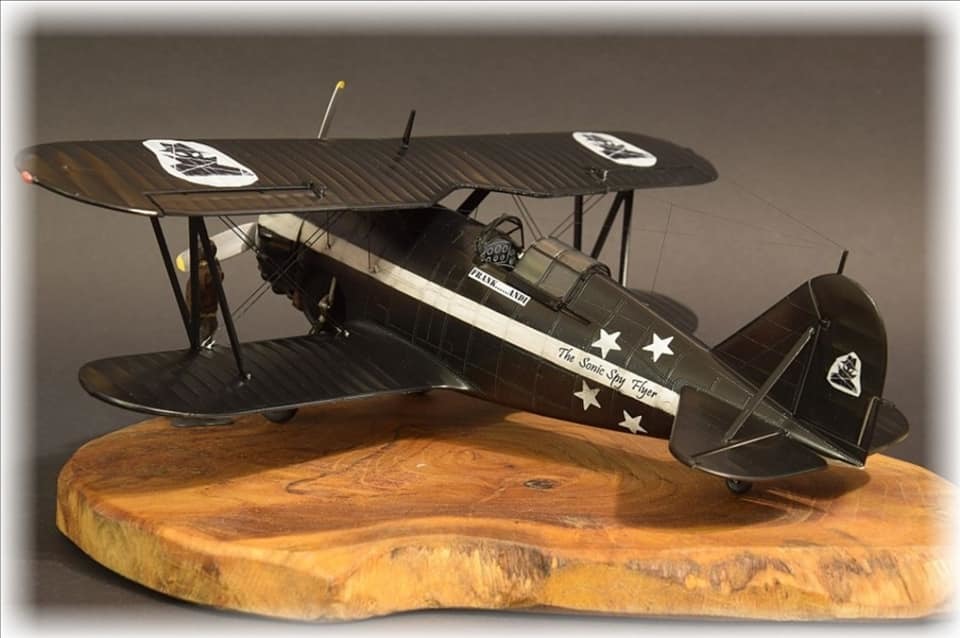 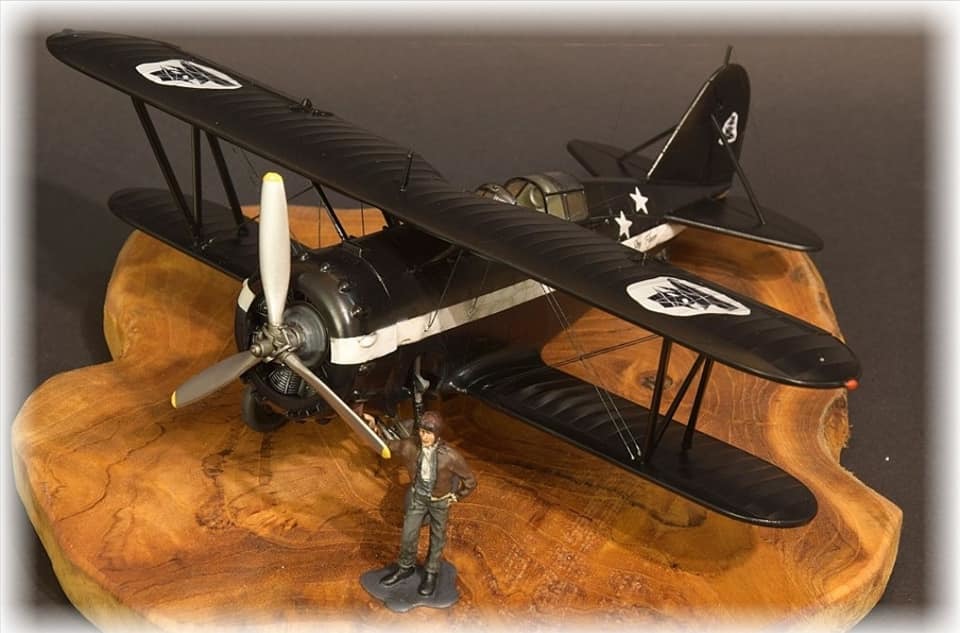 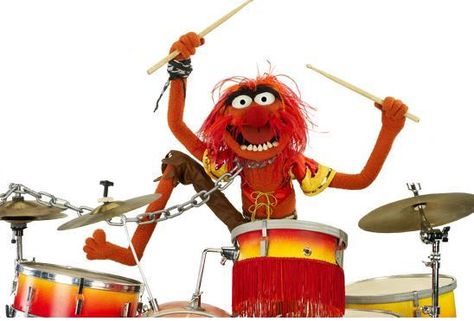