Air Campaigns
Want to start or join a group build? This is where to start.
Hosted by Frederick Boucher, Michael Satin
OFFICIAL: Those Radial Fighters Campaign 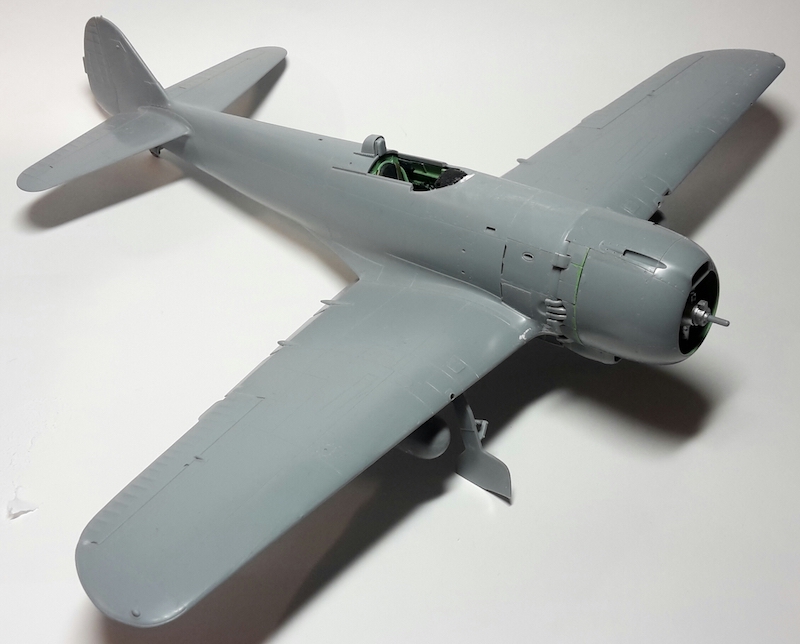 REPLY & QUOTE
SGTJKJ (Jesper) said
Finally I got around to spray camouflage on the Hellcat. I need to fix some touch ups and start the weathering and chipping. 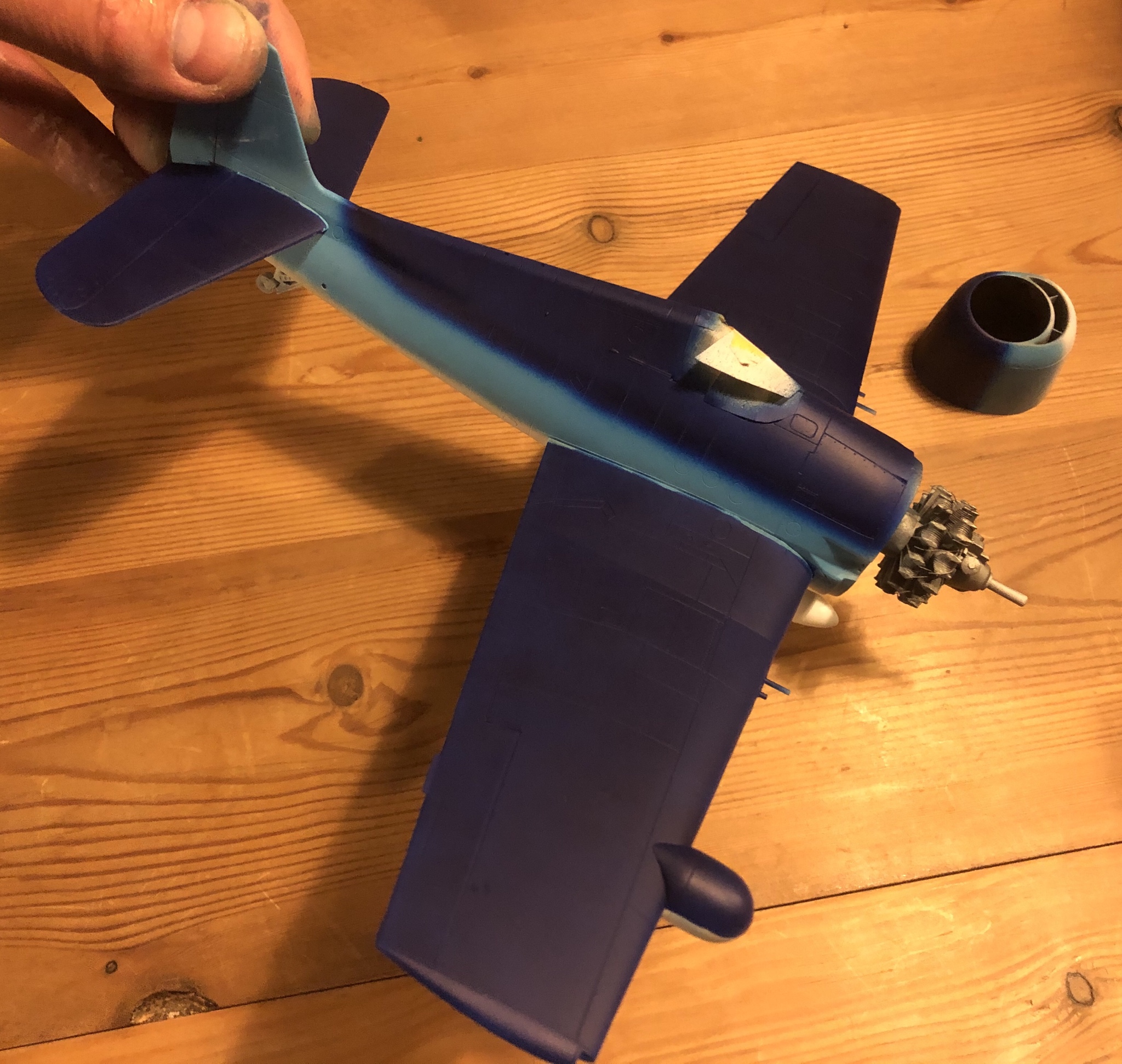 REPLY & QUOTE
SHAKY962 (Jose Miguel) said
Finally, after many twists and turns with the country's economy that affected us all, and for the benefit of the quarantine that they have imposed on us, here is the model I chose for this GB 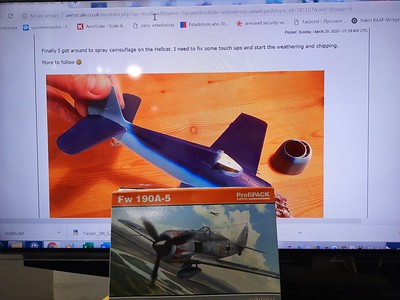 Some more progress of my Hellcat. Chipping done. My first try at using chipping fluid on an aircraft. I think I might have overdone it.
Maybe it will look ok when toned down a bit with other weathering. 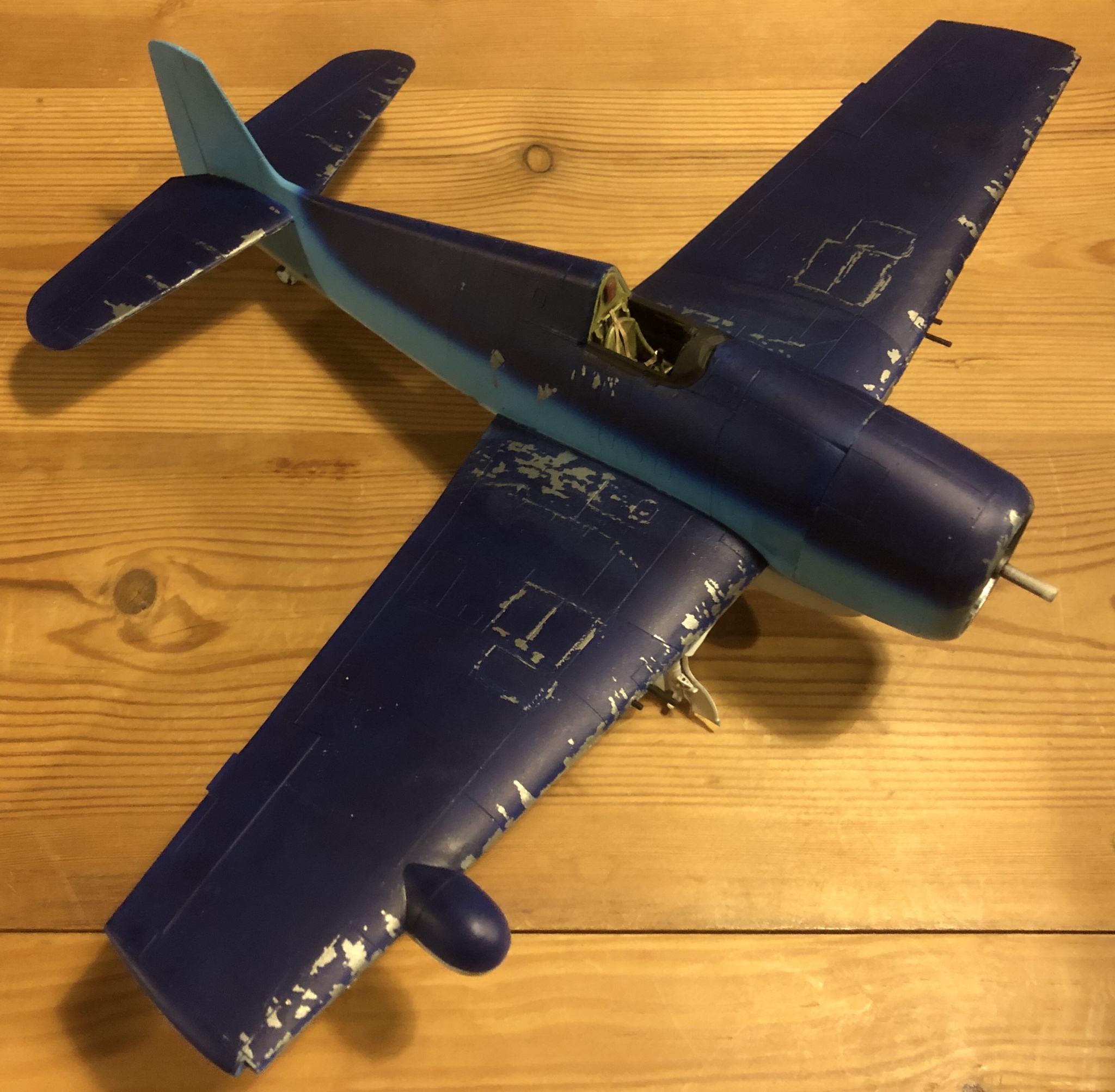 I made some progress on mine during the last days...painting is going on.

A little progress on my Ki-84. I'm using rattle cans but getting some overspray. I was trying some poster tack putty, the pieces can be seen at the bottom of the box. 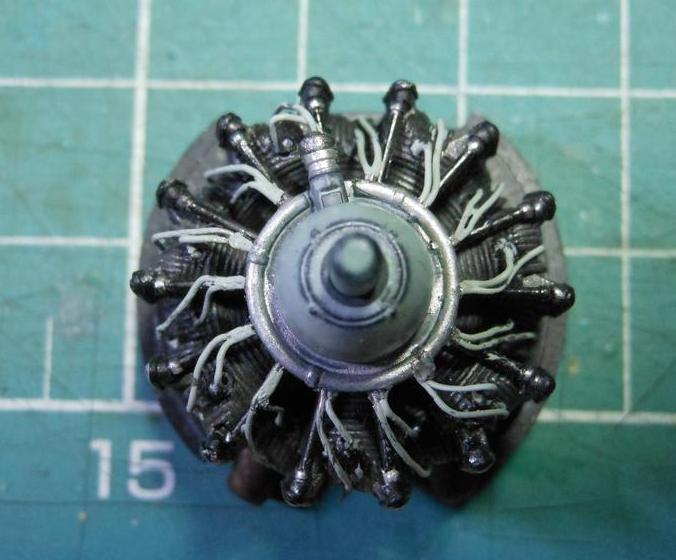 Not much visible with engine cowling installed: 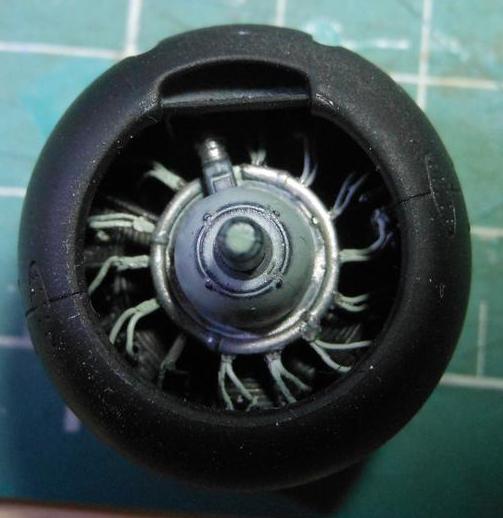 REPLY & QUOTE
Buckeye198 (Robby) said
Some excellent progress on all fronts, folks! And Don, I can now attest that the Mig putty is outstanding! I'm using it on another build and I think it will now be my go-to for masking sharp edges.

As I said before, I've actually been done with this build for a while now. My last in-progress shot is of the engine cowling masking, which worked perfectly! I painted the insides and installed the engine, then laid a masking tape piece nearly flush with each opening on the interior side. I used Micro-Mask as the final barrier between the cowling and the tape, then closed it all up and painted the model. When it was done, I poked each piece of [tape+MicroMask] loose and then used tweezers to pull them through the openings. Here's the end result: 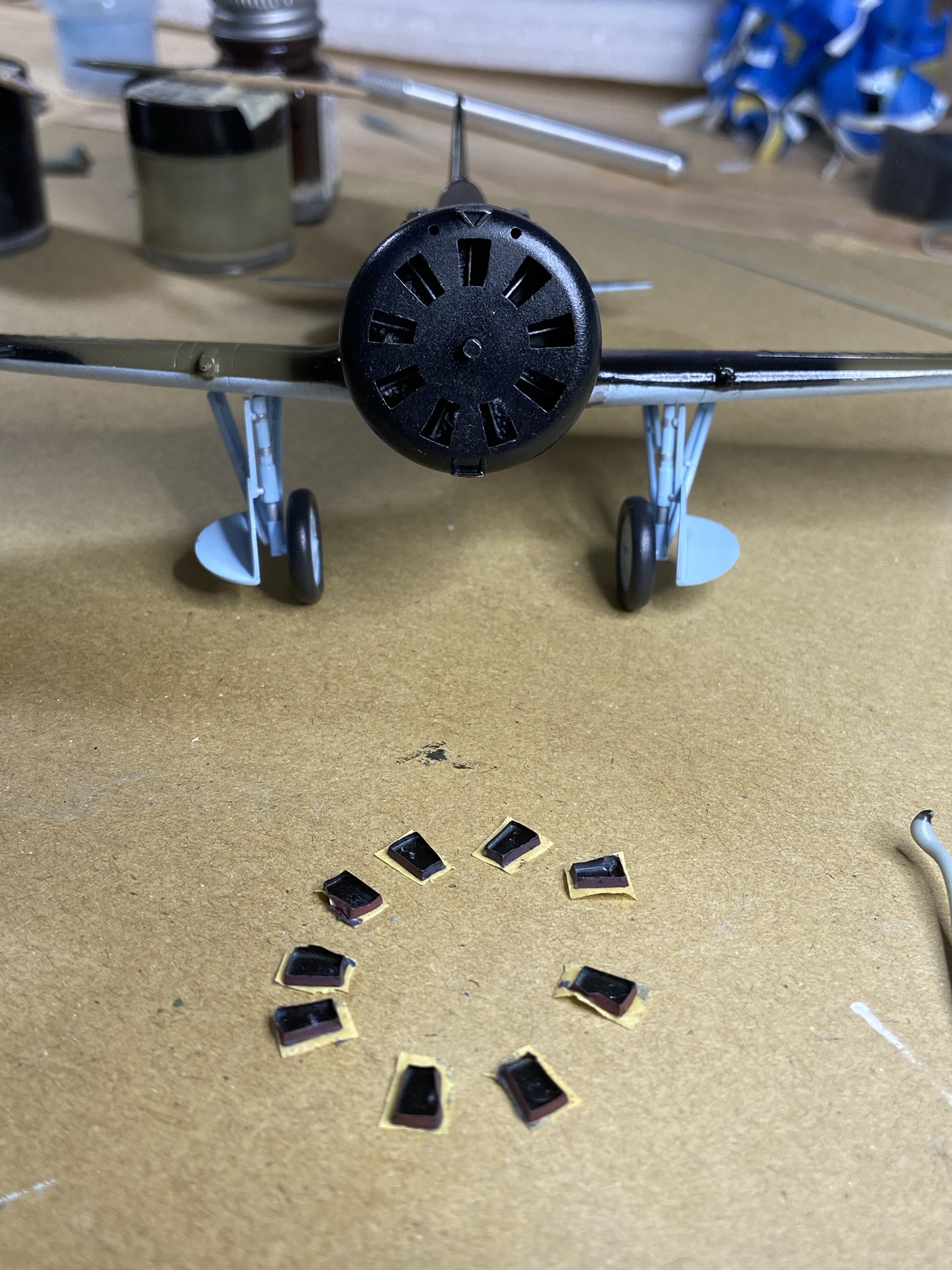 If I wasn't verbose enough, here's the story of this build

I bought this kit right after I took the last board exam for medical school, and it's rife with symbolism:
-The plane's number is the score I received on that exam (decals from my spares) 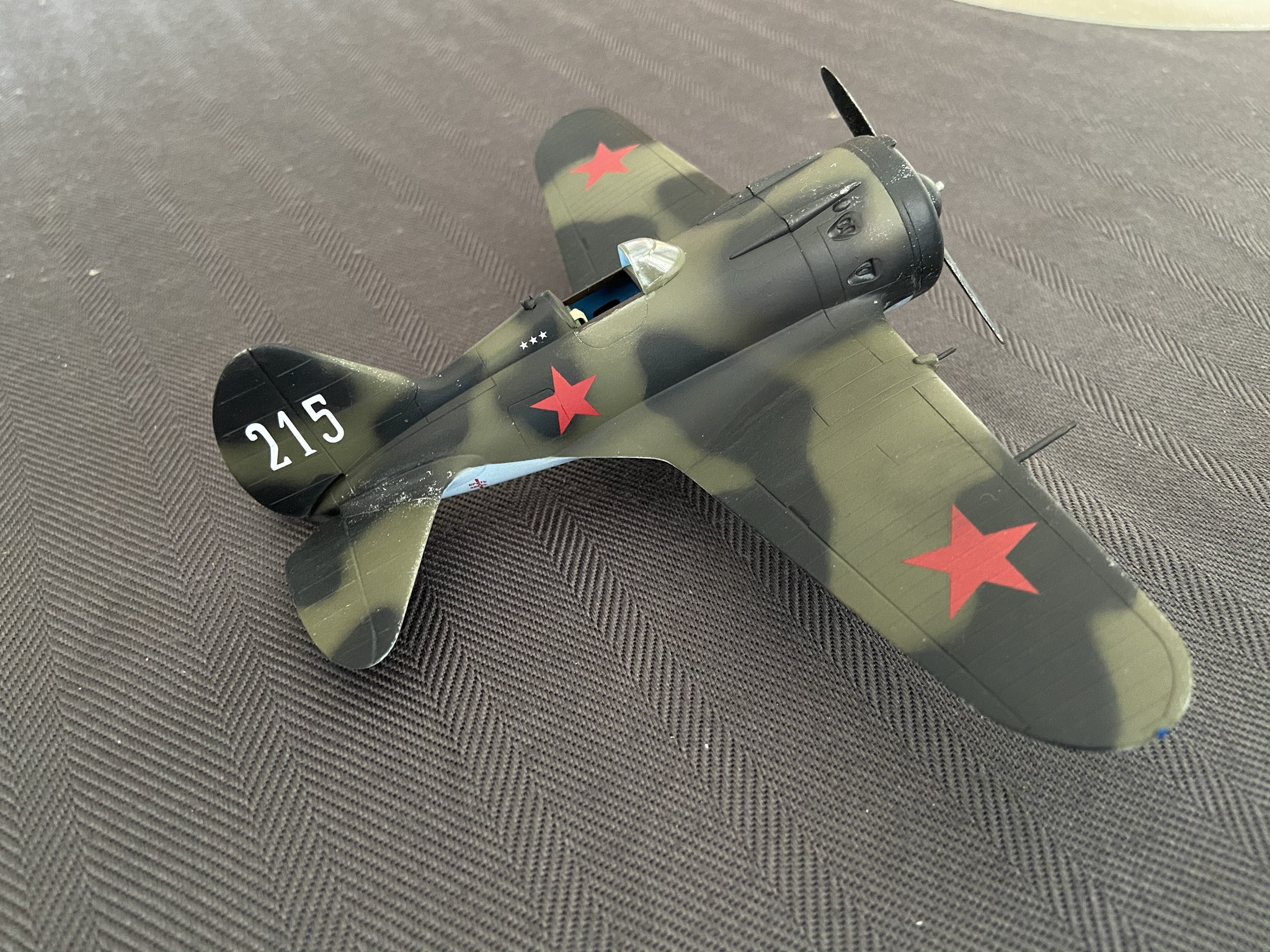 -The word translates to "victory!" and besides being a fun exercise in Russian calligraphy, this symbolizes my victory on that exam 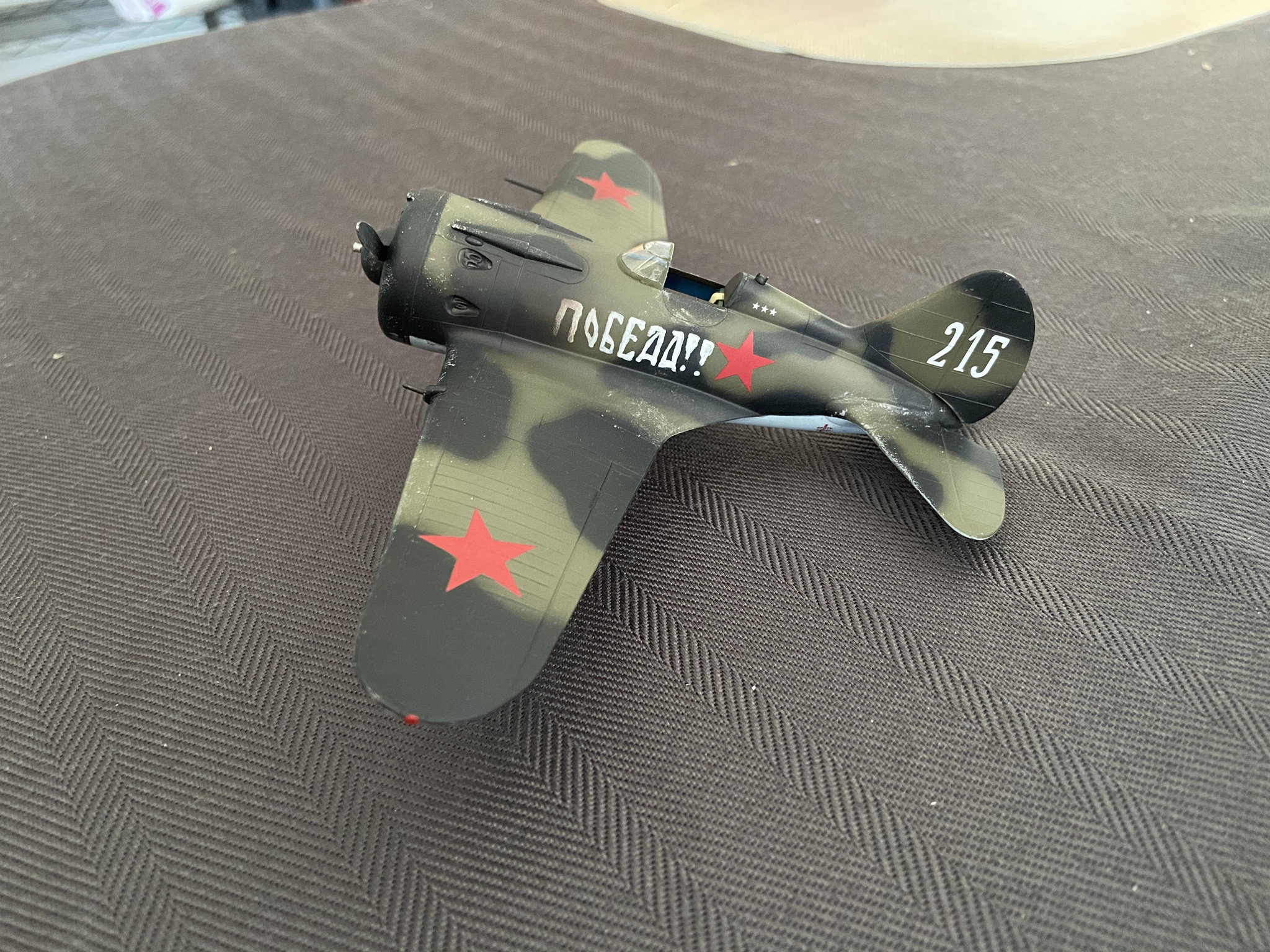 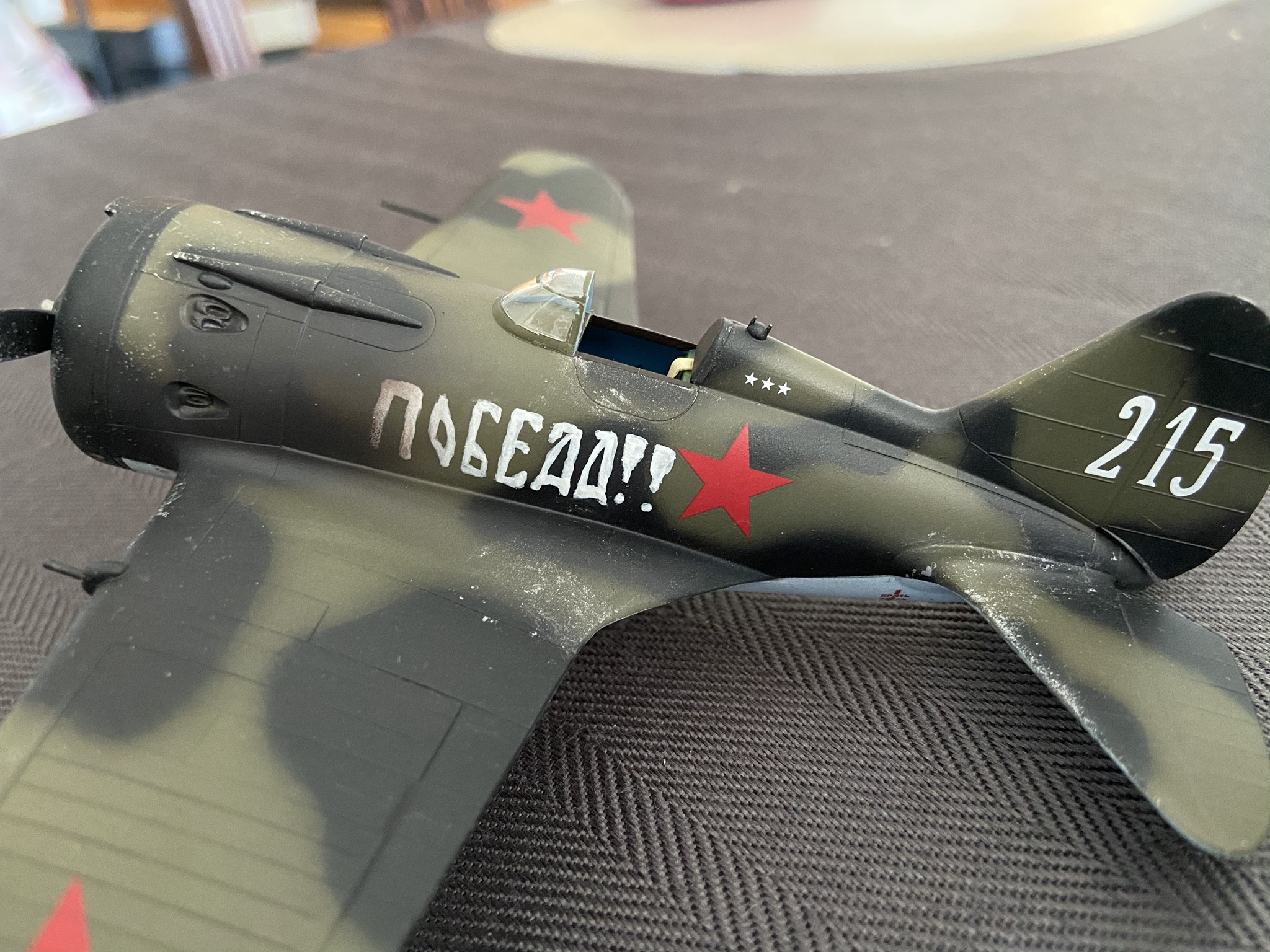 -The I-16 was a plane that was great in its day but was quickly outclassed even when WWII began, yet it continued flying and performing admirably given its limitations. Much like how I performed compared to the other students at my med school 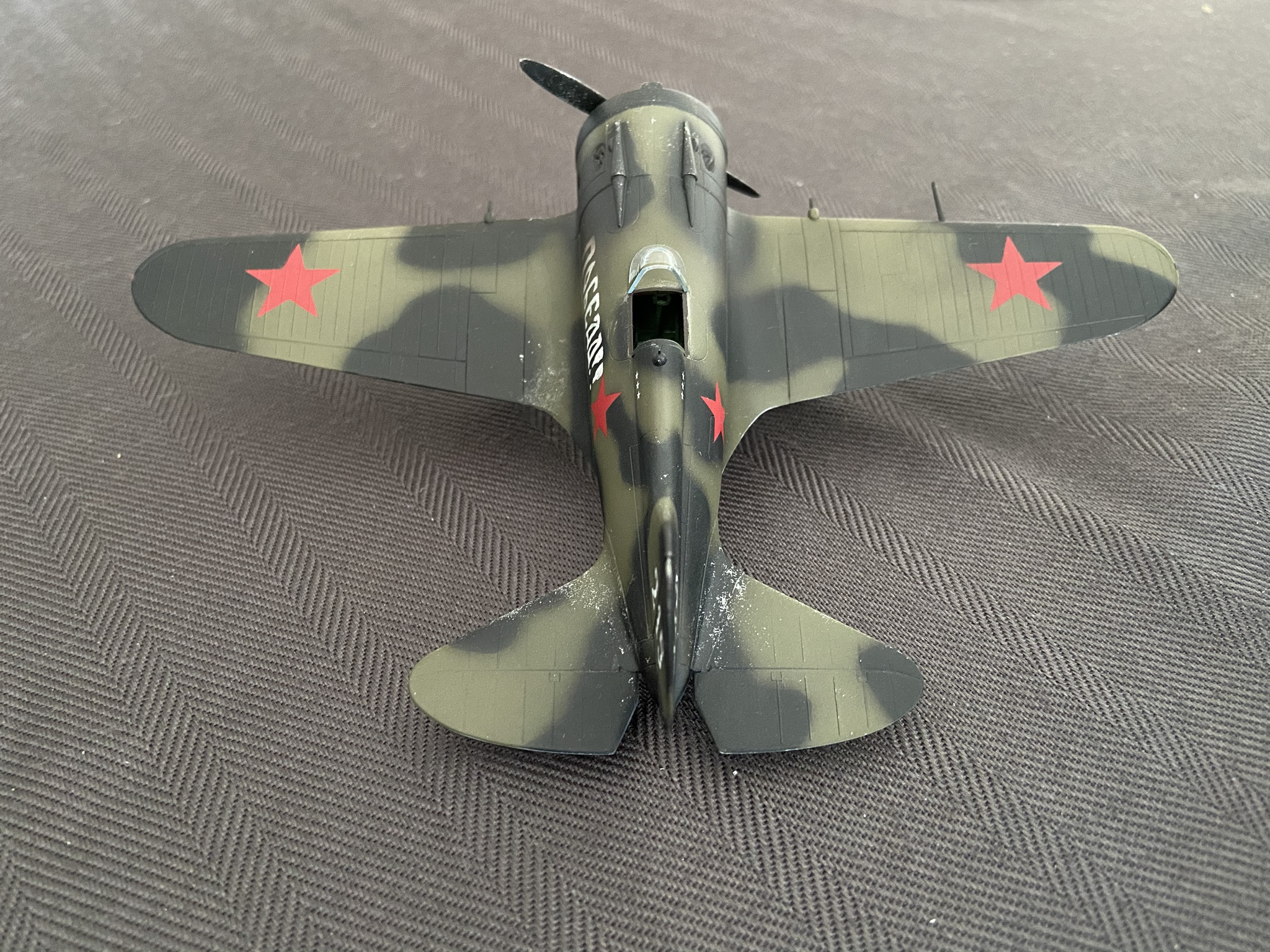 The major theme of this whole build is "my way" -- not striving for 100% realism or accuracy, nor for even my cleanest build. I just wanted a build that would get the job done one way or another with the lowest amount of stress possible...much like my attitude during med school 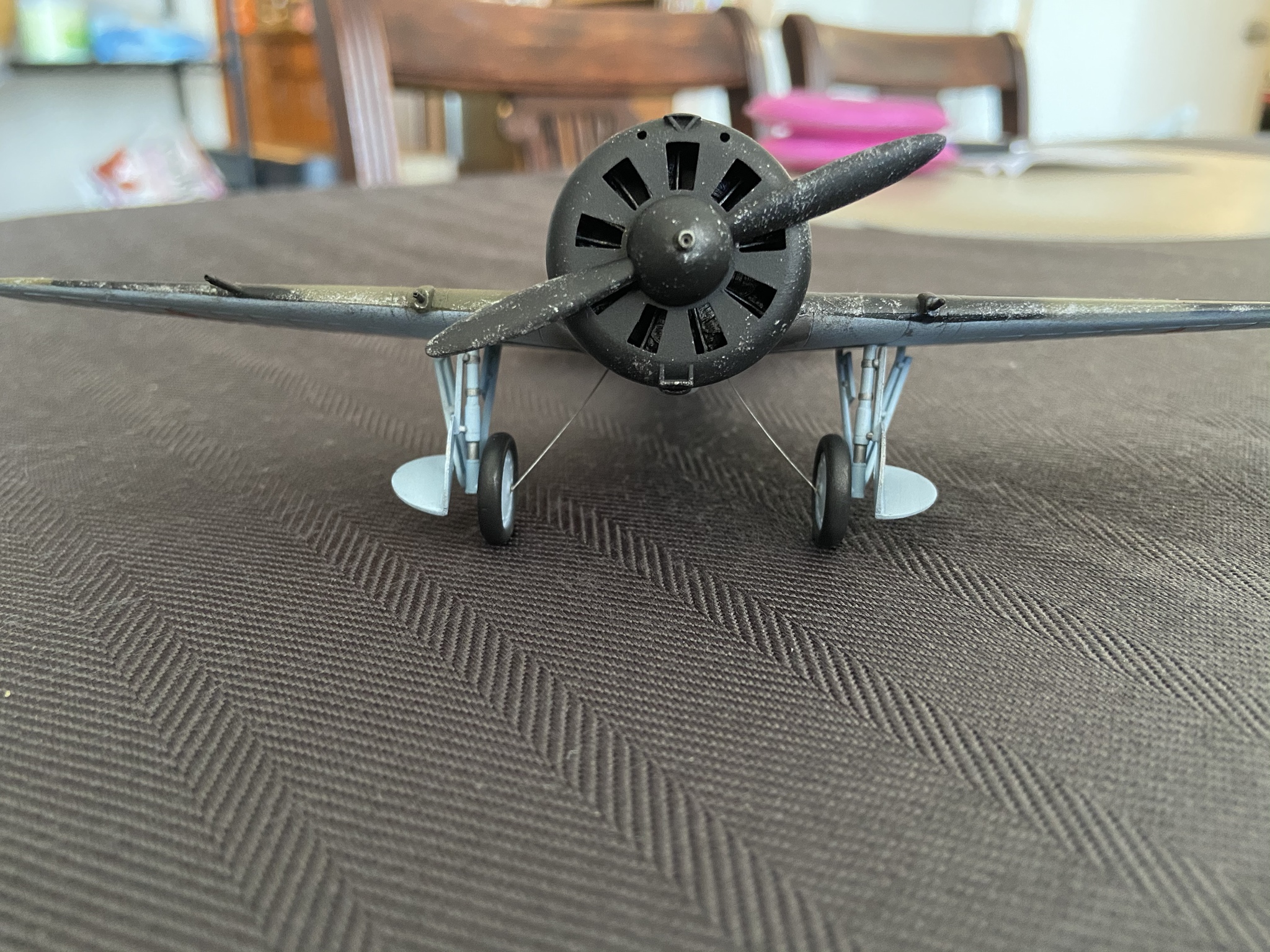 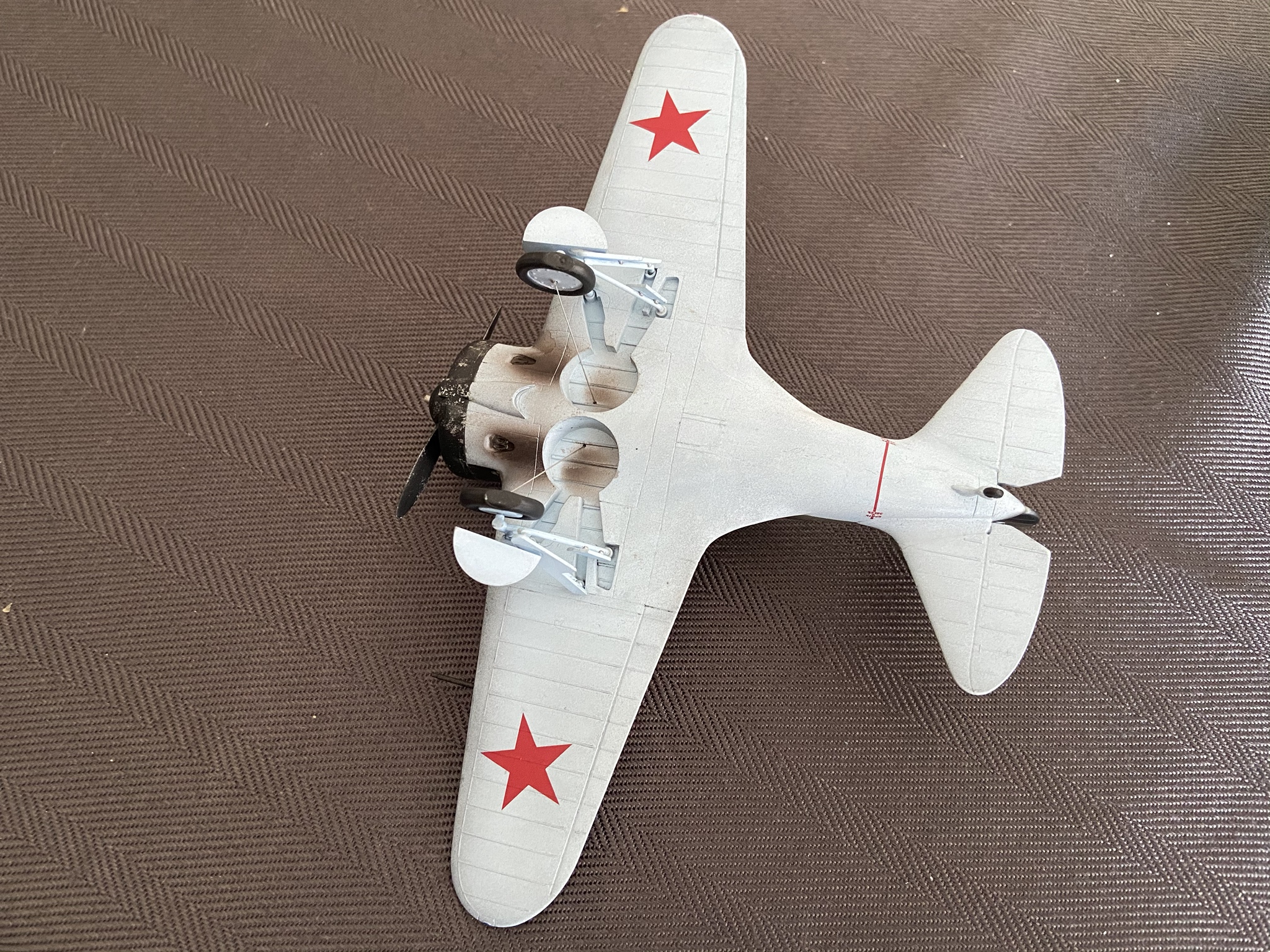 And by the way, I'm glad to share that I matched to my top choice for residency!!

REPLY & QUOTE
Lakota (Don S) said
Robby,
I'll need to try the Mig masking putty. Congrats on your boards and getting the residency of your choice. Way to go!
Oh yeah, that's a nice model you completed. I like the way you personalized it.
Take care and stay safe,
Don "Lakota"

I'll need to touch up paint and decals (not all in place yet) before weathering, but I think I'll finish this in time. 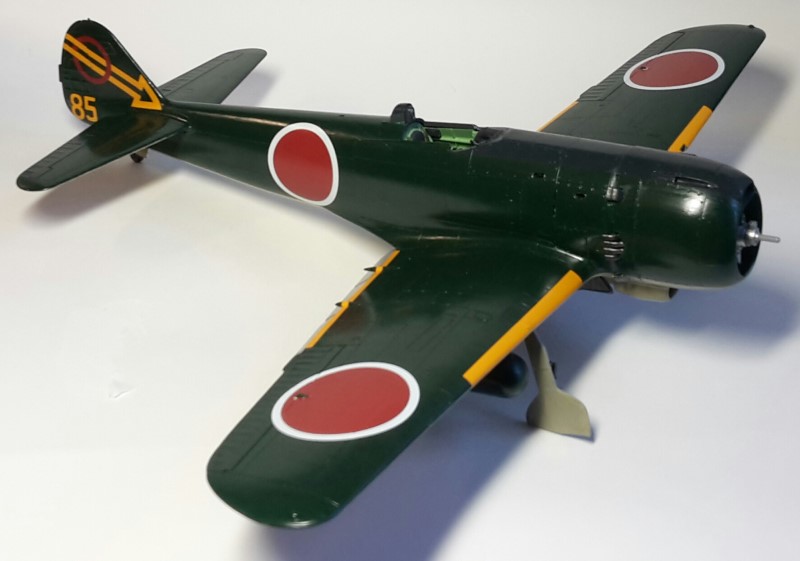 REPLY & QUOTE
RhinoSpit (Franck) said
I hope you're doing well. With the containment i've plenty of time and no excuse to finish my models. So my Brewster buffalo is near the finish line. 3 days earlier i've brushed a coat of Future and yesterday i've decaled it and here the result: Good Lord, how does the driver see where he's going?

Good Lord, how does the driver see where he's going?

Overall I am pretty satisfied with the result. Chipping and weathering could have been better, but learned something new. The next one will be better.

Overall a pleasant and cool build and satisfied with the final bird. It looks ready to take on some enemy fighters. 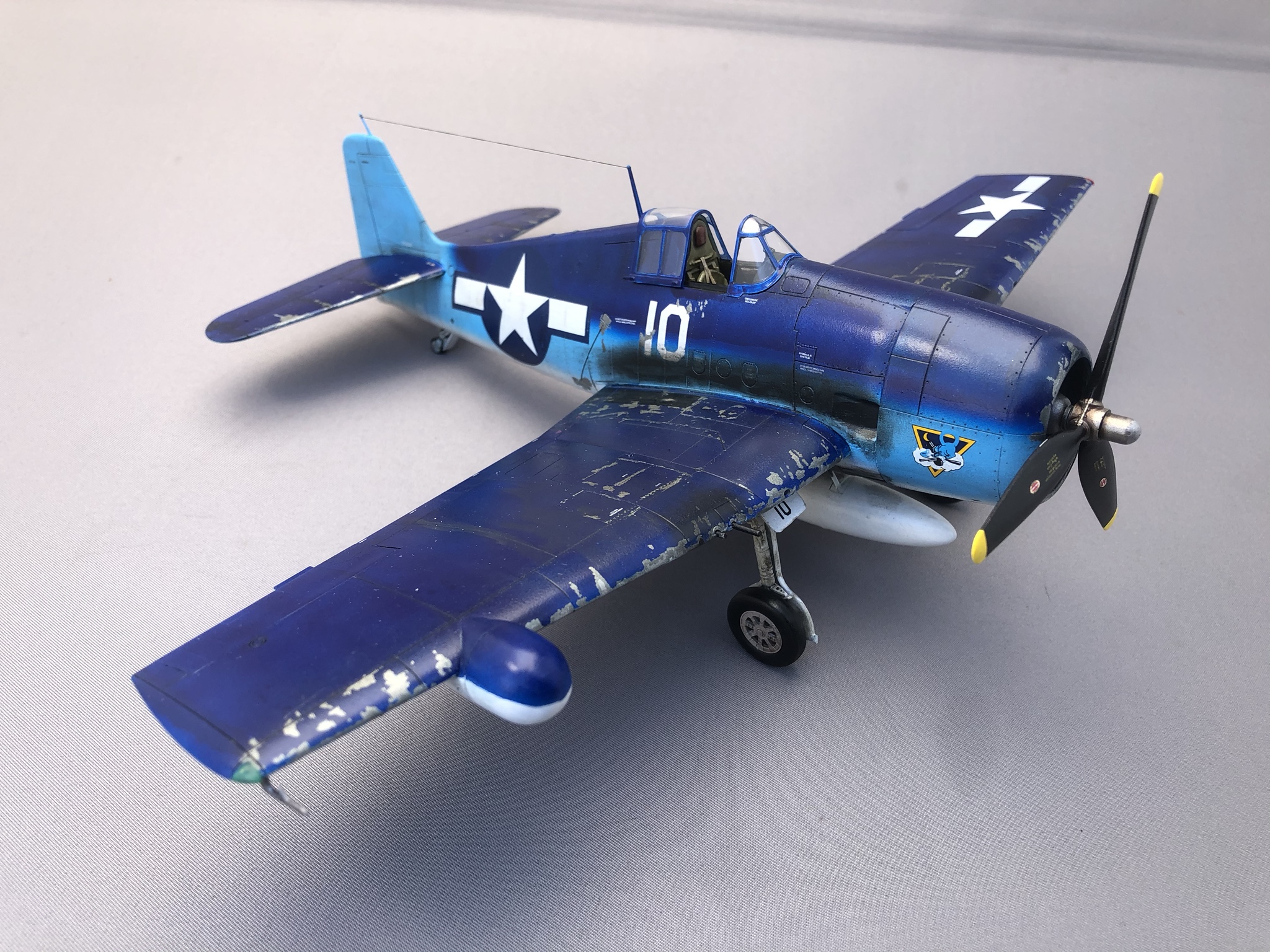 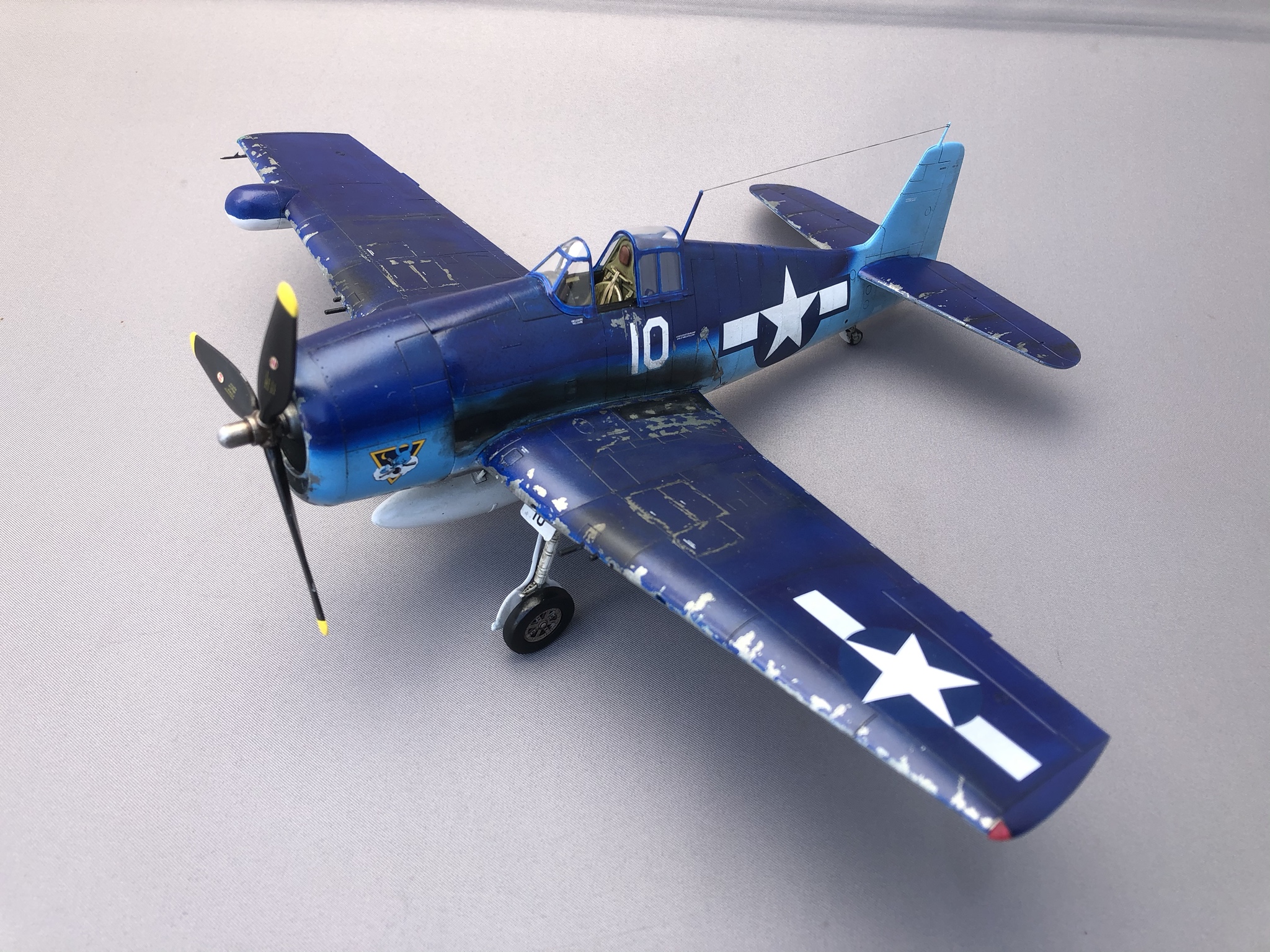 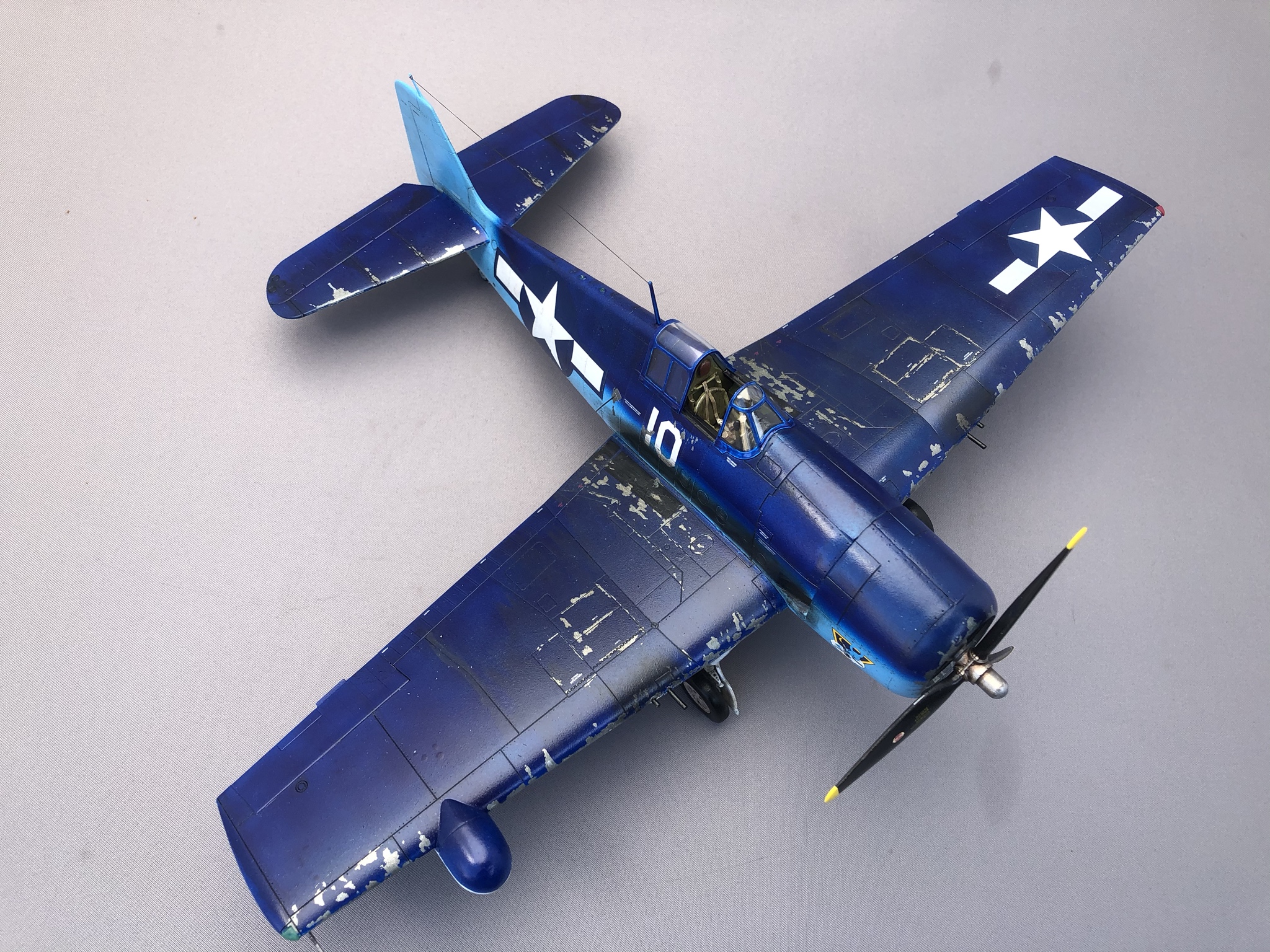 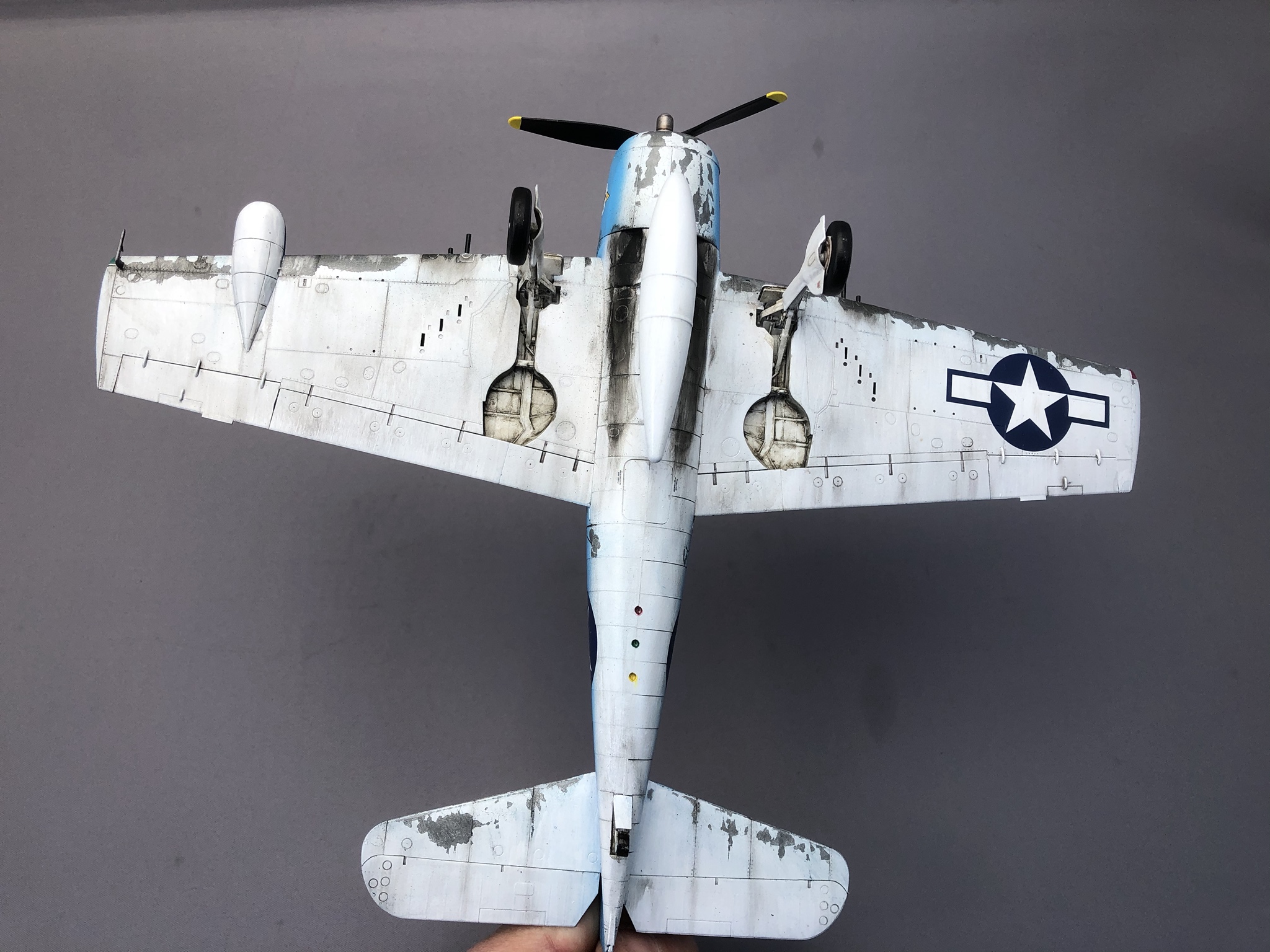 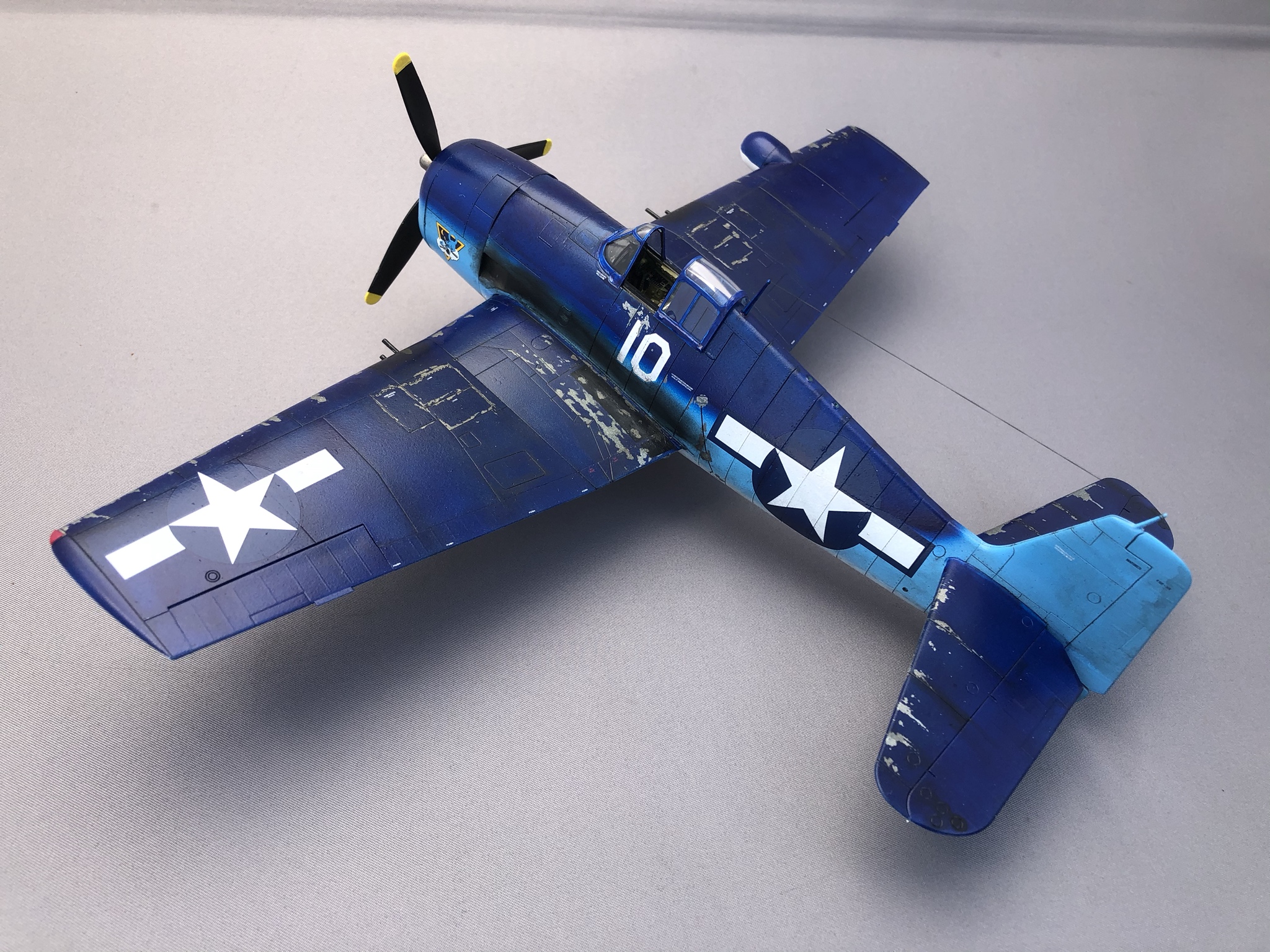 I like the Buffalo and the Hellcat. Nice work!!!
A little advance in my FW190 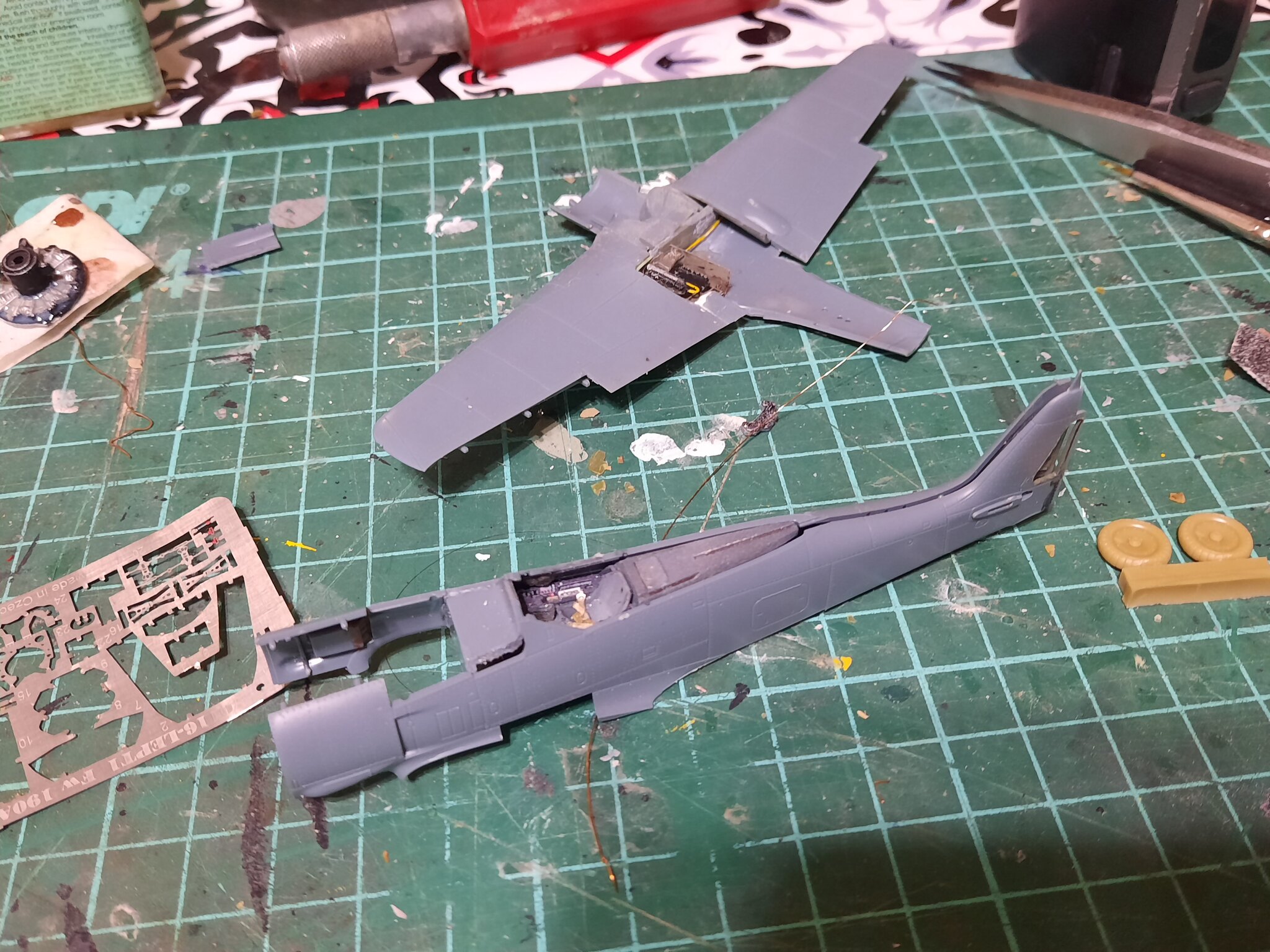 I've been building up a storm, and realized that I haven't made any updates lately. So here goes!

I really like the Hasegawa Zero series, they build into great representations with little to no fuss. I did take some liberty in not really following the instructions. The engineering of the kit allows one to close the fuselage and not worry about the cockpit right off. Which is what I did, then I attached the upper wings to the fuselage, making for seamless joins. Then the cockpit can be added through the bottom, and then the lower wing. I did not use any filler on this build, a rarity for me!

finished the cockpit and added some Eduard IJN seatbelts, also completed the engine. One thing that I really don't like about Zero's is the vast greenhouse glass, for me it takes between 8 - 10 hours of my time. Therefore, I invested in the Eduard mask set for this (and all other Hasegawa Zero's in the stash, and there's a squadron of them!).

Then it was off to painting. First I painted the cockpit decking and the engine cowling using Tamiya Sea Blue XF-17 (as with all of my airbrush paints it was diluted 1:4 with Mr. Leveler thinner), this is a very good representation of the bluish-black used. I then installed the canopy and painted it also Sea Blue, the interior color of the canopy frames.

Then, Instead of doing my normal black basing, I opted to paint the plane Tamiya Red-Brown XF-64, as the base.

After the base, I started on the yellow IFF bands that the IJN adopted at the start of 1943. It's a pretty straight forward process to get "that" orange yellow color. First a coat of Tamiya Yellow XF-3, followed by an overcoat of Tamiya Clear Orange X-26. These were then covered with some Tamiya tape and painting went on to the next color Tamiya Gray Green (IJN) XF-76.

Bottom done, I really like the color, and not to get into the debate of the early Zero colors, it's my go to color for these early war Zero's.

And with that, it was time to get it shinny for the decals. Normally I do a Future with 70% IPA mixed in. This time I used Tamiya Clear X-22. I also chose to use the kit decals, and the fits began.

They were old, and the "No Walk" red decals shattered. So I stole some from a newer kit, but the red was not the same. Oh well.

Still a great out of the box building kit! I recommend it anyone wanting a nice Zero on your shelf.

Final pics will be uploaded as soon as I take the pretty pictures.

REPLY & QUOTE
Lakota (Don S) said
John,
Nice work on the Zero. The cowl is straight XF-17, not mixed with black? That's a great idea. I'm going to have to bookmark this page, I think you got the colors down perfect. I never thought of using red brown as a base coat for a gray color scheme. Thanks for sharing your technique.
Take care and stay safe,
Don "Lakota"

I tried putting the decals on this morning without much luck.

The white band around the fuselage broke into 3 pieces and my attempt to use it failed. I'm thinking of masking around it and painting it. The yellow leading edge also failed so I'll need to mask the area and paint it. I'm a very slow builder so this is a major setback for me. I'll think I'll take a break from this kit and continue it in the Hangar Queen campaign. Good work on everyone's else's build. It's been enjoyable watching the progress.
Take care and stay safe,
Don "Lakota"