You are viewing the archived version of the site. Go to aeroscale.net for the current dynamic site!
mainWorld War IIGermany

The "Sondergeraet 113" was a projected German weapon system for antitank defense in the Second World War.

The anti-tank aircraft deployed in the first half of the war, notably the Junkers Ju 87 Stuka, proved unsuitable in the second half of the war, as they were vulnerable to attack by fighter planes due to the Allies' increasing air superiority. For this reason, considerations were made to use existing, the Allied fighters equivalent aircrafts for anti-tank defense.

Among other things, a gun system developed by Rheinmetall-Borsig in the 75 mm caliber with a barrel length of 1600 mm was developed. However, this was not arranged in the aircraft longitudinal direction firing forward, but mounted in the wings directed downward. The advantage of this shooting direction is that armored vehicles on the top have the least armor, which also smaller caliber can penetrate the vehicle armor. The cannons should be triggered by an electrostatic or electromagnetic sensor ("Foerstersonde") when flying over the target.

As a test aircraft in September 1944, a Focke-Wulf Fw 190 F-8 with two SG 113 in the wings sent into the testing. The flying capability of the converted aircraft and the general recoil of two guns in the wings were examined. End of 1944, the machine was released in the troop testing. Any successes can no longer be determined. 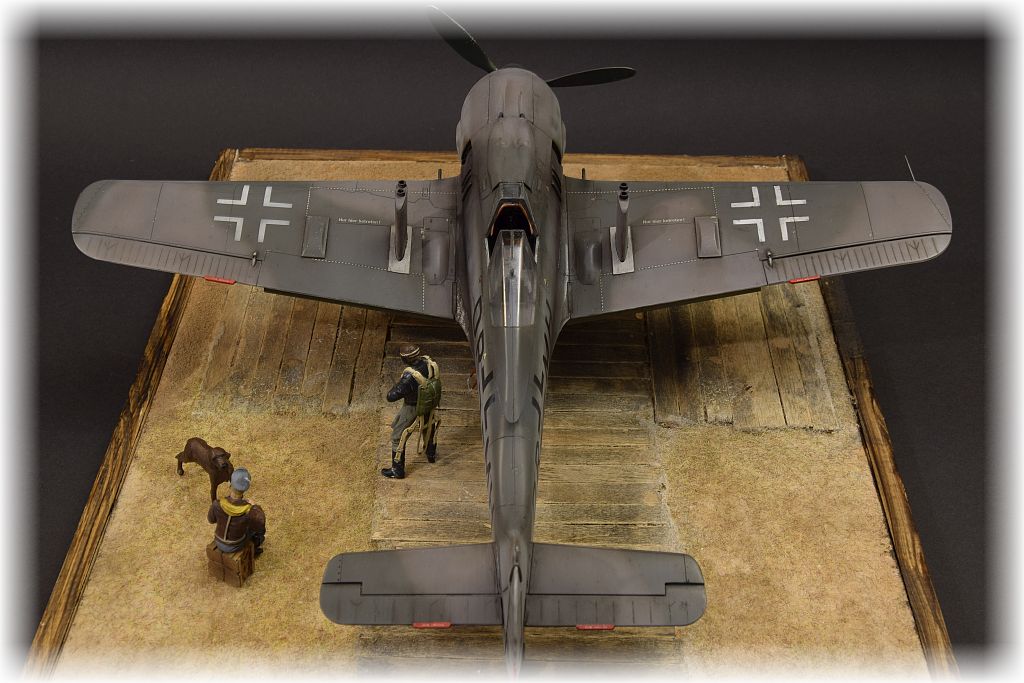 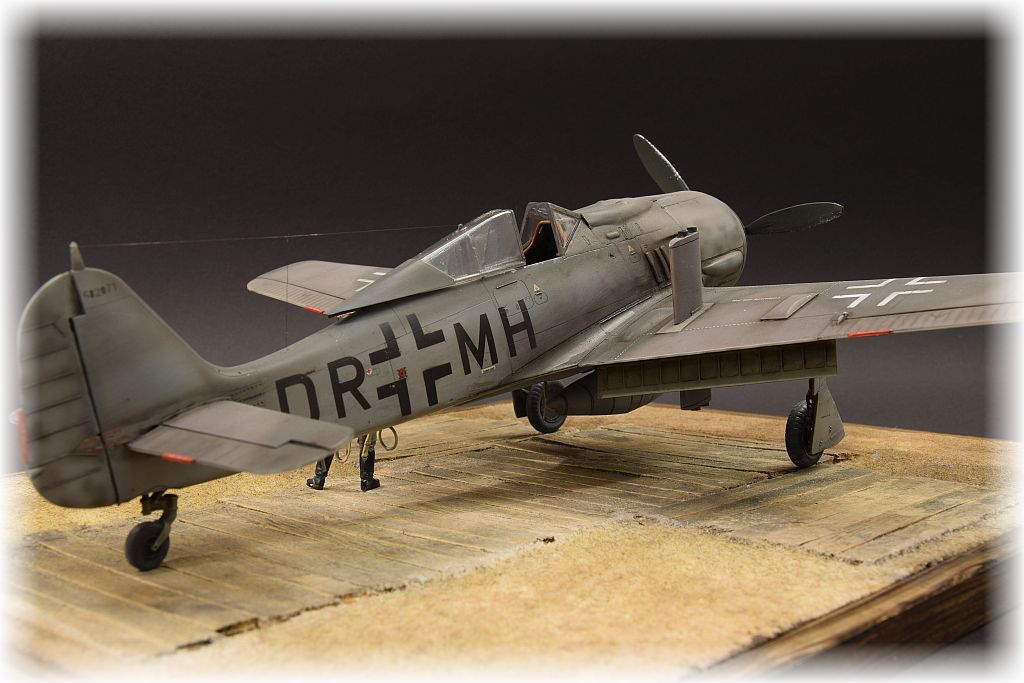 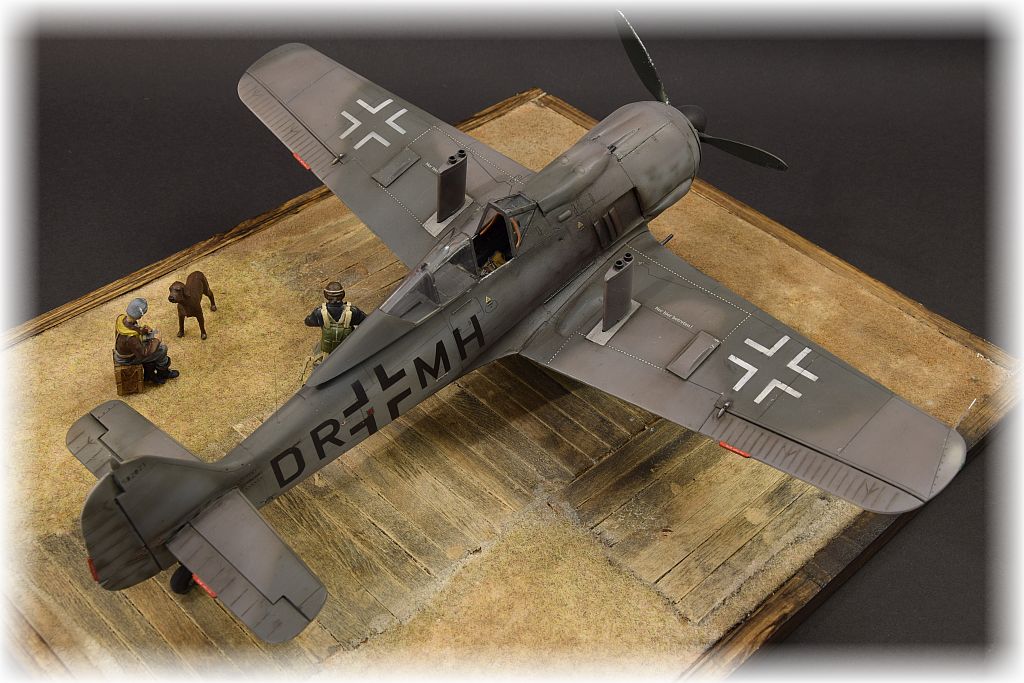 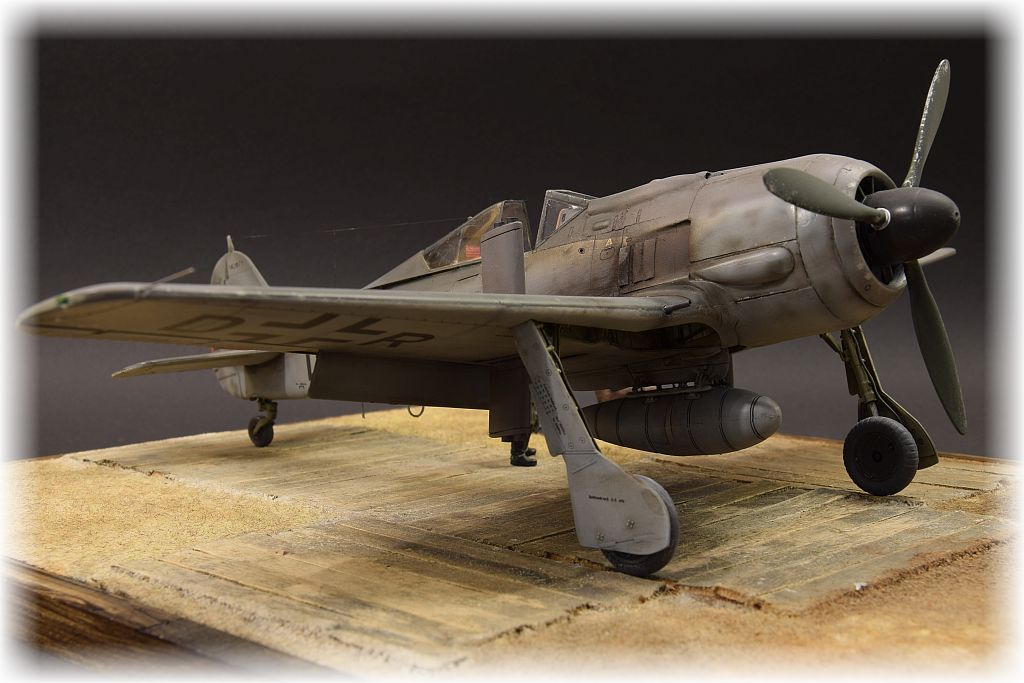 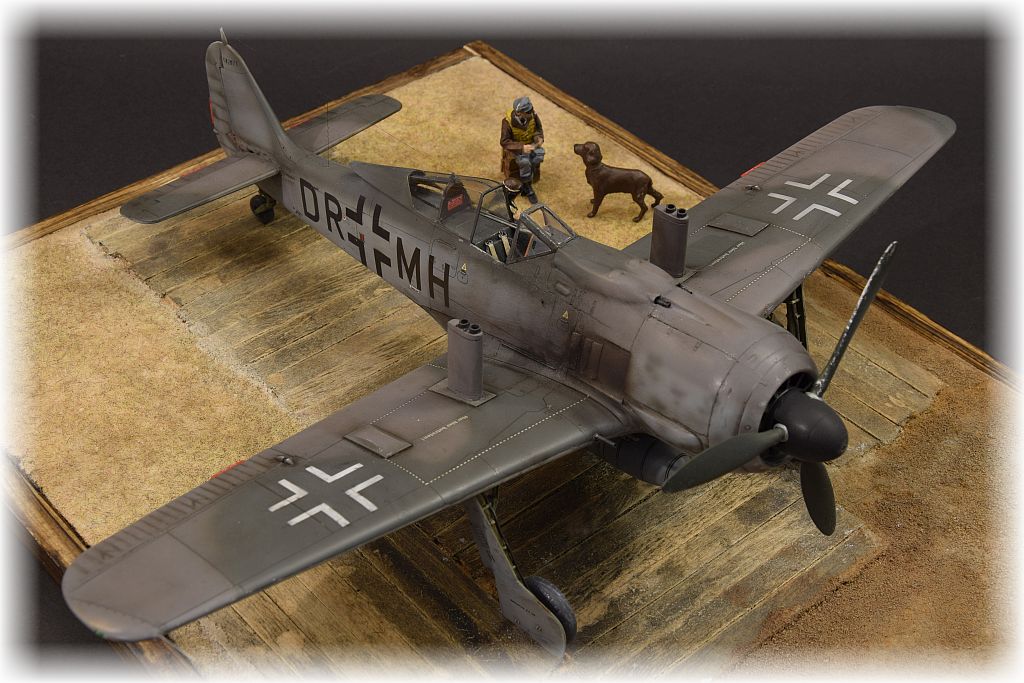 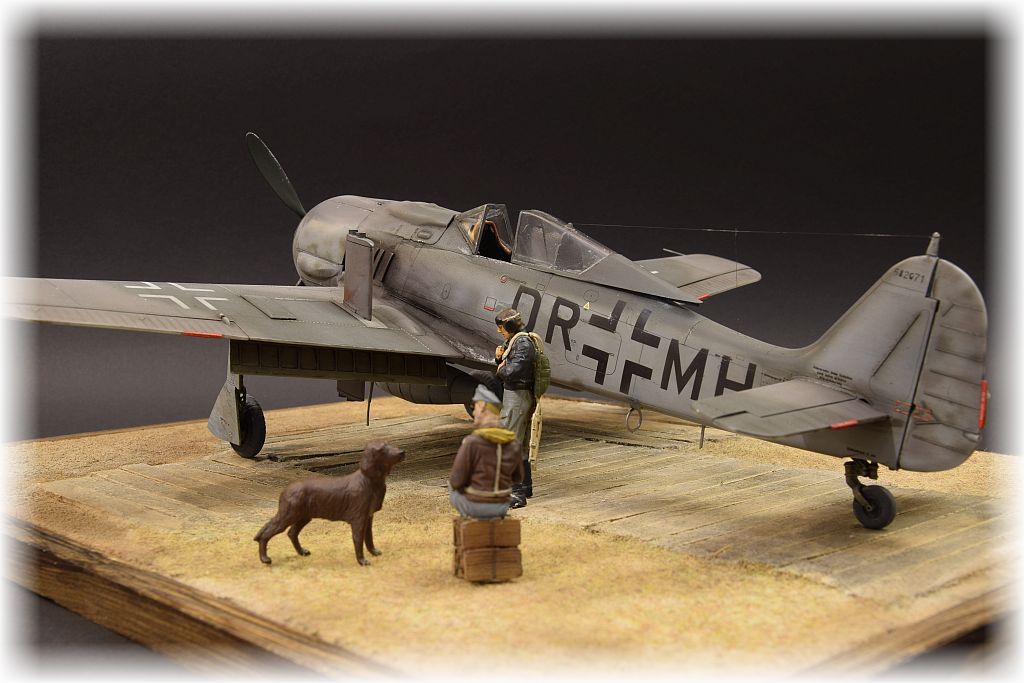 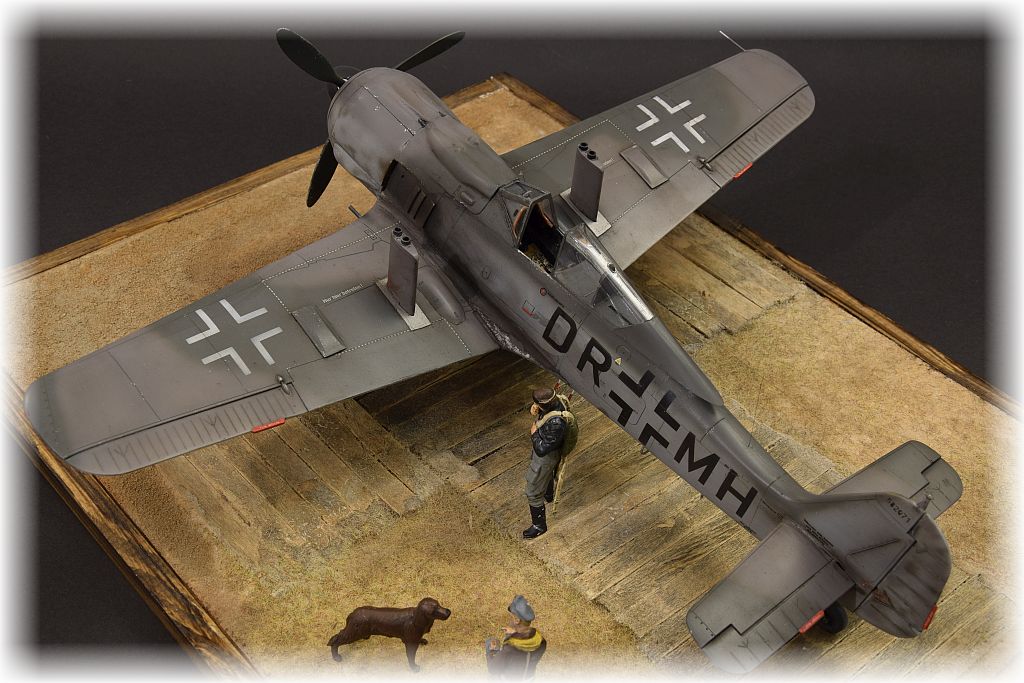 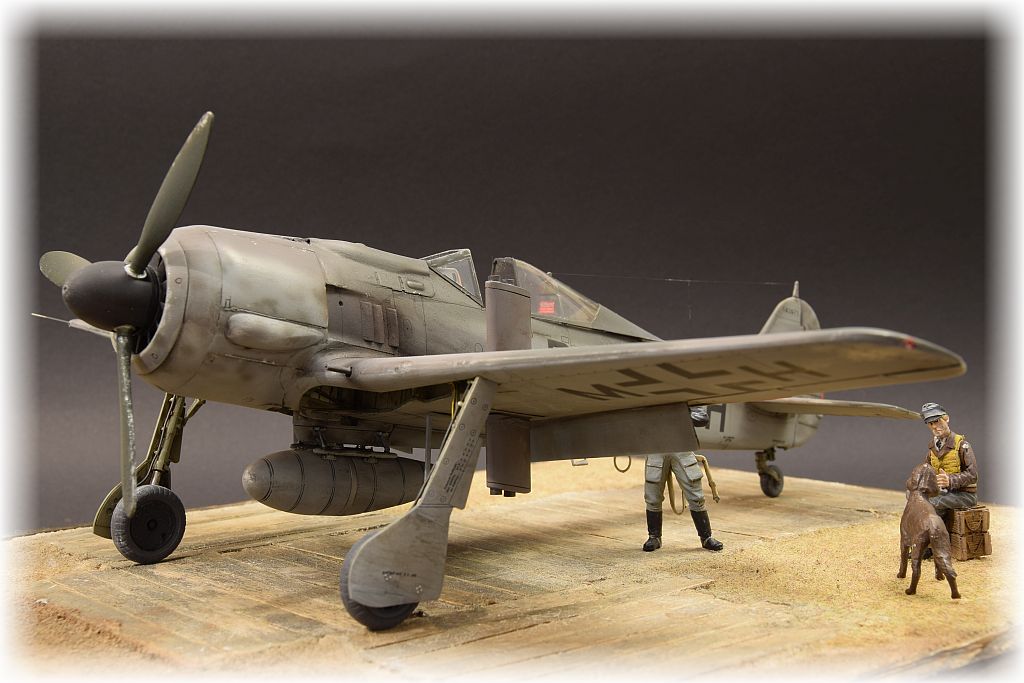 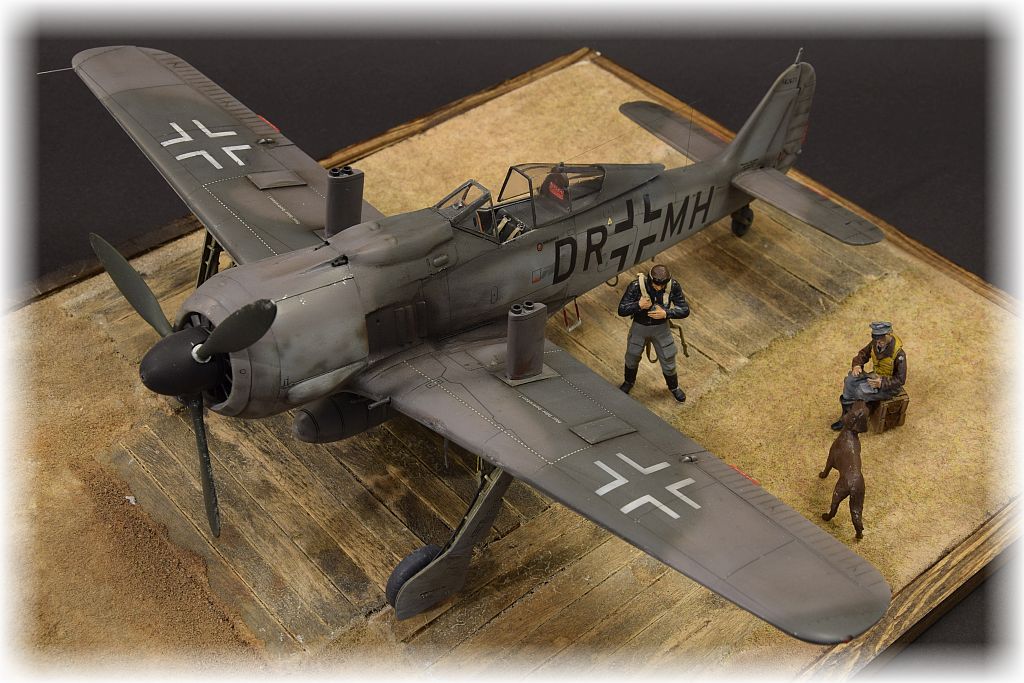 REPLY & QUOTE
"Artillery adds dignity, to what would otherwise be an ugly brawl."

That's a lovely model of an intriguing aircraft.

Thanks for sharing it.

REPLY & QUOTE
Whatever good things we build end up building us

REPLY & QUOTE
redcap (Gary N) said
How different is that! A superb build and the paintwork for the camo is spot on - I love it!
Gary