Am working on a CAD model for 3D printing of the Sturm Obes.
Google gave up on me. What I am needing help is in obtaining some more drawings or information to proceed. I have the technical drawing, a 1918 sketch. Any help with the research will be appreciated.

Some very besic information for those who are as curious as I am:
https://en.wikipedia.org/wiki/Sturmpanzerwagen_Oberschlesien

I am familiar with the wiki description, thank you. Interesting note is that wiki states the track did not wrap around the tank. In the original drawings (though poor in visual clarity) strongly suggests that the track wrapped around the tank).

Other detail issues I need clarification on:

I wanted to share with you the work-in-progress photos. But being new to this site I do not know how to attach photos.

REPLY & QUOTE
RobinNilsson (Robin Nilsson) said
I assumed that you knew about that wiki-page and the Russian site it links to. I added it for the benefits of others who, just like me, has never heard about this tank before

Track wrapping around tank.
The full wrap around can, for instance, be seen on (or rather aroun) the British Mk IV. Very little of the tank protrudes above that upper run of the track.

Modern tanks have the track outside the tank and only the suspension parts like wheels, springs, suspension arms, shock absorbers, return rollers etc. are actually under the top run of the track. The tank can extend out above the tank. 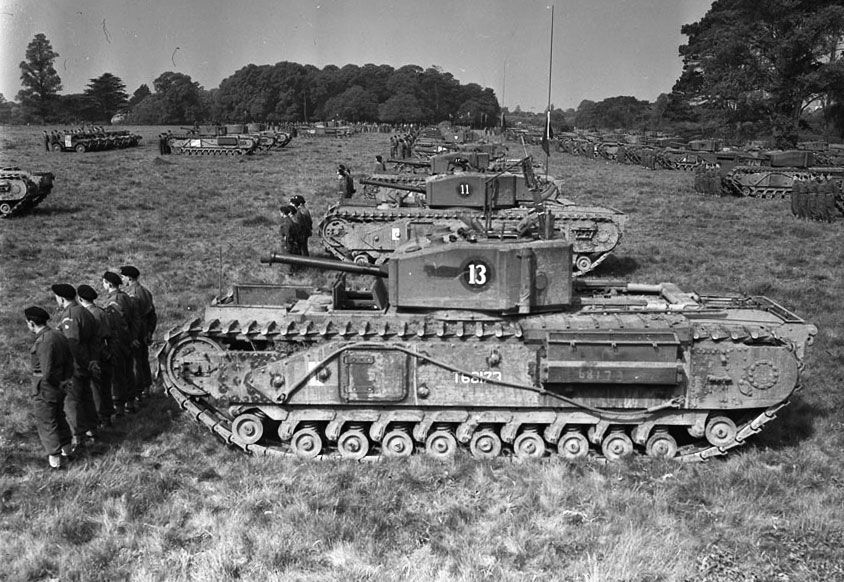 The wiki-page actually says:
"The Oberschlesien included a track which was placed under the tank and only wrapped around half of it."
Wrapped around half could mean that the lower hull extends out between the upper and lower track runs.


Which side gunner??
I see one larger turret in the middle and two smaller turrets, one in front of and the other behind the central turret. The large circular cover bolted to the side is probably an access cover to the final drive which drives in the centre of the upper track run. 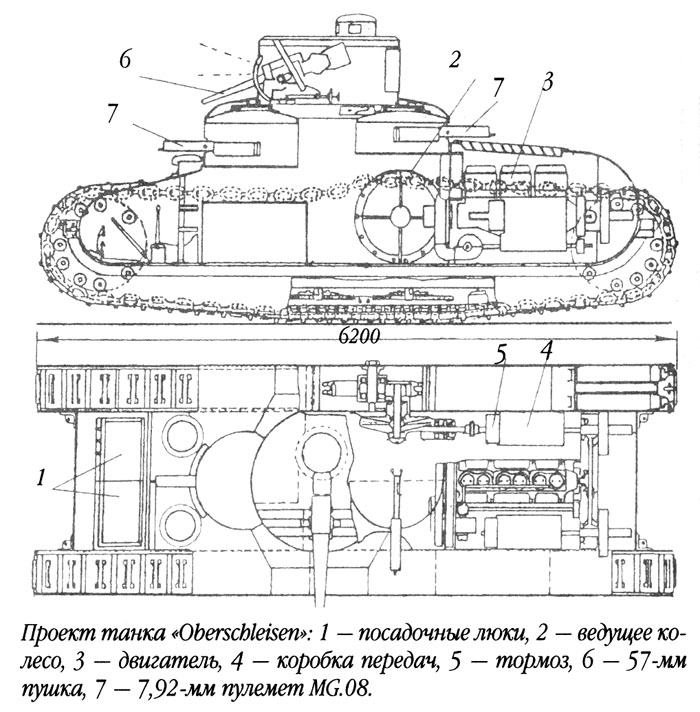 REPLY & QUOTE
RobinNilsson (Robin Nilsson) said
Attaching photos.
I use imgur when I want to make images available on the internet.
To make your post here show an image available somewhere on the internet you click the img-icon, button to the right in the row of buttons below the post-editing dialogue. This inserts img-brackets in your post and then you paste the link to the image inside the brackets.
If you hit Reply&Quote on my post with images above you will see what it looks like.
If you use imgur they provide different "share-this-image" links and the one aimed at BB-forums can be coied and pasted straight into a post here.

REPLY & QUOTE
RobinNilsson (Robin Nilsson) said
General thoughts.
Since it was still only a prototype I would use some "artistic liberty" and make my own, plausible, design.
Maybe the crew entered through the hatches on the glacis,
in front of the forward mg-turret. Hatches in the tops of the turrets are probably impossible, the guns are in the way ...
Use designs from the LK I, Leichtkampfwagen, for smaller details in the outside. Ideas for hatches and engine deck could also be taken from the LK.

Thank you for the moral support.

For artistic license I have looked at the LK1 and gathered some ideas.

If I tried attaching a photo to your reply but I keep getting "you can't attach" message.

I'll try hosting my photos and share what I have designed thus far.

REPLY & QUOTE
RobinNilsson (Robin Nilsson) said
If you could post the web-link ( http://yada yada .. or https://yada yada ...) in a post here then I could rearrange it to show up as an image