REPLY & QUOTE
Black_sheep (Thomas Wirsching) said
After my exhaustive cruiser build I wanted to do something "easier" and smaller just for relaxation. Therefore I decided for the Kaiwo Maru. I bought the kit cheaply at a vendor´s discount sale and the Artwox wooden deck also for just a few bucks from Ebay.

Some facts about the real ship: The Kaiwo Maru was, together with her sister ship Nippon Maru, built and commissioned in 1930 at Kawasaki´s shipyard in Kobe. It was intended to be used as a training vessel for the japanese merchant-marine students. During her service live she sailed over a Million nautical miles and has trained 11.000 young sailors. During WWII the IJN requisitioned the ship, removed the sails, installed 2 x 1.500 HP diesel engines and used it for postal duties between its Islands and as a resupply ship for the lighthouses - here she earned its nickname "the angel of the lighthouses" when she brought awaited provisions, spareparts and food to the lonely lighthouse keepers.

Luckily she survived the world war and was backdated again as a sailing vessel and served therefore until 1989 when she was after 59 years of service decomissioned because of the completion of the Kaiwo Maru II. The ship is moored until today in Kaiwo-Maru Park near Toyama Bay and can be visited as a museum ship.

I would like to build her at her wartime livery as a resupply ship anchoring at a rocky shore near a lighthouse. I didn´t found any lighthouse kits in 1:350 so I will be forced to scratchbuild one; lets see how it works...

The kit itself is small with a manageable amount of parts. Despite its roots lay back as far as 1977 when IMAI released her first as a sailing ship it is still a very nice kit to tackle with. Sure there is some small amount of flash but nothing serious. The extra wooden deck from ARTWOX will surely upgrade the overall impression in the end. The kit have extra photoetched parts for the railings and the shrouds but arguably both are too less for the kit so I have to improvise here, too. 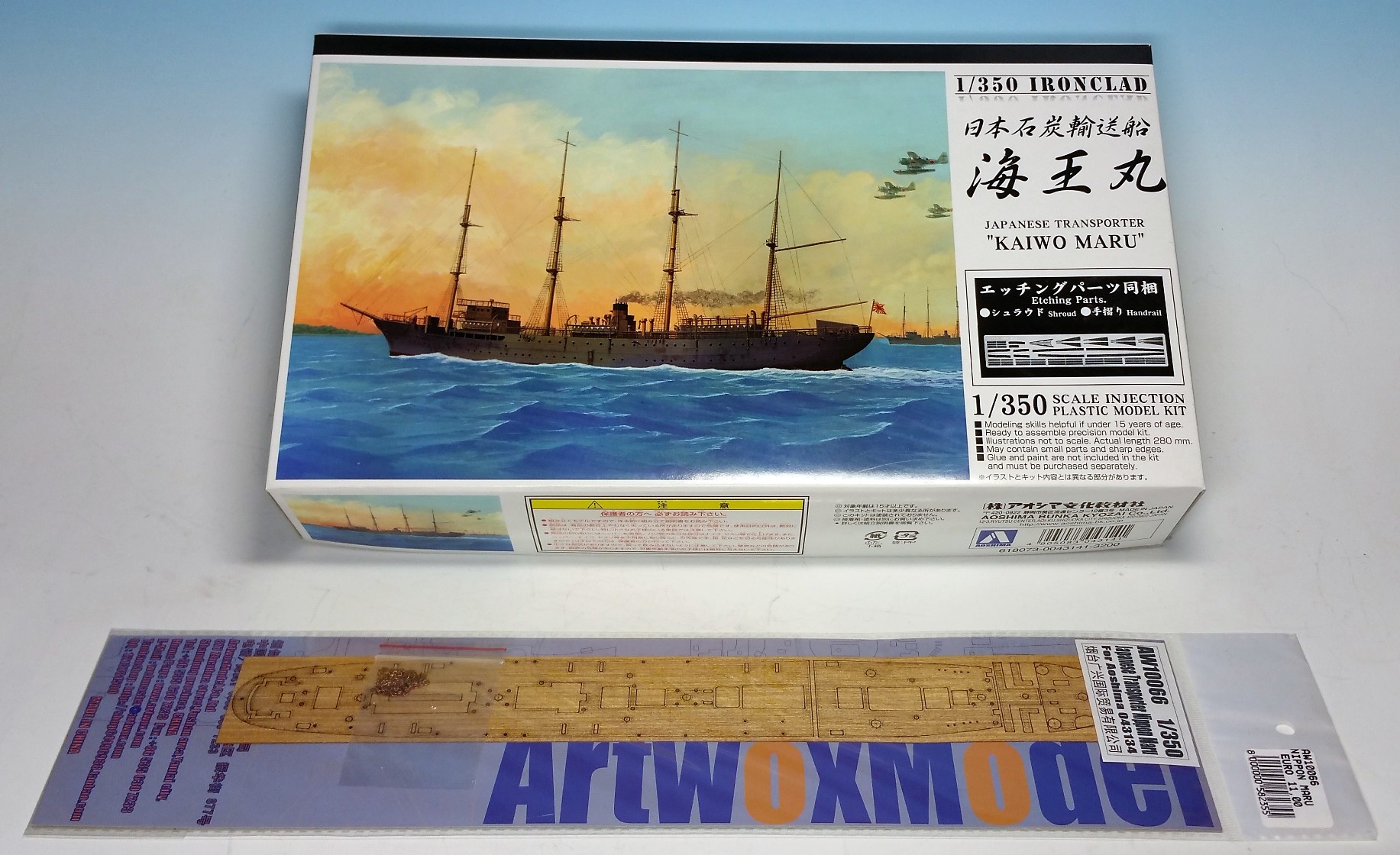 If I did have aroused your attention and interest for this small but special ship I would be glad if you look inside my build from time to time and tell me what you think.

So there is just one more word to say: "let go!"