REPLY & QUOTE
Invincible (Jcampkin) said
I'm planning on building an M4A3E8 with the sandbag racks around the hull and turret but the only reference pic I've found is a slightly blurred black and white photo of the front and left side of a Sherman from the 45th tank battalion (I think). So do any of you have some clearer photos of similar shermans from some different angles?
Many thanks in advance!

REPLY & QUOTE
PanzerKarl (Karl) said
Do you mean like this? 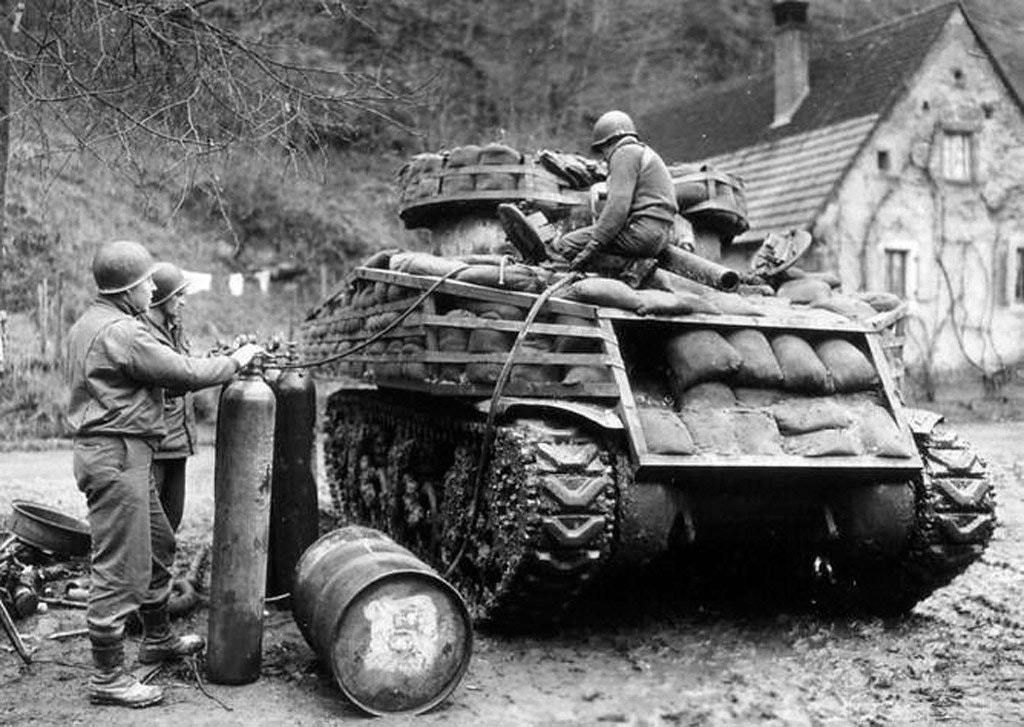 REPLY & QUOTE
barkingdigger (Tom Cromwell ) said
Google 14th Armored Division tanks and you should get a lot! From what I've seen the racks were all home-made, from metal stips or angle-iron (or both), so it is best to pic a tank and replicate it since there is no definitive pattern that I know of. There's a classic shot of tank C-6 from 25th Regt with the racks added but empty!