World War II
Discuss WWII and the era directly before and after the war from 1935-1949.
Hosted by Rowan Baylis
HobbyBoss 1/48: F4F-3S "Wildcatfish"

Here comes my new F4F-3S "Wildcatfish" in 1/48 scale from HobbyBoss.
First, let me say the following. If this kit is the downsized version of the 1/32 Wildcat by Trumpeter (by the way.....Trumpeter and HobbyBoss are one company), it does not do justice to the bad reputation of the "big brother".
It offers a pretty good fit and a beautiful surface detailing. Putty and abrasive are used only slightly.

Short history lesson: a with two Edo floats converted aircraft from the F4F-3 series, the Bu.No. 4038, was first flown on 28 February 1943 by the Grumman test pilot F. Hank Kurt. The aircraft, nicknamed "Wildcatfish", was not built in series because of its low engine power and poor flight performance. The order for 100 machines was canceled, also because the pioneers of the U.S.. Navy advancing the construction of field airfields and the air rule by the aircraft carriers of the US Navy in the Pacific came more to bear.

Built out of box. Only etched harness and stretchable yarn as antenna wire were added.
Painted with Gunze colors (US Navy set) and Revell. 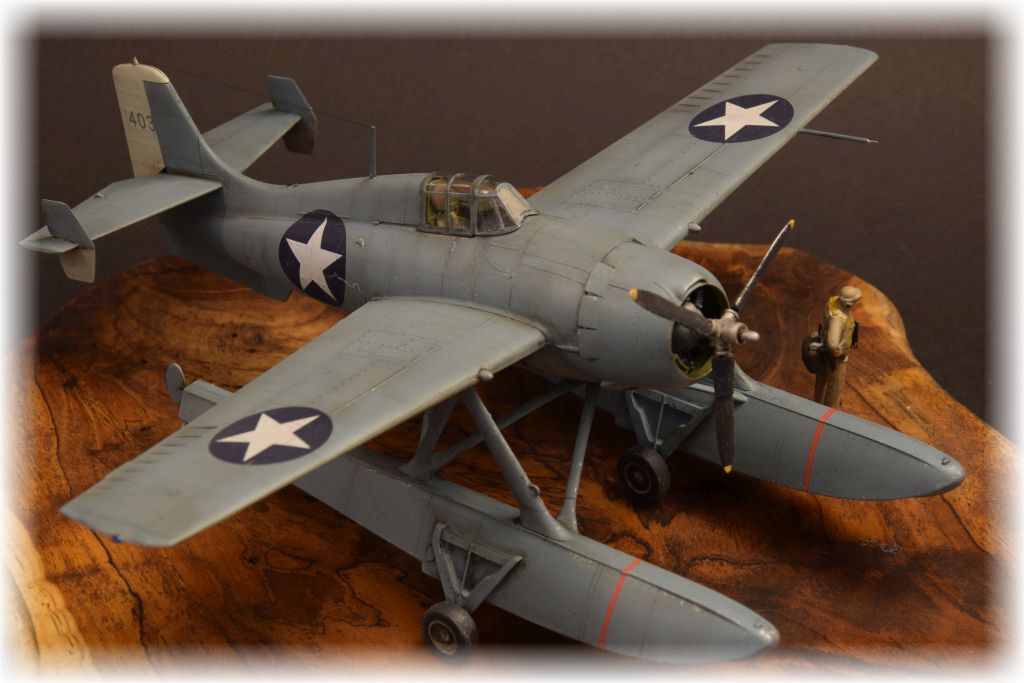 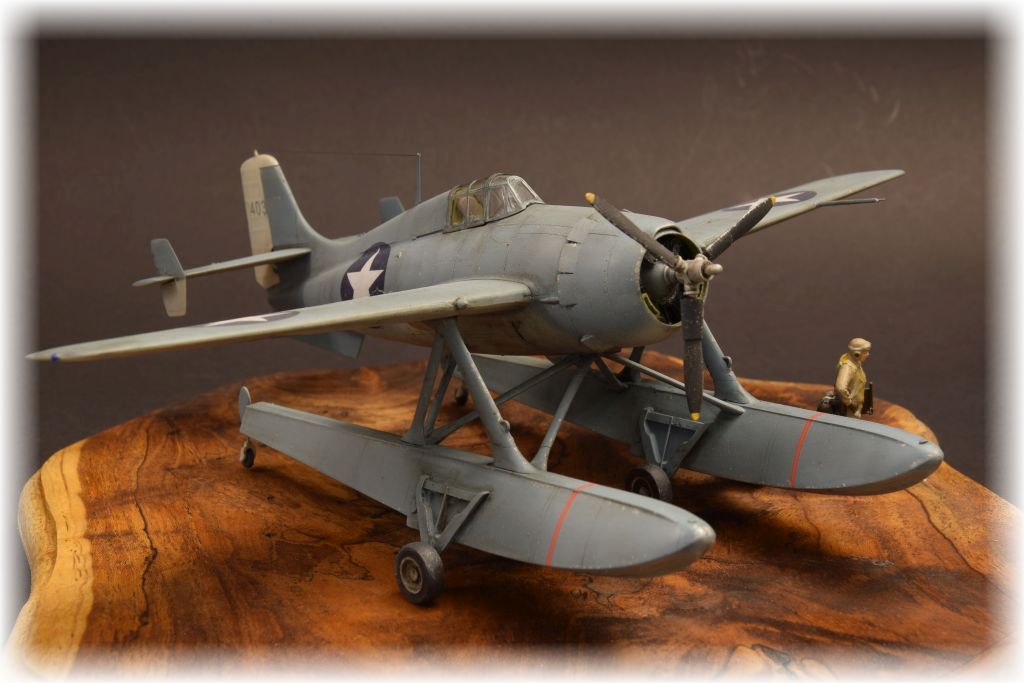 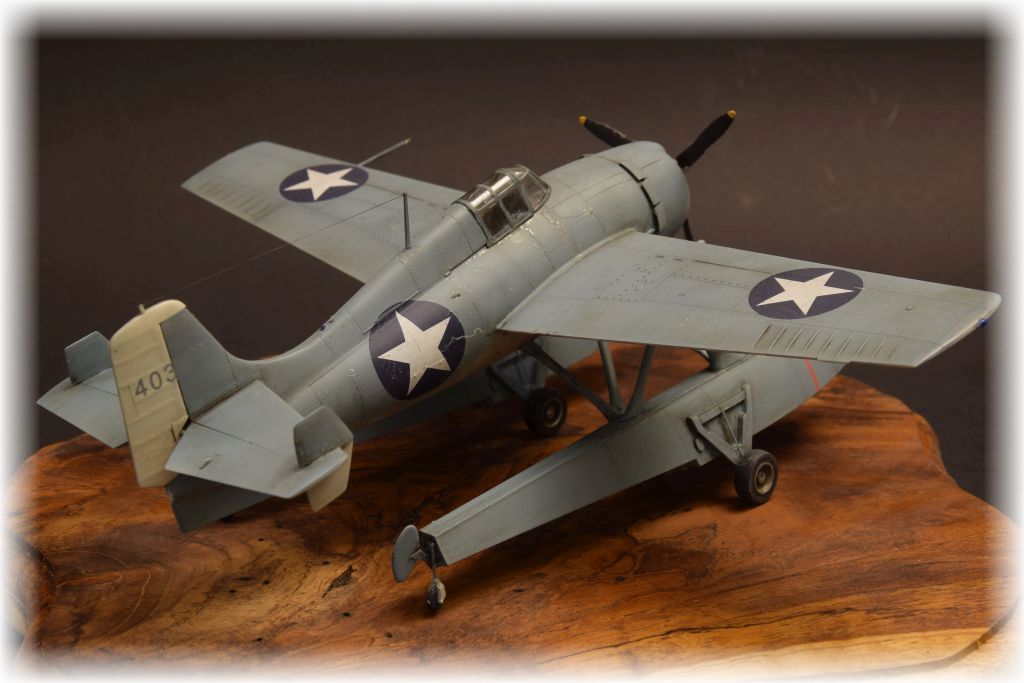 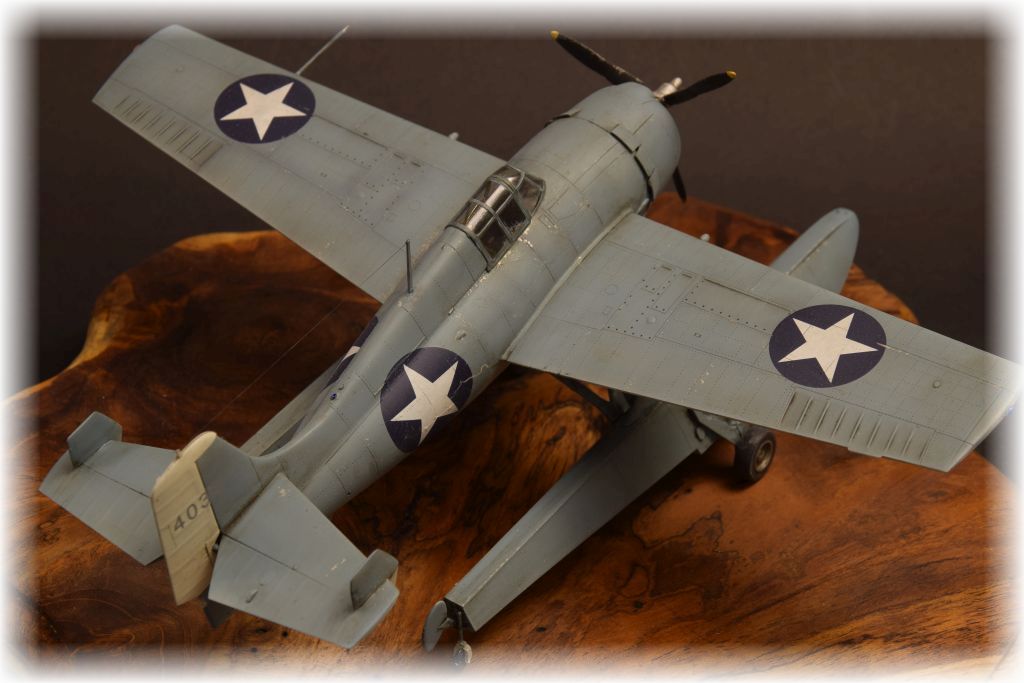 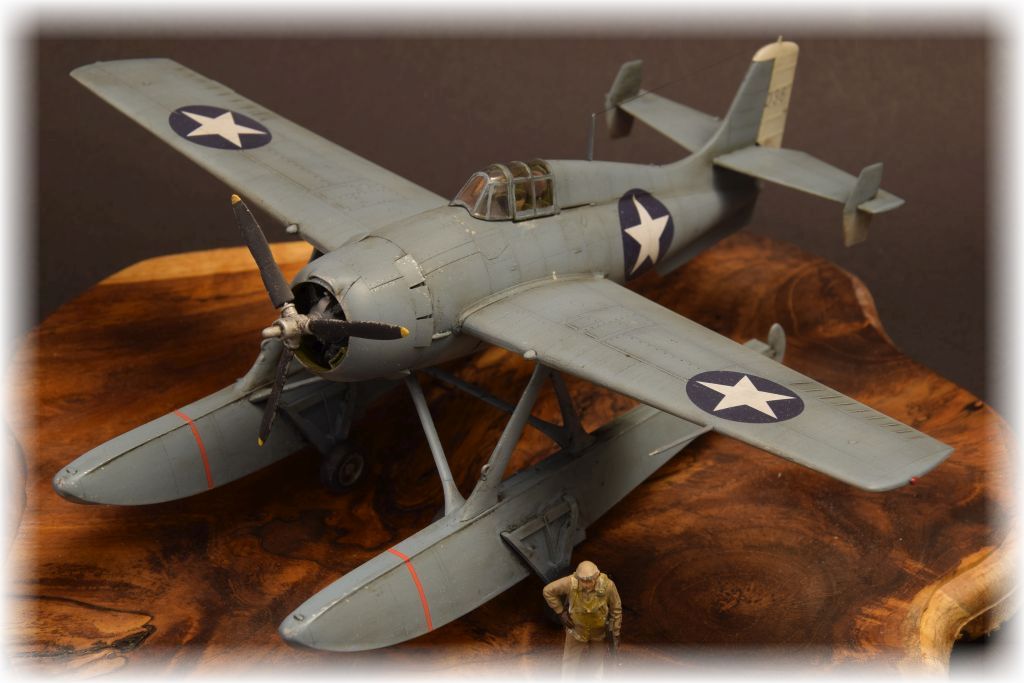 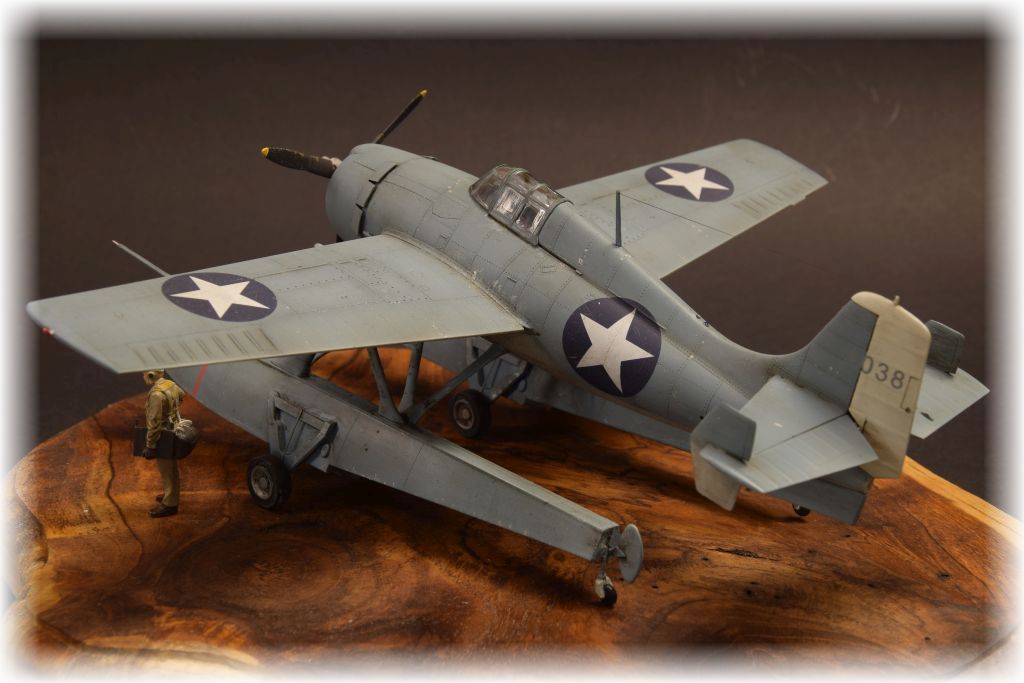 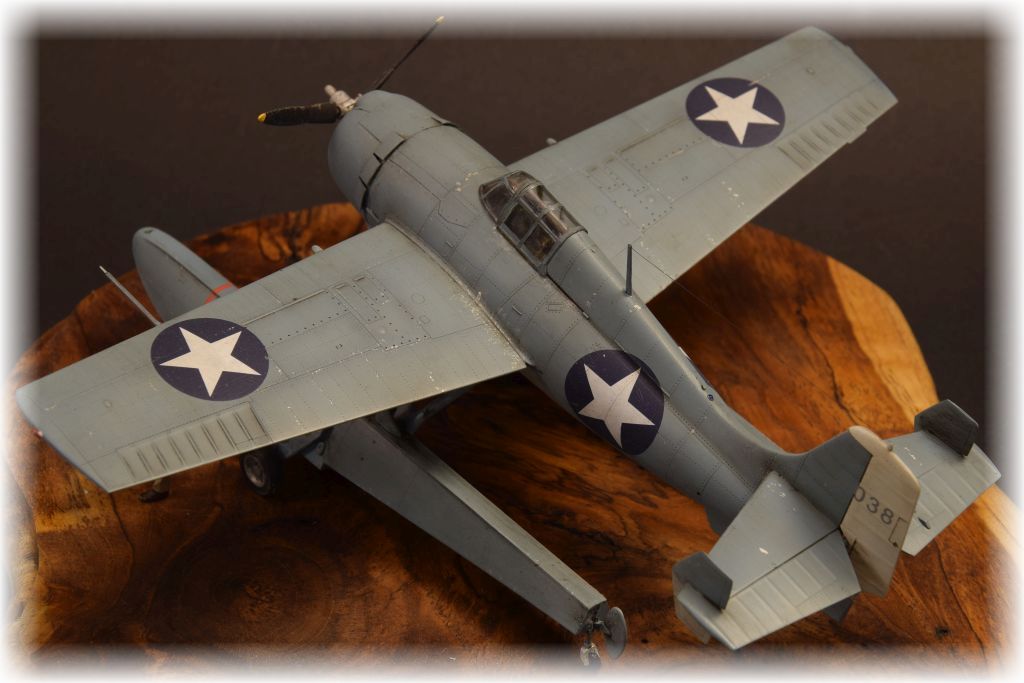 REPLY & QUOTE
AussieReg (Damian Rigby) said
Lovely work Stefan, I really like the weathering and it is a very uncommon subject.
The base looks very much like Australian Blackwood, great colour.
One thing in the images keeps catching my eye, the small piece of thread between the trailing edge of the right wing and the insignia. Things you spot only AFTER the photos are posted

REPLY & QUOTE
ColinEdm (Colin Key) said
Very nice! I really like it, always had a soft spot for Wildcats.

REPLY & QUOTE
WIggus (Wiggus) said
This is so beautiful; I will have to build one.
I'm a sucker for float planes. :-)

REPLY & QUOTE
BigZimmo (Stefan Zimmermann) said
Thanks for your comments, mates!!!
Damian, you're right......damned, the matte clear coat has left a mark at this point. But now I've fixed it.
In the live view it's less visible, but on the photos.