It was from this book and was a full page photo. Page 174

You shop at half price books too! Yes, it also appears in David Doyles book on the Sheridan, but thats not surprising since contributors on that book also contributed to the Tamiya kit.
VR, Russ

REPLY & QUOTE
sherb said
Decided to go in a slightly different direction with my decal choice.... 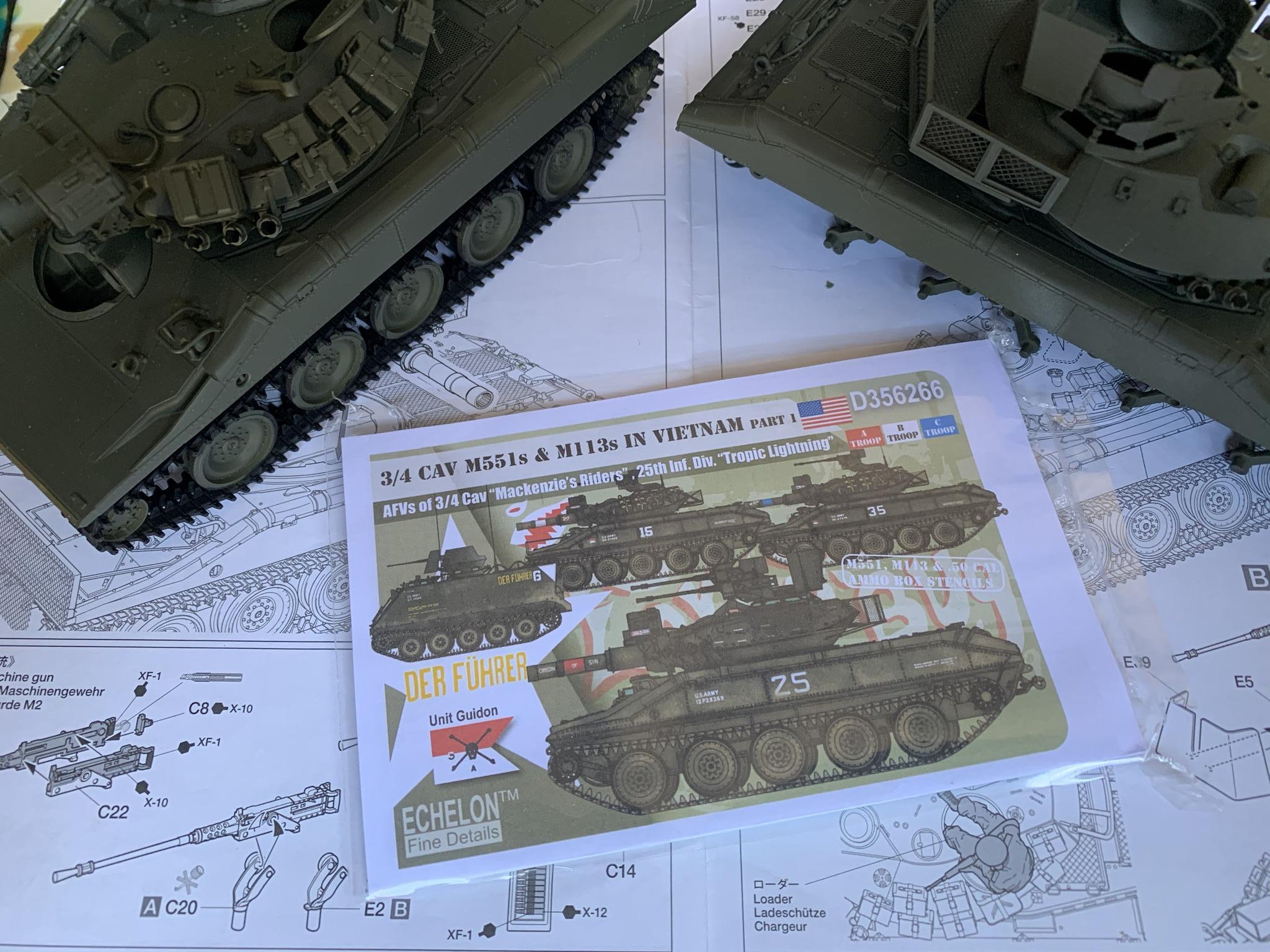 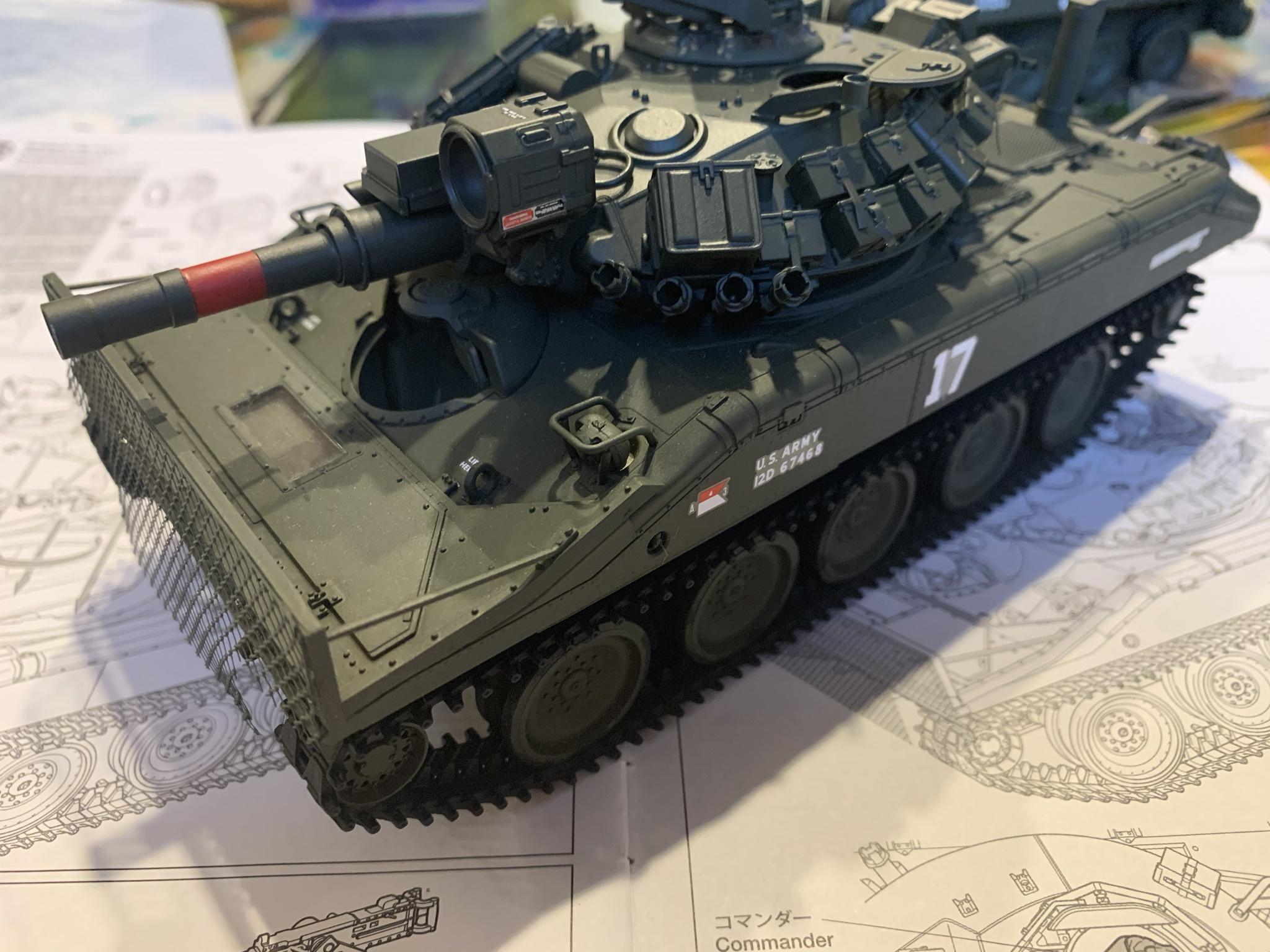 REPLY & QUOTE
sherb said
I'm a little bummed with the silvering on the decals. Ran out of gloss coat. Fortunately it's not quite as bad in person as it is in the photo. 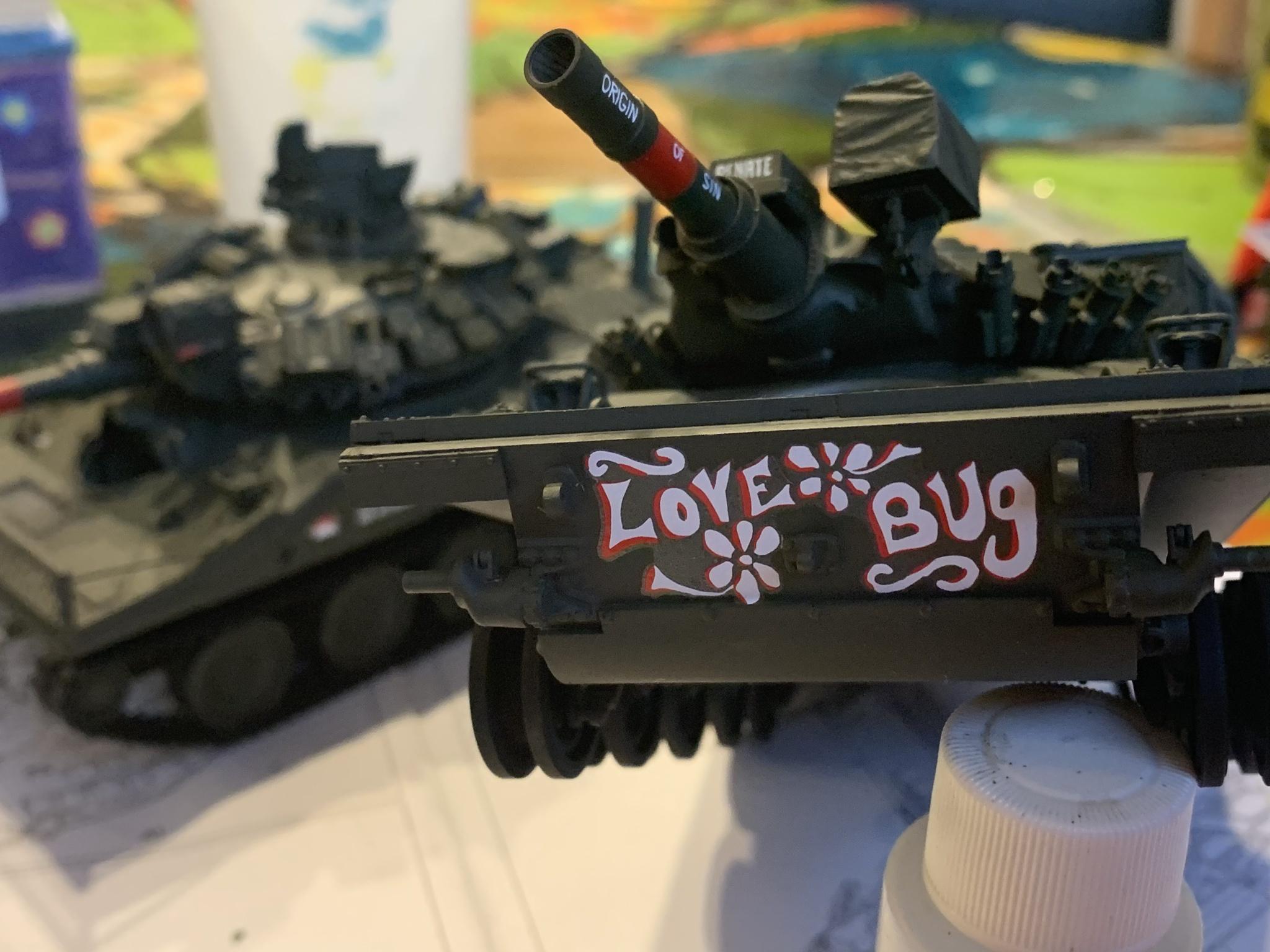 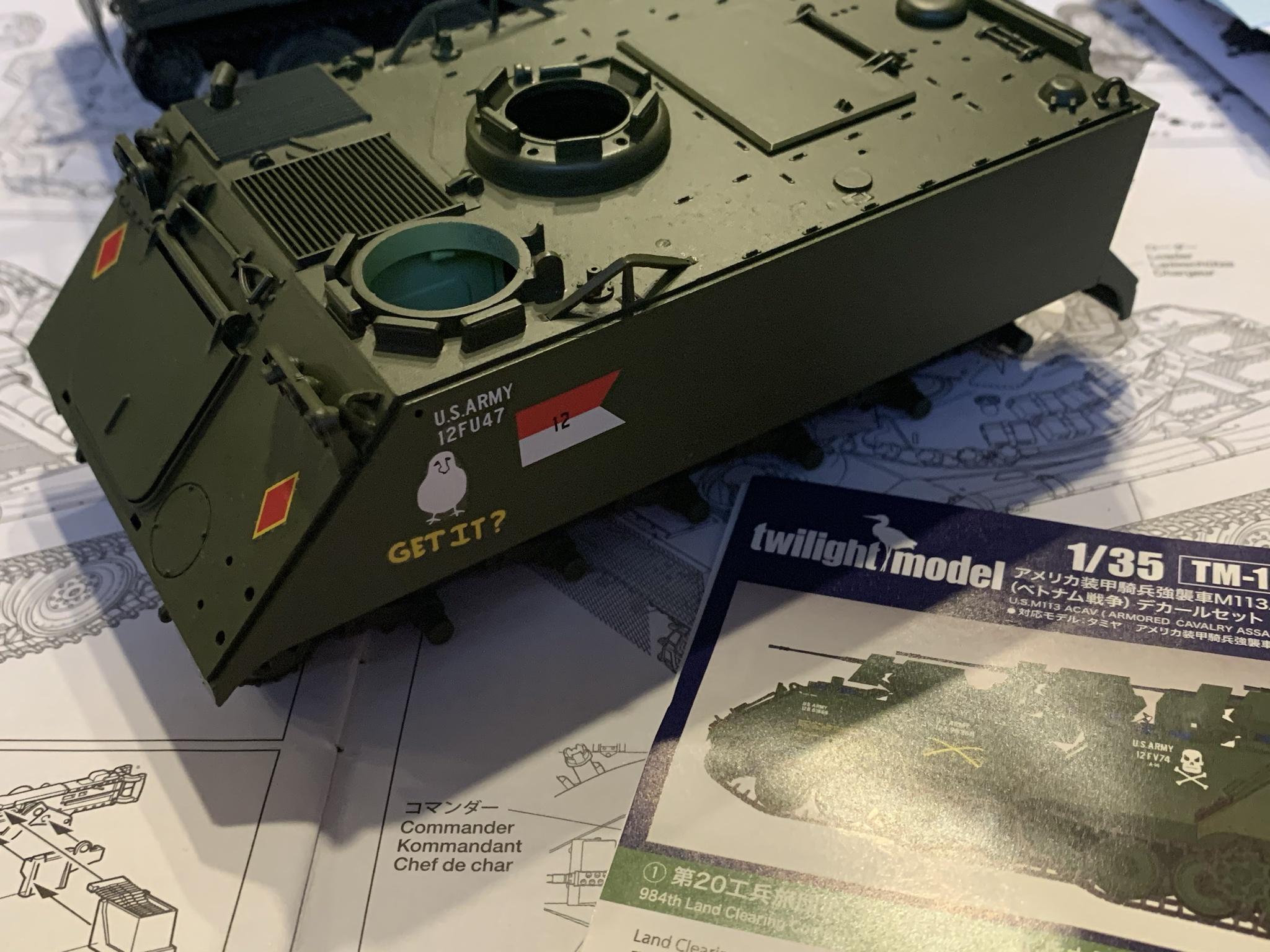 I havent started on my one yet but it does look like a pretty decent kit. My only negative comment is, I really wish Tamiya had provided a rear turret basket rather than the gimmicky 'convertible' driving position which to my mind is pointless.

Well, the 12-year-old me who would "play" with the models and figures loves the convertible driving position. The present day modeler in me says I'll make a choice (opened hatch with the driver figure or a closed hatch) and stick with it.

The larger turret baskets were primarily a field modification of the 11th Cav. The stock one in the kit is correct for a 3/4 Cav Sheridan (Such as Hard Core 7 on the box art) though they were also subject to field modifications, usually a boxed structure around the rack with cyclone fencing.

keep in mind that next to the ACAV, the Sheridan was the most customized track out there. Many didn't get the add on armor plate till later in life. The Tamiya builds a nice three quarter CAV track, but then your on your own for something else. Surprised they didn't add a roll of chain link fencing to be stored on the engine deck. That would have been a must have along with a bundle of engineer's stakes. Most pics you see are in a stand down situation, and busting jungle is a different plan. I've seen three quarter CAV tracks with PSP plate attached to the sides.
The design was intended to be a light recon track with a big gun. Great ideas do go astray from time to time. They couldn't break jungle very well, and their foot print was wider than the ACAV (very important). Most of the time they ran in the middle and brought up slack in the column. The one thing the Sheridan had going for it was the 152mm diameter beehive round. In a big time sweep, they were a little too slow. Yet for the most part just fine. Just couldn't take much of a hit, and the bad place was at the side and not out front.
First one I ever saw was at Sill doing a demonstration with the rocket. The target was an M4 Sherman tank towed out via an M88. When all was said and done; somebody got a new M88 (the most expensive track in the U.S. inventory). We didn't start seeing them in combat till the fall of 68, and even then they were uncommon. I saw one bust the cap on three beehives and then followed up with three HE rounds into an old bus terminal in Quang Nghai, and was impressed! Might have been Echo Troop 1st of the 1st rescuing an infantry platoon that stuck between the rock and the hard place. Never did completely replace the M48!
gary

I'm a little bummed with the silvering on the decals.

That's annoying. But I've had that happen a few times lately. A couple tricks you can try that have worked for me to varying degrees.

1. As you know, silvering is due to air trapped between the decal and the paint. Prick the decal in multiple places and brush on a diluted gloss. I use Future/Pledge but am sure other clear gloss coats will work. The gloss creeps under the decal and fills in between the minuscule rough paint particles, attenuating the silvering.

2. Go nuclear: prick holes in decal and add ultra-thin liquid glue. I did this with the turret numbers of my Italeri Tiger and it didn't destroy the decal or harm the acrylic paint. But I would definitely test it on a small decal first.