World War II
Discuss WWII and the era directly before and after the war from 1935-1949.
Hosted by Rowan Baylis
The Die Is Cast (Diecast "Modeling")

Next time I will write a little bit about the known operational history of Black 8, its pilot, and its connections to Black 3, its lost pilot, and the aforementioned "Killer" Caldwell.

Well, it's about time that I made good on this undertaking. However, the content will be less than I imagined because of further research, which made clear that the "crackling good yarn" I thought I had was incorrect.

I've already written about the killing of Luftwaffe pilot Hermann Förster in Black 3 on 12/14/1941 by Australian Ace Clive Caldwell. I thought that Caldwell was almost shot down in a subsequent dogfight with a famous Luftwaffe ace who flew Black 8. However, my timing was off.

So, I will focus first on the principal pilot of Black 8. He was Franz Elles of 2./JG 27. The only pictures I have of him are in those overwater shots of Black 8 reproduced above. For ease of reference, you can see him here.

His career was brief, but at least he survived. What I know about him comes from the aircraft information in the Hobby Master diecast product.

Messerschmitt Bf-109E "Black 8", contrary to some information, was only flown twice by Leutnant Werner Schroer and was the main aircraft for Franz Elles of 2./JG 27. In May 1941 Elles scored his first victory, a Hurricane over Tobruk. He would score his fifth and final victory by downing an A-20 Boston III on December 10, 1941 before his aircraft was badly damaged by an RAF P-40 on December 11, 1941. He crash-landed his aircraft and became a POW for the remainder of the war.

The "contrary to some information" reference includes the old Carousel 1 manuracturer's data sheet on Black 8, which states that its pilot was Maj. Werner Schorer (name later changed to Schröer), an ace who survived the war with 114 victories, and who was the second most successful claimant of air victories in the Mediterranean after Hans-Joachim Marseille. 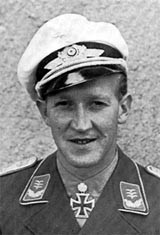 However, it is possible that Schorer had a dogfight with Caldwell on one of his two missions in this aircraft. I've seen elsewhere that Schroer flew Black 8 against Clive Caldwell in August 1941, where Caldwell came out on the losing end.

While flying to his base alone, over northwest Egypt on 29 August 1941, Caldwell was attacked by two Bf 109s, in a simultaneous approach at right angles. His attackers included one of Germany's most famous aces, Leutnant Werner Schröer, also of JG 27, in a Bf 109E-7. Caldwell sustained three separate wounds from ammunition fragments and or shrapnel. His Tomahawk was hit by more than 100 7.9 mm bullets and five 20 mm cannon shells, but he shot down Schröer's wingman, and heavily damaged Schröer's "Black 8", causing Schröer to disengage.

Try as I might, I have been unable to find any information about the Luftwaffe pilot who flew Black 6. So I suppose that the pilot pictured here must remain nameless, at least for now. I haven't finished writing about Clive Caldwell, but I want to read a biography of the man first.

REPLY & QUOTE
Joel_W (Joel Willstein) said
Brian,
I would think that Torsten is anyone has that information. Just send him a PM and I know that he'll get right back to you.

This is my next "diecast repair" project. 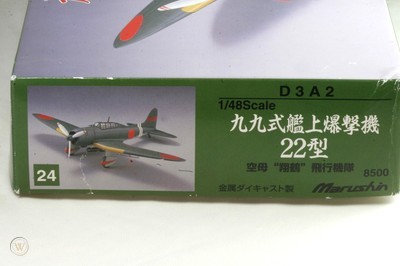 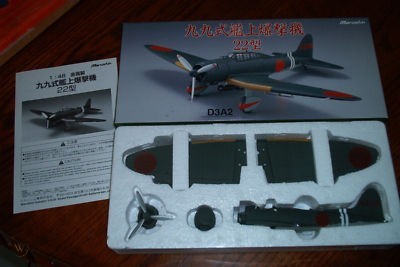 Here are two views of it out of the box - Not mine! 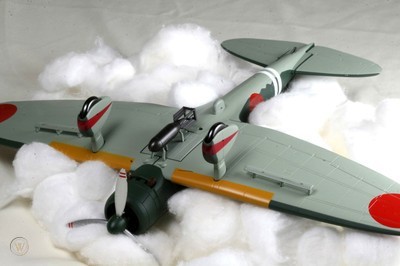 My repair is necessary because another model fell on it inside my display case [!!] and broke the forward canopy, as well as gouging the paint in some places.

I began the work on it then put it aside when I focused on cleaning up the Maruchin D3A1 -- the first entry in this blog.

It's time to get to work on this one. 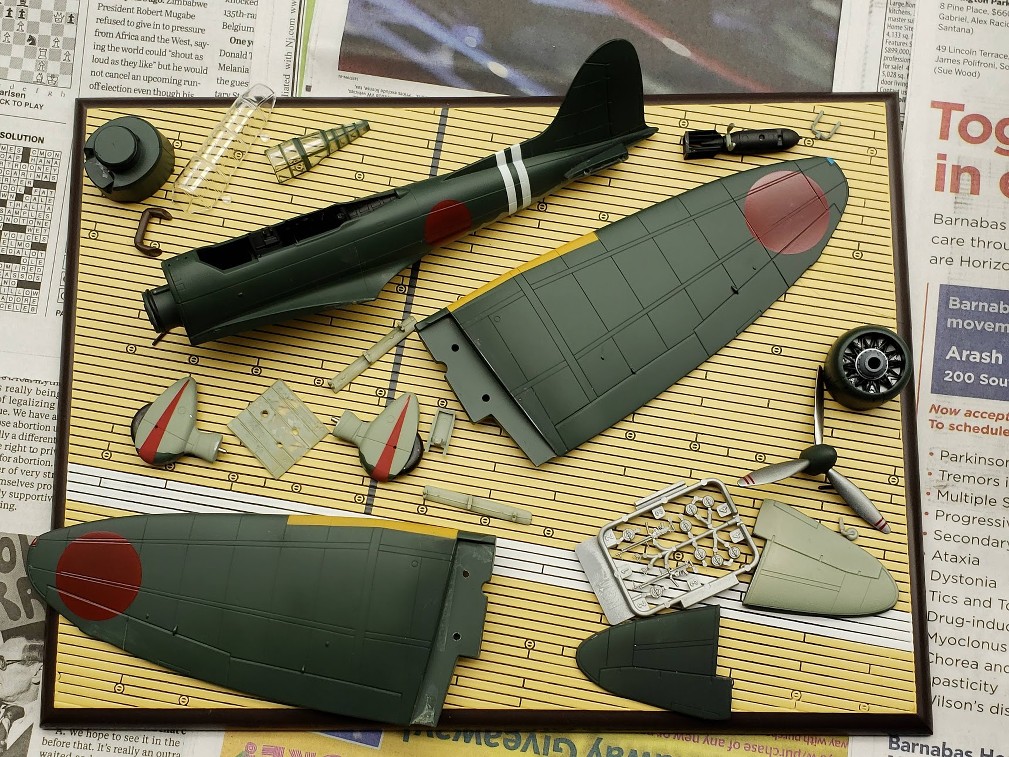 I'm going to repaint the whole thing and put on new decals. I don't like the contrast the factory-applied ones have against the "factory paint."

I'm also going to change the cockpit interior from the black that's present in the original to a realistic "to spec" cockpit color, and add some extra details. Not too much because the canopy will be closed.

and we can see it is from Shokaku in June 1943. I think there's a chance, therefore, that it took part in the Battles of the Eastern Solomons and Santa Cruz in 1942. Well, not so much after some recent research.

A1-2-103 was flown by a wingman of carrier Shokaku. Japan, June, 1943. Throughout this month, IJN Shokaku is in and around the Kure-Tokuyama area. At this time, after a long period of extensive repairs and refit, IJN Zuikaku was the flagship, and Shokakus tail code was A1-2-xxx.

Here's a picture of the real thing, showing some damage on the port wing trailing edge.

I still haven't figured out (guessed) whether the white markings at the top of the vertical stabilizer are a photo defect or an actual marking.

The tail numbering is just barely visible in the photo. Check this detail enhancement.

I'll also be adding some details to the exterior. The goal is simply a pleasing, reasonably accurate "shelf model" of a unique subject. This is the only available model in 1/48 of a D3A2.

REPLY & QUOTE
Jessie_C (Is a secret) said
Die cast models definitely have their place. After all, where are we airliner people going to get any of these in 1/200? 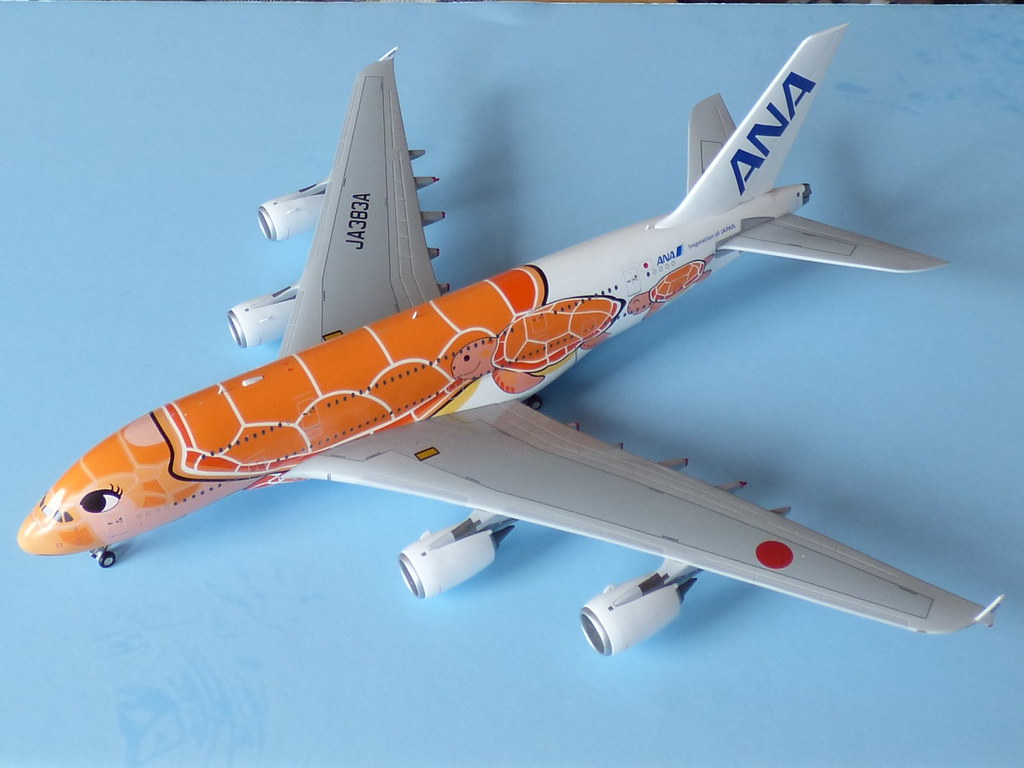 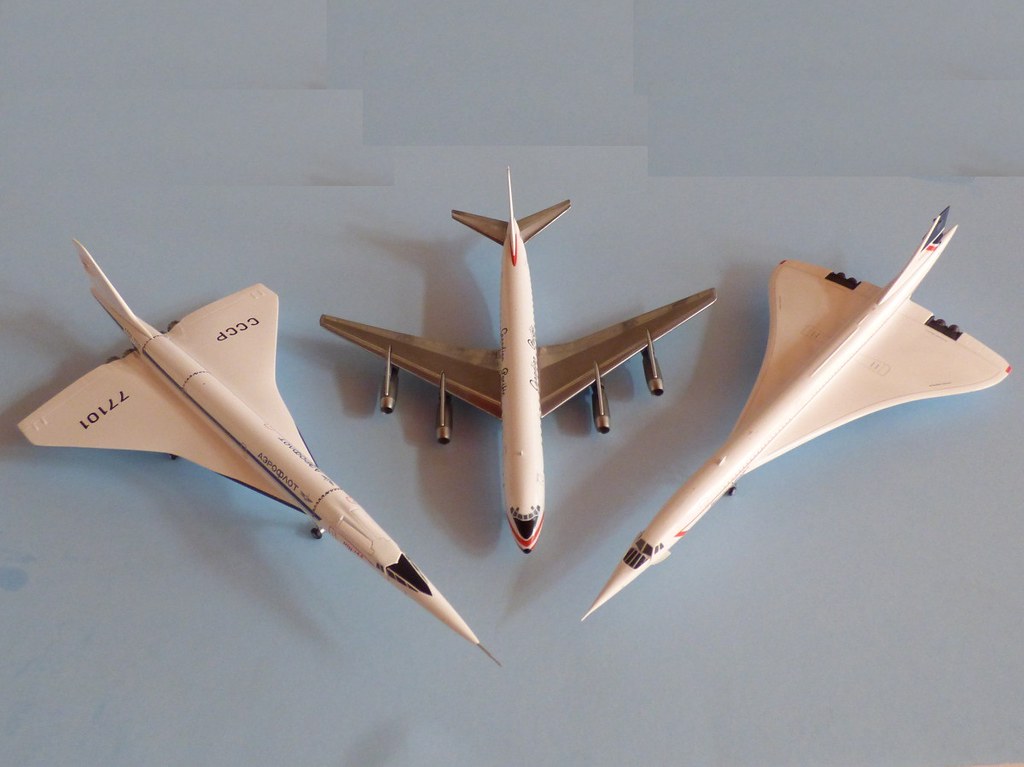 REPLY & QUOTE
JClapp (Jonathan) said
I used to dismiss die cast models, but then I got some 1/400 airplanes, now I love them and cant get enough. no way could I paint or decal them this good.
The model building opportunity in 1/400 scale is to build airport dioramas. Ive started a build of Oakland International.

havent worked on it in ages...

REPLY & QUOTE
Jessie_C (Is a secret) said
I can't quite put my finger on it, but it seems to me that you've got a theme going on there...

Glad to see your posts. I agree that

Why fight technology when you can get a beautiful model for the shelf with an exotic paint job at a relatively modest price?

I only just stumbled on to the fact that 1/400 airliners and airport dioramas were a thing. This video alerted me. https://www.youtube.com/watch?v=3GhATm6iwwc Kinda funny, actually.

I guess humans are inveterate collectors. Whatever floats one boat and all that.

Will be getting on with the Val soon.

REPLY & QUOTE
Redhand (Brian ONeill) said
I have finally begun real work on this, by masking off the cockpit opening from the rest of the fuselage to see what's in that dark space. 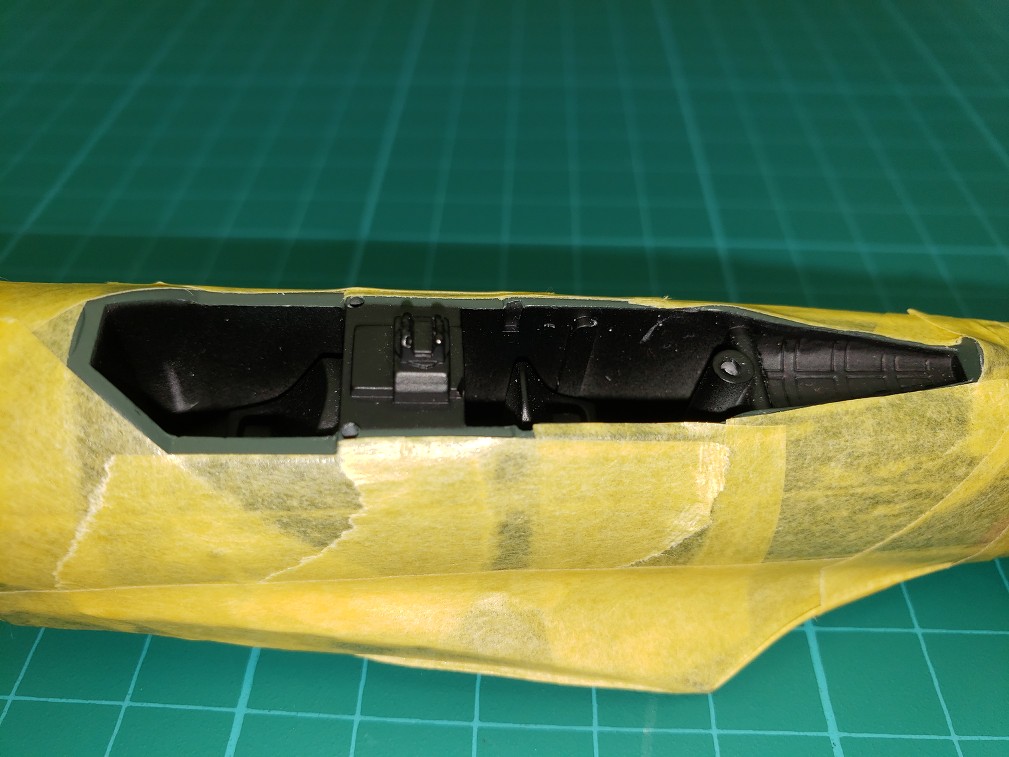 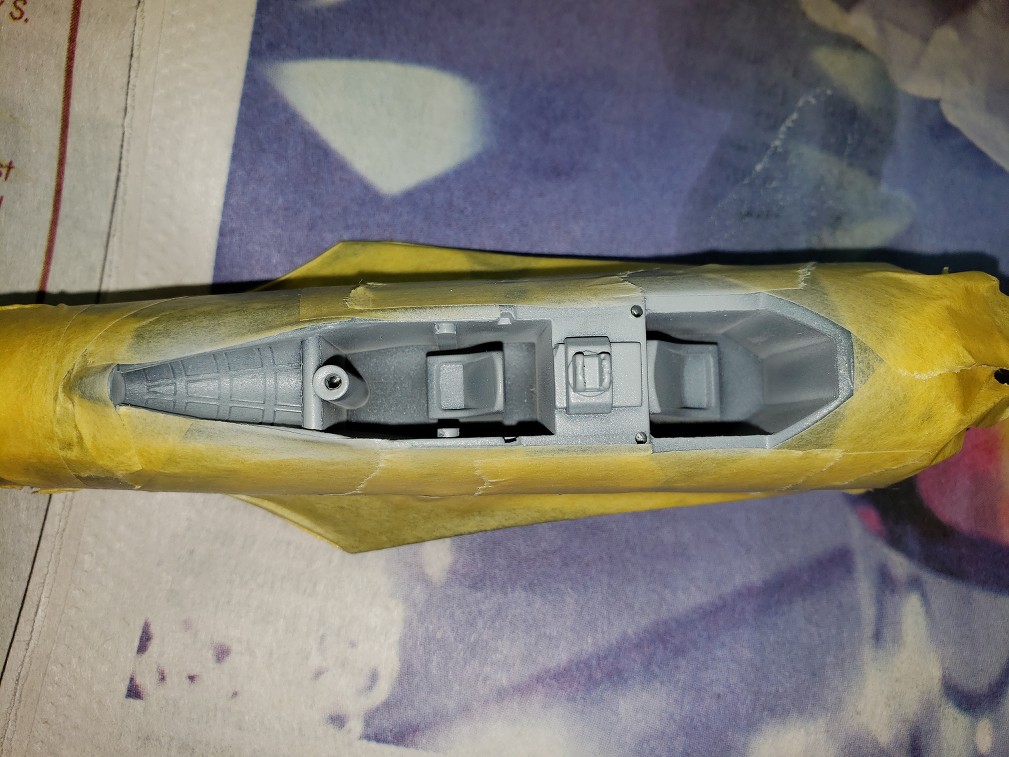 After painting the interior a proper cockpit color, I definitely need some basics like an instrument panel, control column, seat belts, various details along the pilot's port and stbd. cockpit sides, and some bulkhead ammo magazines for the Lewis Gun. (I mentioned before the gun will be a Fine Molds accessory.)

I hope to make some progress this weekend.