More work and progress taking shape. The mandatory supports for the upper hull section from some tube styrene that I was wondering if I would ever use, did the trick. One forward and two aft of the turret opening. 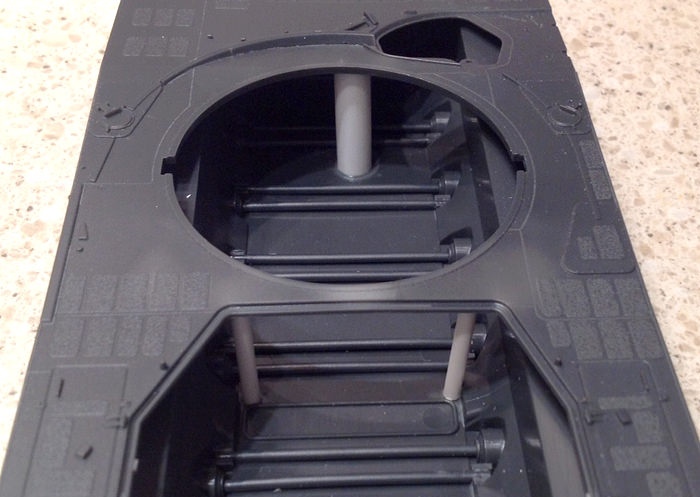 Numerous antislip sections had to be modified. Most involved making multiple sections into singular. First I tried scrapping most of the sections and masking then applying Tamiya Surface Primer. Stippling with a stiff art brush. Very time consuming. 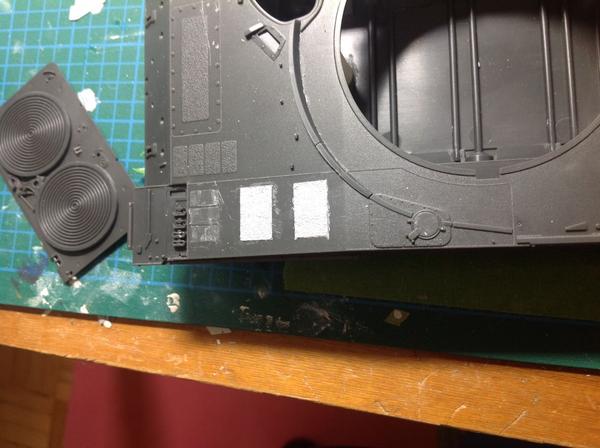 From there I tried using small strips of thin sytrene in the narrow openings and using lacquer thinner to soften the entire area and taking a stiff brush brush and stippling on the softened areas. This method proved much faster and working carefully the white pieces show no lines where they were added. Very pleased with the effect and speed of modification. 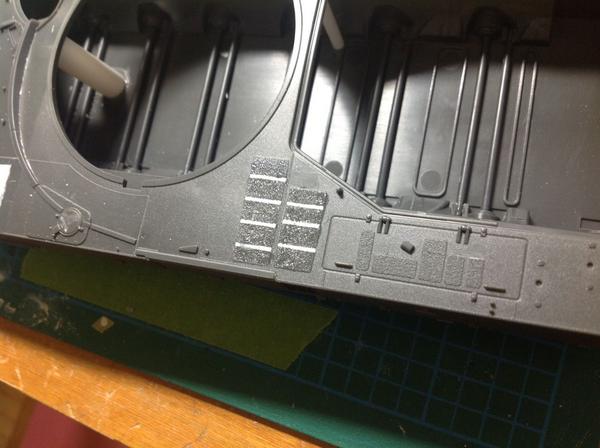 Thank you for having a look.

I have tried several times but just can't seem to get the knack of it.

Use the FLUX Luke. Temperature setting on the variable adjust seems to help. I use the gel flux to help it flow.

More work on the one of the baskets. Started on the opposite side unit but I almost ended up making a duplicate. Concentrate!!! 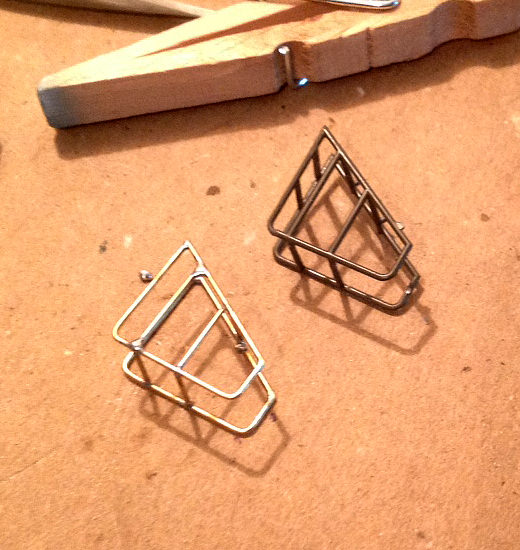 The upper and lower turret did not go together well and resulting in having to sand the left and right sides of the lower section so it would not stress the seam sections of the upper. 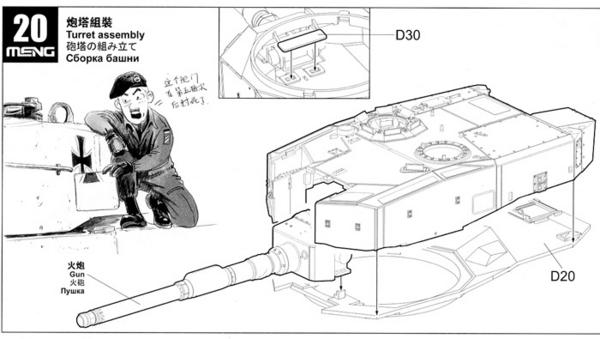 The antenna mounting holes are not represented well, so careful drilling and filing and making support posts for each side out of sprue which I tapered where it slightly protrudes from the turret top. Leoparclub antenna's required for correct version, base "B". 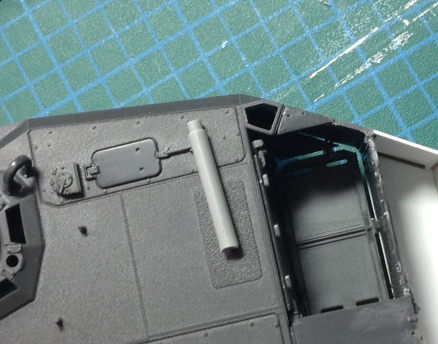 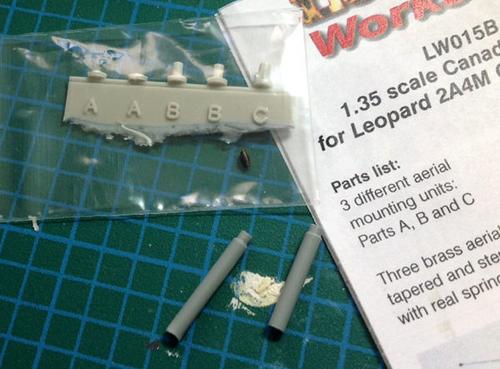 REPLY & QUOTE
Armorsmith (dvsand) said
Impressive work thus far. Very clean sodering. Wish I could master it as well as you. I have tried several times but just can't seem to get the knack of it.

REPLY & QUOTE
baldwin8 (Craig Baldwin) said
The past week started with biggest change to the kit. Adding a stowage bin and turret stowage baskets to them. Using the Tamiya 2A6 kit parts as my blueprints, the bin would be plastic card while brass K&S .032" rod for the baskets.

A couple of details were used off the kit rear panel(two different versions are provided). 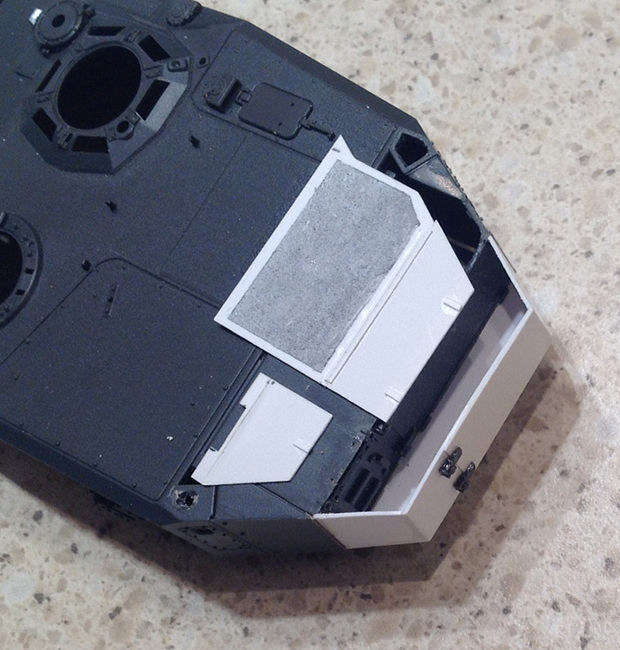 The Tamiya turret baskets would work as a direct addon but I do find constructing a part from scratch very rewarding. While my soldering skills were originally taught many years ago in a short course while in the military, I never had to use them there. 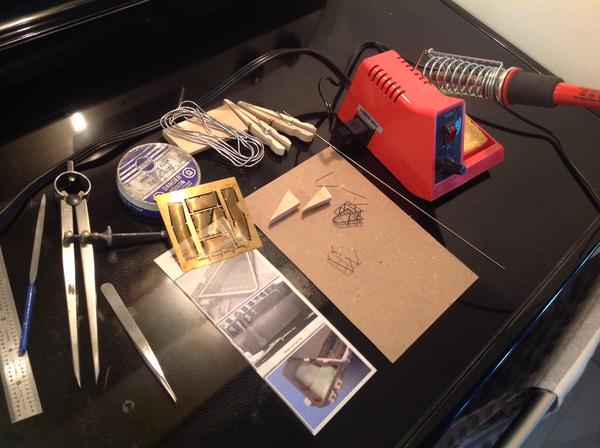 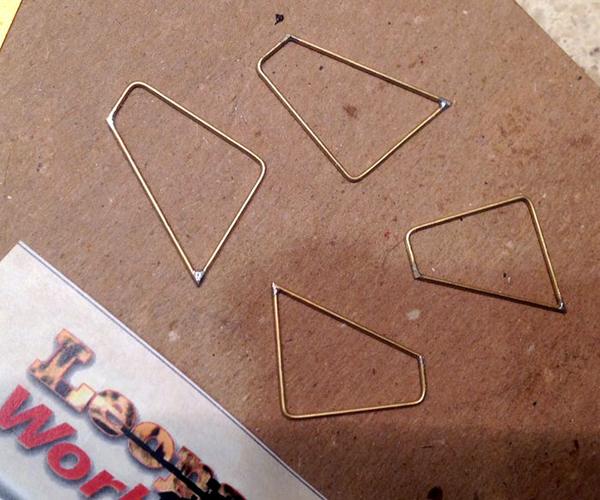 First attempt at the upper and lower frames were satisfactory. Angles are the same for top and bottom just the top is slightly longer to adjust for the slope of the rear of the turret. 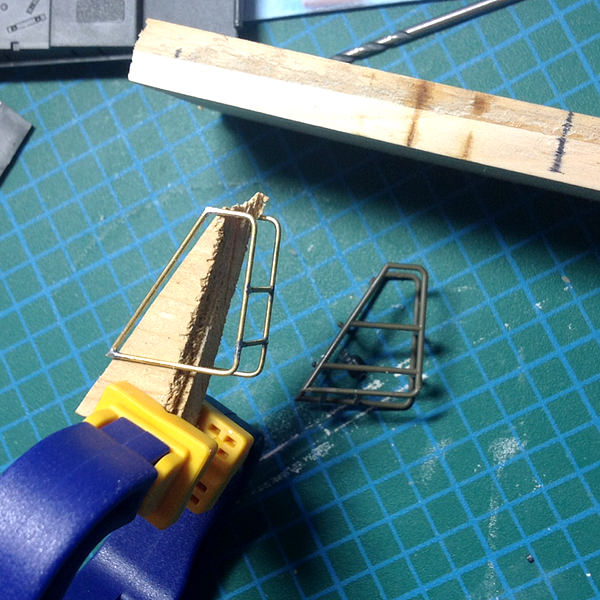 Some shimming stock wood was used as a form to make sure distant between upper and lower frames was constant. Two pieces of shimming stock adjusting then glued to around 10mm thickness, again measurements taken from the Tamiya basket.

REPLY & QUOTE
"We're not the public service of Canada, we're not just another department. We are the Canadian Forces, and our job is to be able to kill people."

REPLY & QUOTE
baldwin8 (Craig Baldwin) said
I can safely say I have a handful of select kits that I want to complete. The others? Well they are there just in case.

After reading reviews of the Meng 2A4 I knew I had to get one for myself and complete it as a Canadian Army subject. The M versions of the 2A4 and 2A6 seem to get all the attention so mine would have to be a bit different[self proclaimed lifelong non-conformist]. 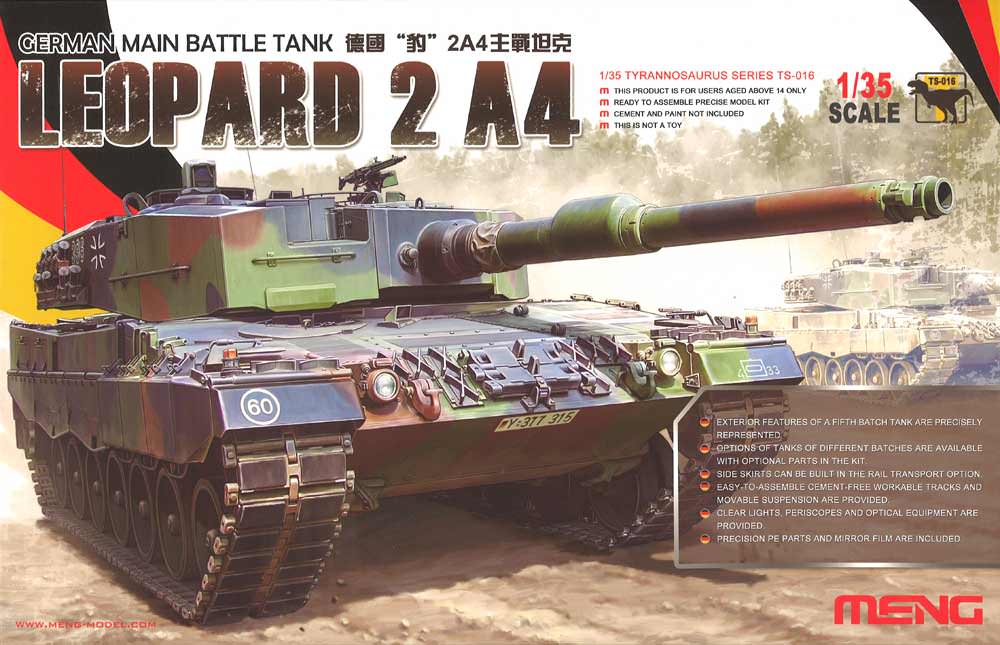 Bringing it up to a Canadian version requires some additions and looking of the list. Few of these addons were nothing more than simple scratchbuilding. Getting late on a Friday so I will put up some images of progress tomorrow. 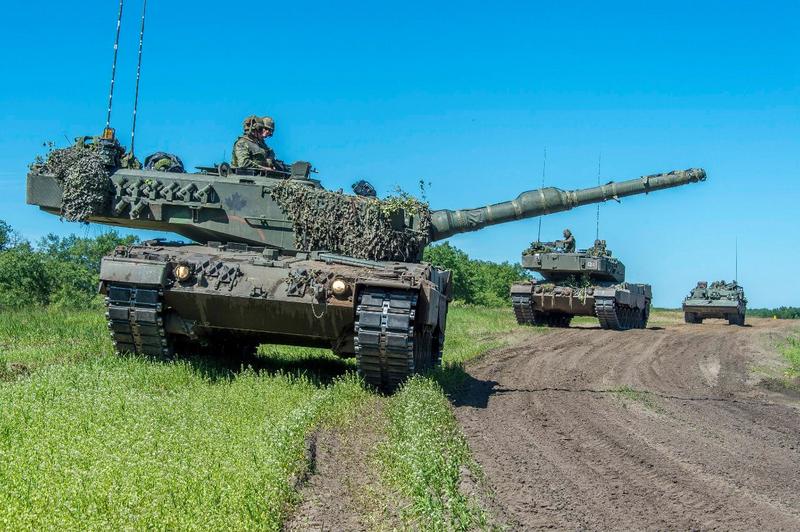