Scratchbuilders!
Built a model or part from your own materials lately?
Hosted by Mike Kirchoff
Material for very thin leather straps?

REPLY & QUOTE
Phil5000 (Phil) said
Hi guys. I'm working on some US tankers WW2 1/35 and I want to make the leather straps for their helmets. I would just cut up some paper strips but the paper just frays or tears if you cut it that small. What else could I use? Do they do plastic sheet that thin?

REPLY & QUOTE
Vicious said
I use the foil that seals the tins of Milo....yes the chocolate powder...

....it is thick enough to resist shear and easy to work, but in the other hand is very fine, or masking tape Tamiya.

REPLY & QUOTE
Yes, but the whole point of the doomsday machine is lost if you keep it a secret! Why didn't you tell the world?

...As you know, the Premier loves surprises.

REPLY & QUOTE
RobinNilsson (Robin Nilsson) said
I have the habit of taking things apart to check if there is something useful for modelling inside.
Cables contain copper wires of various thicknesses.
When I disassembled the cable on some broken mobile phone earplugs I found that the shielding consisted of a narrow strip of thin copper foil wound around the wires inside. They were less than 1 mm wide and my thought then was that they would be ideal for safety harness belts.

Another possibility is to use thin copper wire (or aluminum if you can get hold of thin alu-wire). Fasten (tape down the ends) short pieces on a hard (steel plate) surface and flatten them by rolling a steel pipe (or other hard cylinder) along them (press hard).
Copper can be softened, if needed, by heating with a flame.
The rolling will flatten the wire and also make it slightly longer so you may need to adjust the adhesive tapes holding them down. The flattened wire will have rounded edges and be smooth so they willresemble leather straps.
/ Robin

Painters tape or masking tape. Hit end w/ super glue and it will never drop off.

REPLY & QUOTE
ronbo070 (Ron Purschwitz) said
If you are talking about the strap on either side they are spring steel wrapped in leather. You could duplicate them with thin strips of metal wrapped in paper tape and paint them accordingly.

The straps were designed to put pressure on the ear flaps and speakers. They were attached to the helmet by a single rivet and could swing out of the way. I hope this helps..

REPLY & QUOTE
ayovtshev (Angel Yovtchev) said
Try cassette tape.
It cuts nicely and only needs a dab of CA to stick forever.
And as an additional reward- it has the appropriate brown collor

REPLY & QUOTE
120mmSniper (Lee Owens) said
Lead foil. A friend from New Zealand gave me some from wine bottles, but that was years ago. No wineries in the US still use lead foil, AFAIK. Not sure where to find it these days, but it is great for an application like yours.

REPLY & QUOTE
Hohenstaufen (Steve) said
I also use champagne bottle foil. However many years ago there was a series in Military Modelling, in which the modeller (I can't remeber who it was) used an old handkerchief, soaked in enamel paint or possibly white glue. When dry it can be cut finely without fraying and "hangs" more naturally than say Plastikard.

REPLY & QUOTE
"Lord Raglan wishes the cavalry to advance rapidly to the front, follow the enemy, and try to prevent the enemy carrying away the guns. Troops of Horse Artillery may accompany. French cavalry is on your left. Immediate. Airey."

REPLY & QUOTE
retiredyank (Matthew Nethery) said
I use Tamiya tape, folded over on itself.

REPLY & QUOTE
justsendit (Mike Freeman) said
I have used most of the above, but find lately that my go-to has been Tamiya masking tape. I've used paper in the past, but found it difficult to handle if painted before attaching it, and nearly impossible to thread into PE buckles. Lead foil is nice, as you can roll it to a desired thickness and can easily be shaped over surfaces. Acrylics don't adhere to foil very well though. I keep all of these on hand for various applications.

When using Tamiya tape, I generally stick it to my clothing in order to de-tack it  old school trick. Sometimes a little leftover tack is a blessing though. The tape can also be rolled to a desired thickness  useful for threading PE buckles. For better paint adhesion, a little buffing of the shiny side with sand paper helps. 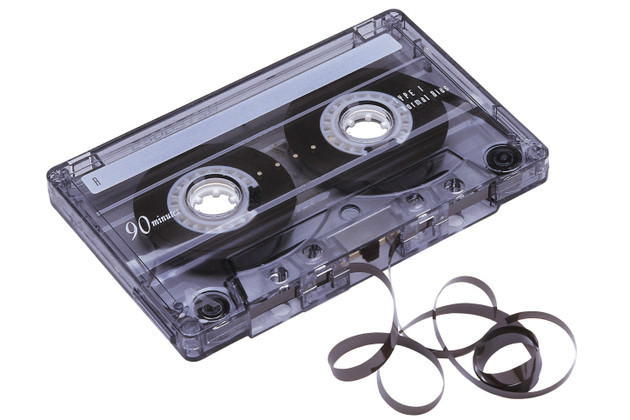 I actually got rid of all my cassettes during my last move! If a stray cassette should ever turn up, I'm open to trying it out.

REPLY & QUOTE
EHAM0624 (Jan Janssen) said
I use paper coffee filters for straps and belts, depending on how you drink the stuff i guess you can't get them in every country. Robin and Toms suggestion i also use

REPLY & QUOTE
Kevlar06 (Russ Bucy) said
I just use plain typing paper cut into any length or width I need. It can be bent, folded, folded onto itself, glued, sanded, or painted. Once you get it into the proper position, you can give it a coat of thin cyanoacrylate and it will last forever, and can be further sanded or painted to your needs. Painted up with leather brown, it will look like the real thing. You can mark it up with a sharp pencil to represent perforations for buckles and snaps. I've also used it for US canvas belts and web gear by dampening it, pressing it onto the figure, letting it dry a day or so, then cyanoacrylating it. Then carefully using the tip of a knife, carving grooves to represent the "ribbing", and a very fine drill to represent the eyelets found in US web gear. No special materials needed, other than a sharp Xacto blade and ruler and some thin super glue.
VR, Russ

REPLY & QUOTE
Remember, "It's only a hobby"

I was playing with this stuff last year and it might work. The adhesive is strong, it's relatively soft, very pliable, cuts easily with scissors or blade.