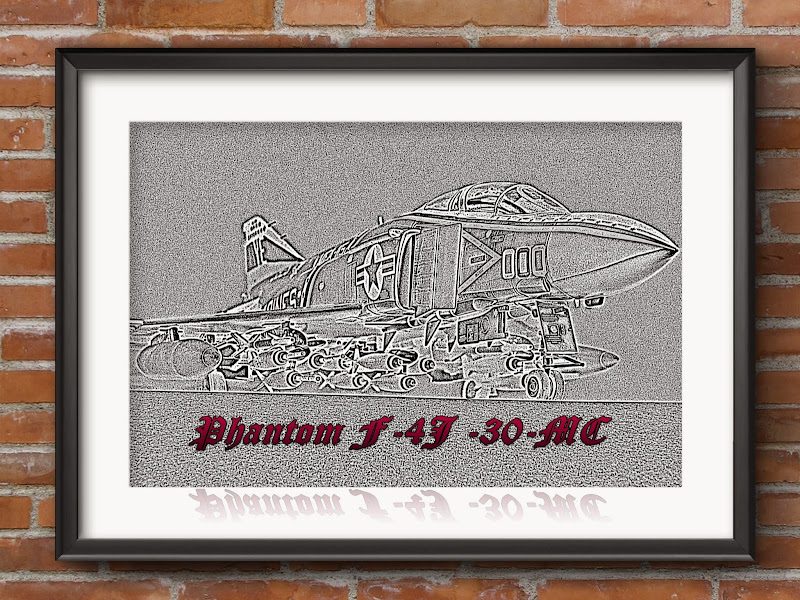 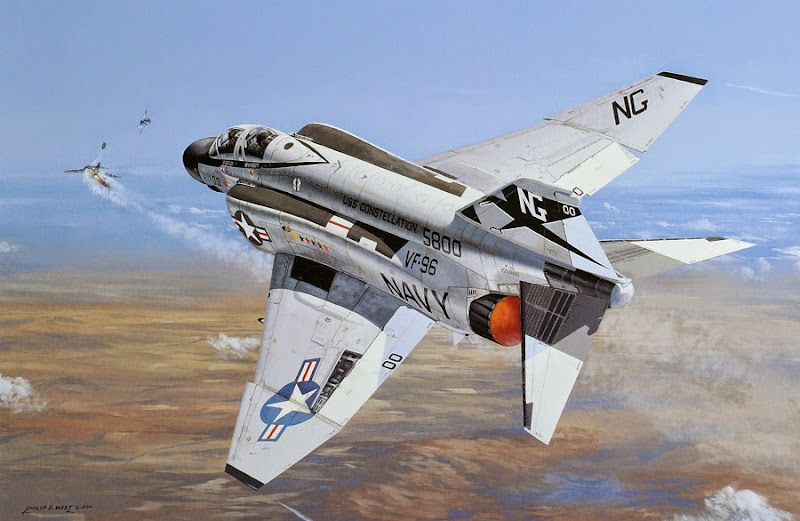 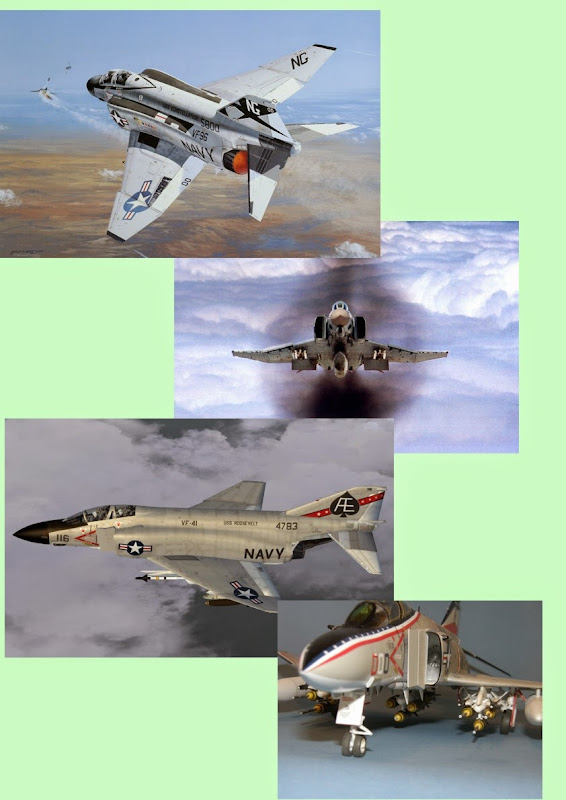 translator
F -4J - modernized version of the F -4B fighter for the US Navy and Marine Corps . The main emphasis is on improving the properties of the air war machines through the use of new engines J79 -GE -10 afterburner over 79.374 kN everyone radar station AN / APG -59 with the ability to oversee the area also in the plane , the larger main landing gear wheels , ballasts slots horizontal skip, aileron angle of 16.5 ° after ejecting the chassis , which significantly reduced the landing speed , ejection seats zero-zero class , and with enhanced attack ground targets . 522 copies were built . 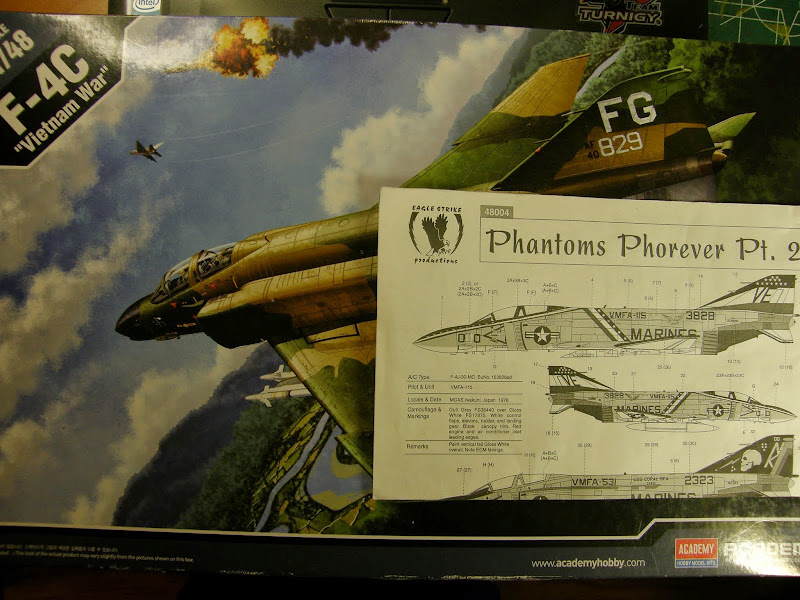 [b] I made versions of this model from a set of Academy + decals for the F-4J. As you can see in the picture box is the version of the F-4C, but no worries in a box manufacturer took care to make a set of existing versions of Reg who dream

for example, a rich set of noses, upper parts of vertical ballasts and similar additives not including enough rich weapons. [/ b] 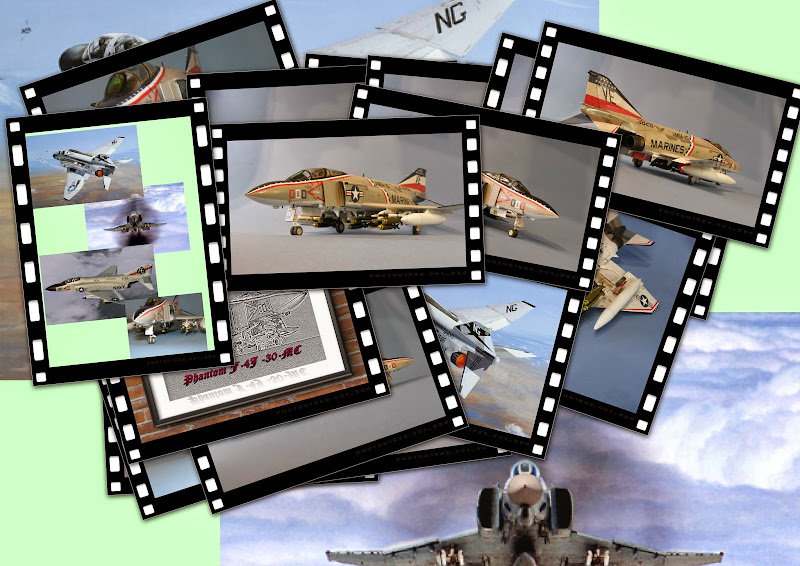 Do not have a message and just this machine was used in this set of weapons, but I decided to fantasize a little bit and hang the "Christmas trees" .After just so fun and richly looks

Of course there is also something for fans subtitles eksploatacyjnych.Ten model has a surplus, gluing itself this subtitle is the day job !!!! 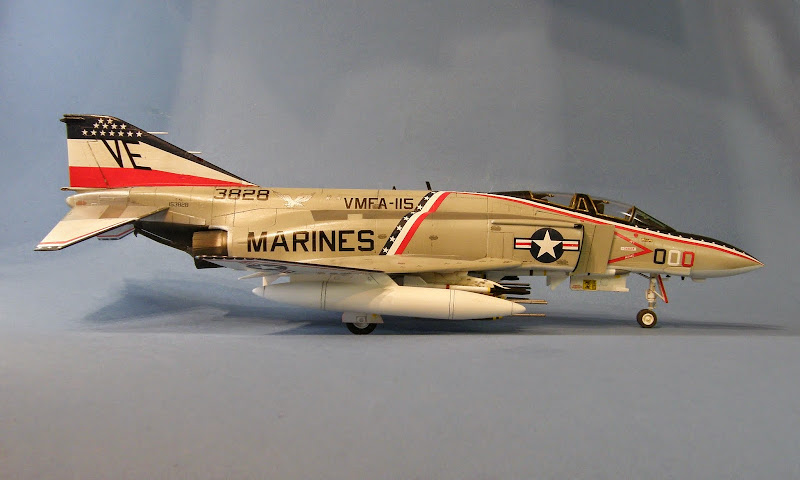 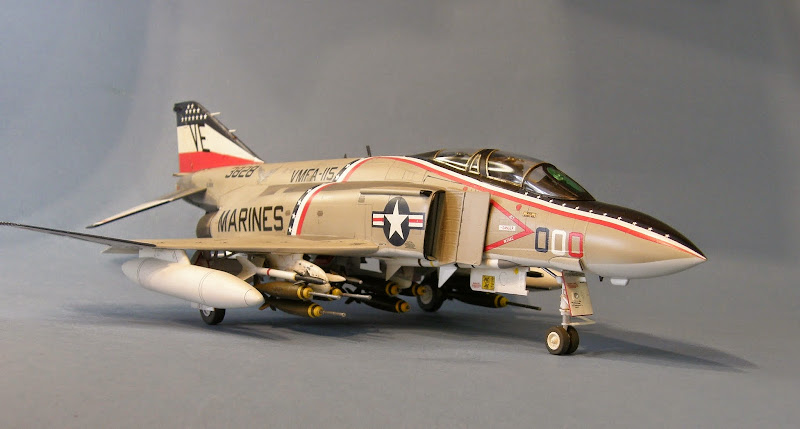 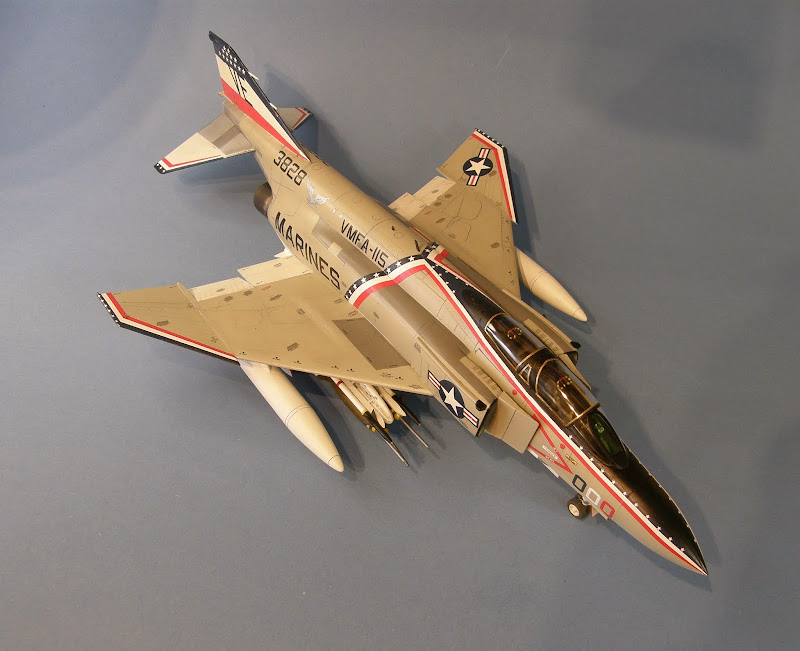 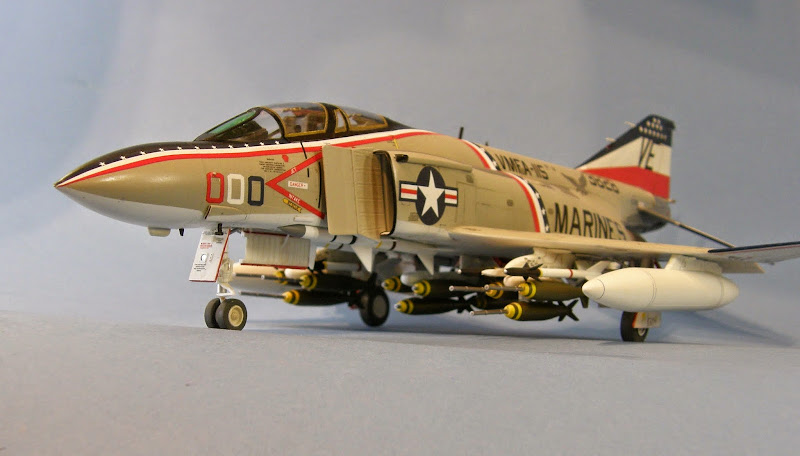 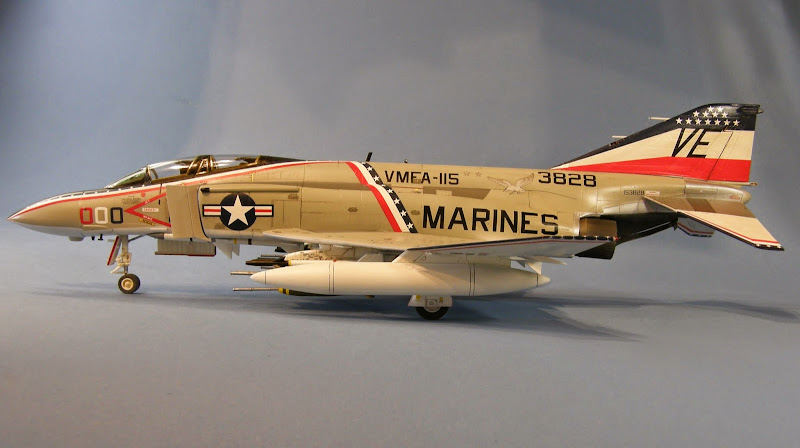 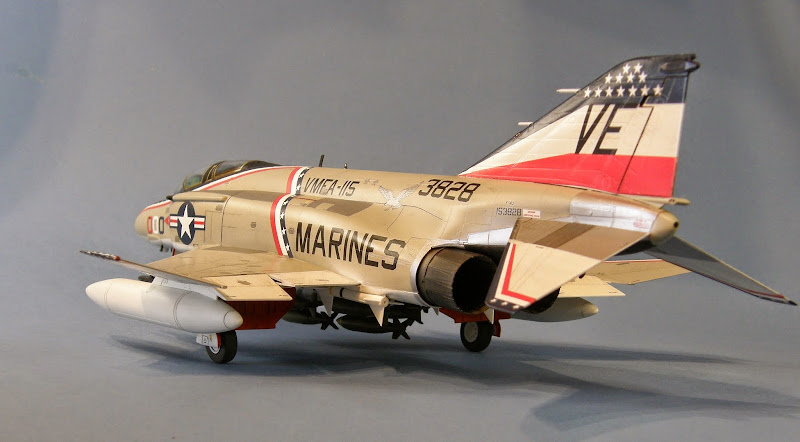 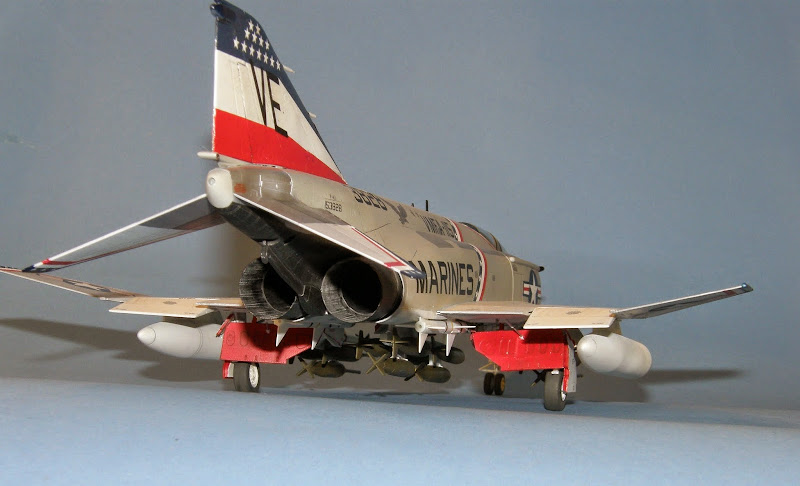 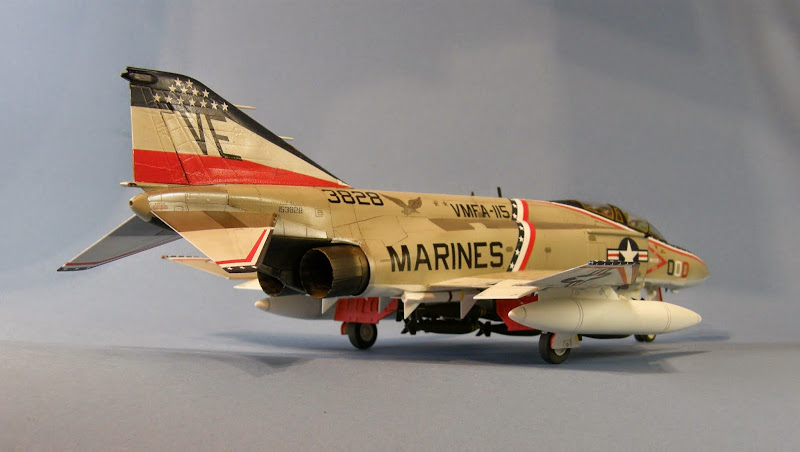 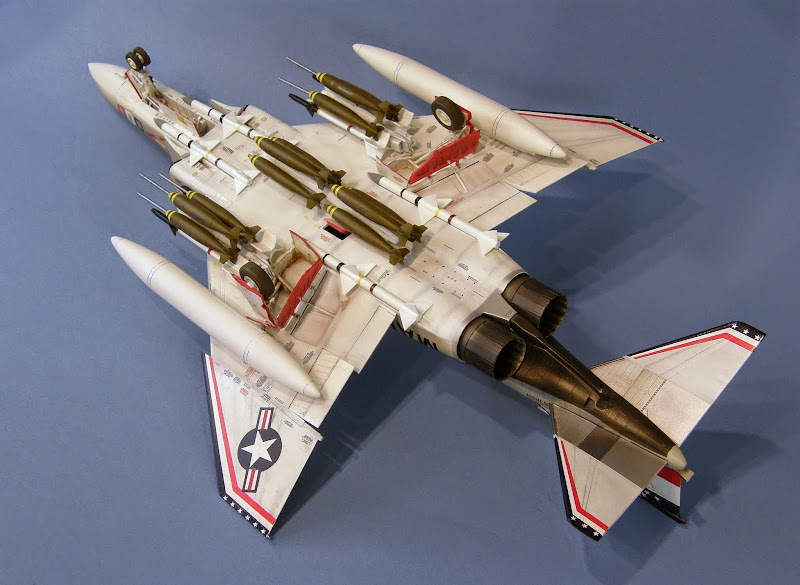 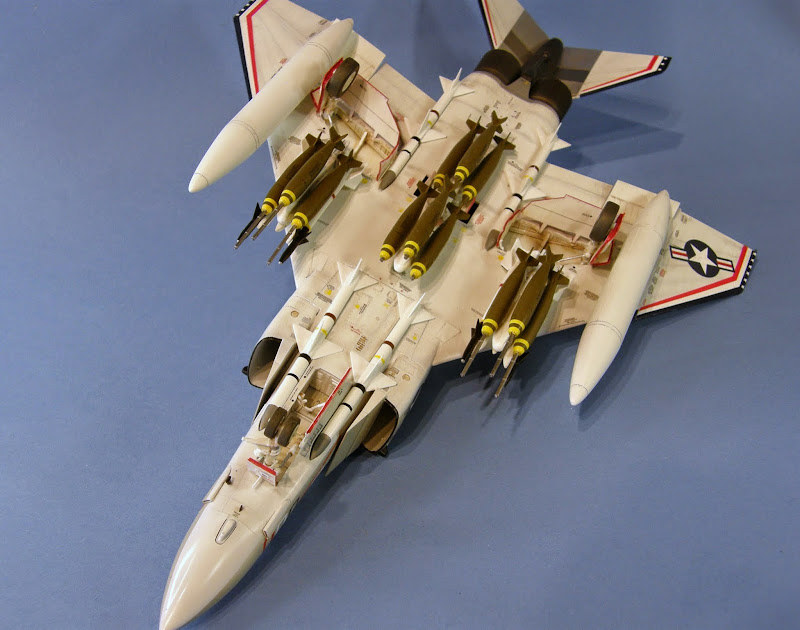 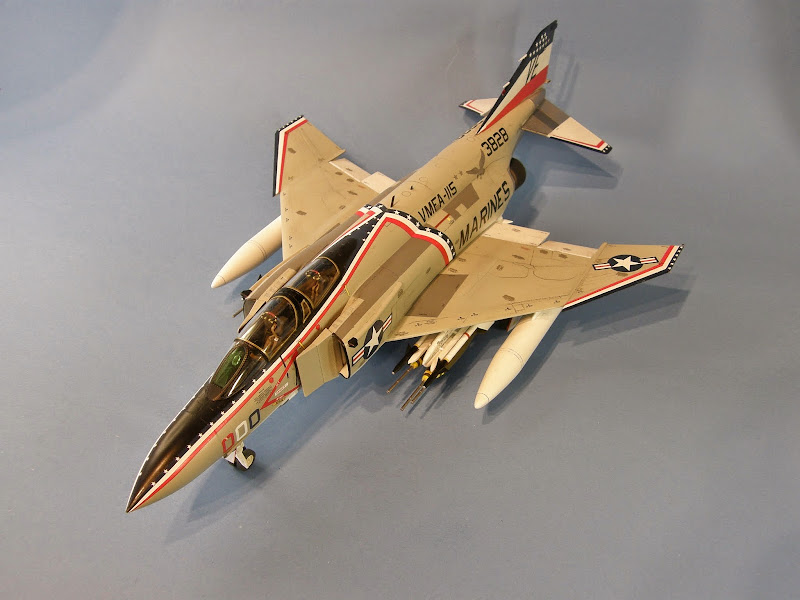 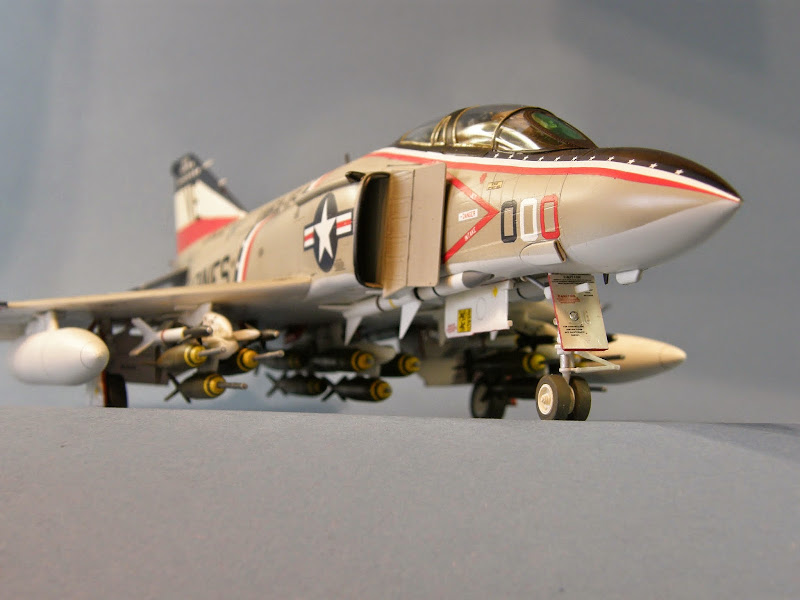 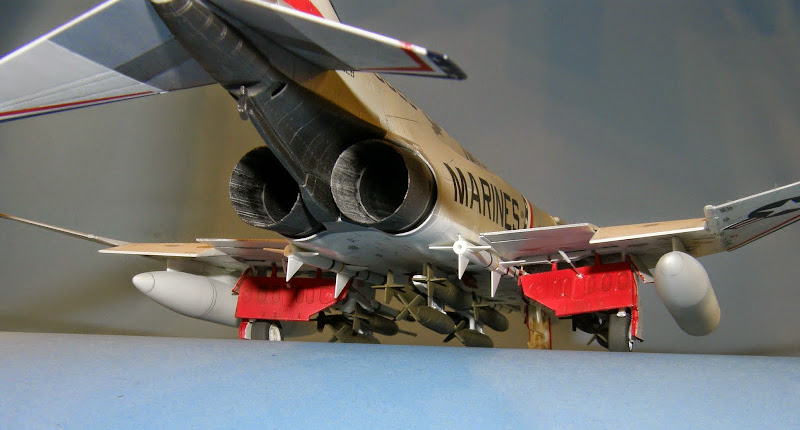 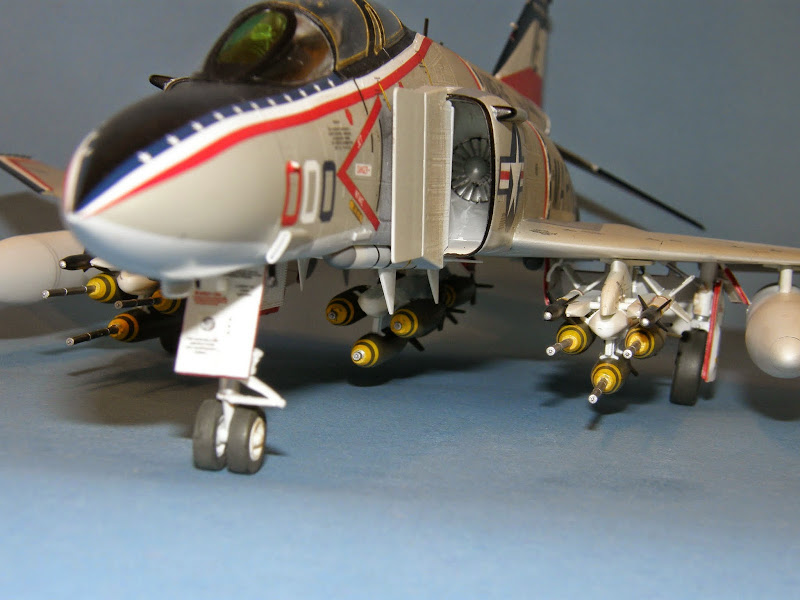 While I'm certainly no expert in the differences between the F-4C and F-4J, the nose cones are certainly different, and your conversion really looks quite good.

Your choice of paint scheme is certainly a very colorful one, as you really nailed it. Loads out looks like it's loaded for bear with a full load of bombs.

Just a solid build from start to finish.

...just a question, as in potos I cannot see it, Have you use the Sidewinders pilonos from the "C"?

REPLY & QUOTE
RYSZARD (Ryszard Holak) said
In these pictures you can see the differences.
greetings! 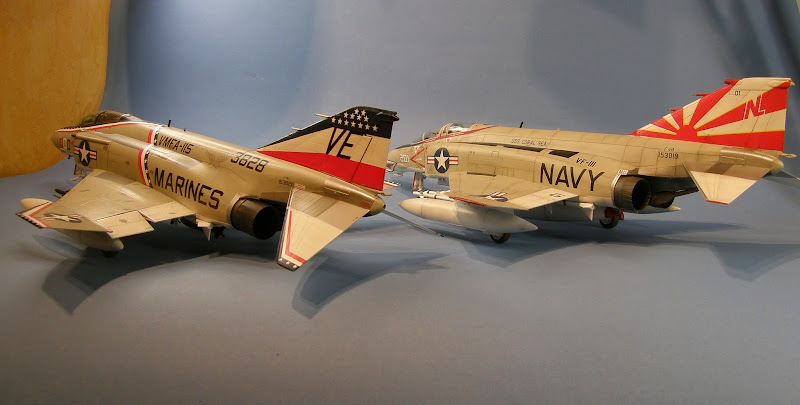 REPLY & QUOTE
agtquimi (Alvaro) said
Another part you miss to change are the two "hooks" (I don't know the exact Word) to tie down the aircraft under the fron part of the wings. You have put the plain USAF style parts instead of the Navy parts, I'm refering to the trapezoidal parts next to the outer rear wings of the front Sparrows

The other outside noticeable diference is the position of the in flight refueling device, in the navy planes it's hiden to the right of the copilot (There must be a rectangular register there) and in the USAF models is a receptacle in the upper body behind the cockpit

But the it looks like a Phantom and I like it. You can consider this for your next one...

P.D. In the front landing gear of the Sundowners model, Have you use the "C" front hatch? It looks like the double light equiped one from the C/D and not the Navy style that you have used in th J