Early Aviation
Discuss World War I and the early years of aviation thru 1934.
Hosted by Kevin Brant

The relatively young company of Wingnut Wings has established itself as one of the finest manufacturers of 1:32 WWI era aviation subjects. Here we will discuss their lastest issue of the late production Fokker E.III.

 This is one of my "must have's" I think. I will finally bin my Battle Axe kit of the E.III, and taking some pleasure doing so...

Just finished the Wingnut Wings Taube. On to the Junkers D.1

WWW
JackFlash (Stephen T. Lawson) said
Don't blame you a bit Mikael. I have a Battle Axe Fokker D.VII if you want to replace your E.III. Hah!

Don't blame you a bit Mikael. I have a Battle Axe Fokker D.VII if you want to replace your E.III. Hah!

 Oh the horror  the DVII was one of my first builds in 1:32  I get cold sweats all over just from the memory

Just finished the Wingnut Wings Taube. On to the Junkers D.1

PHOTOS
Kornbeef (Keith Graveson) said
Having plodged into this kit (duelist version) One thing I'd like to advise is to reinforce the fuselage joints, theyre long and look easily *crackable* with rough or heavy (my style) handling.

Its a gorgeous kit but WNW tolerances apply so clean up of seams, moulding plugs then clean up of paint and checking needed to stop some of those delicate parts schnapping.

Great review too Stephen by the way

It's interesting to see the detail differences with the E.II / E.III "Early" that arrived at Castle Aeroscale.

Having plodged into this kit (duelist version) ...

Maybe hold your horses slightly on that - Albatros Productions have just sent us the latest Windsock and it's got detailed builds by Ray Rimell of the Fokker and DH.2 - a real goldmine of extra info to get the best out of the kits.

All being well, I'll get the review of the E.II/E.III "Early" ready tomorrow. I found a few points to watch out for, but overall it's a cracker.

BEWARE OF THE FEW...

WWW
JackFlash (Stephen T. Lawson) said
Here are a couple of errata pages from WNW for this kit. 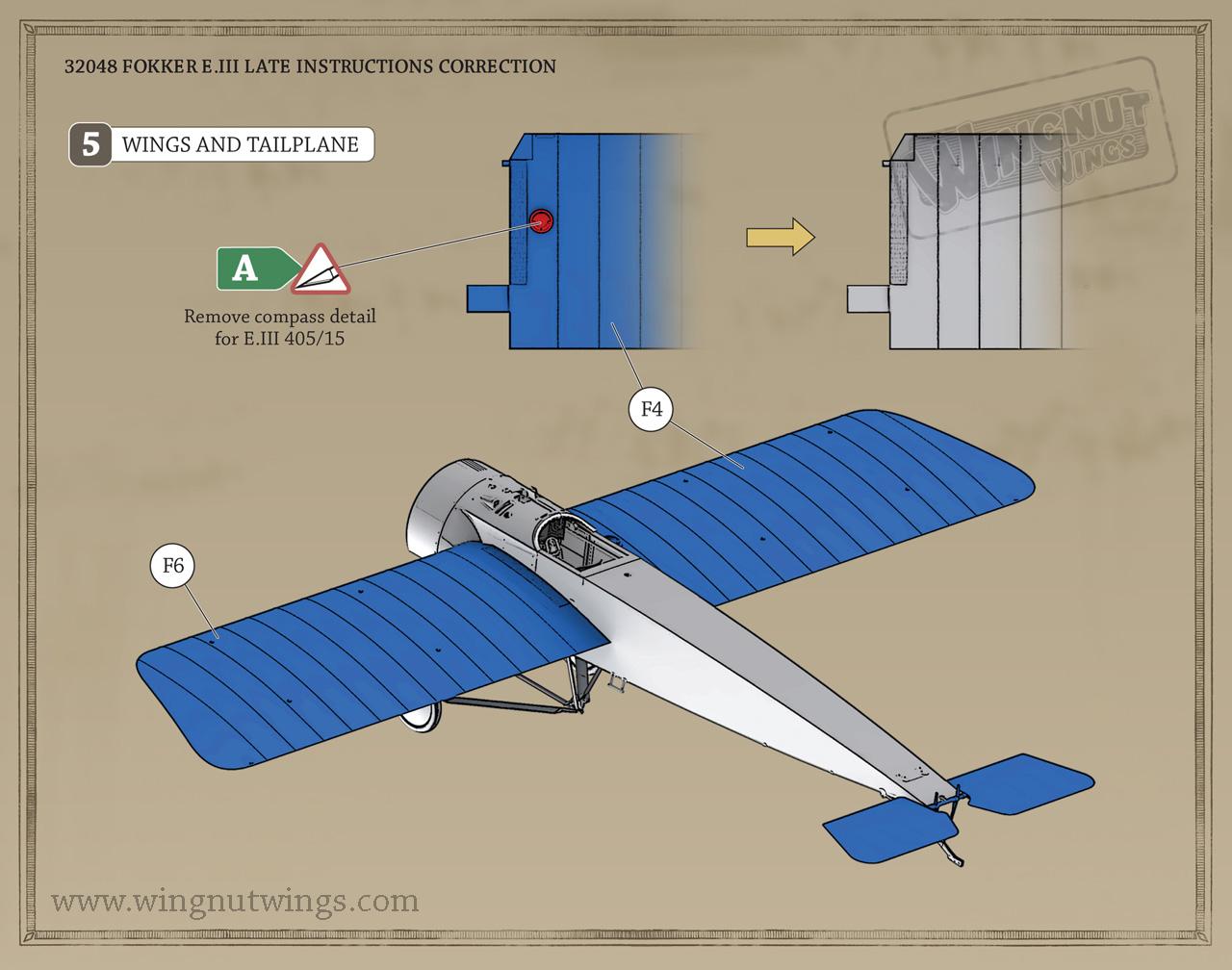 WWW
JackFlash (Stephen T. Lawson) said
For those of you with Facebook connections.

And here are a few Caveats from a fellow modeler.

". . .Any history here is of necessity very brief so we recommend that you seek out the references mentioned below for the better understanding of the various Fokker Eindeckers, but we do so with the following caution; considerable confusion exists about these important aircraft (in no small part because of incorrect or conflicting Idflieg and Fokker factory records). Because of this we highly recommend you treat published drawings & specifications with a great deal of skepticism. We feel that Josef Scotts new Windsock Datafile Fokker Eindecker Compendiums published in September 2012 will go a long way towards clearing up much of this confusion. "

"One thing I would recommend is perhaps revisiting some of the facts after you've been able to read through the 2 new Windsock Datafile Fokker Eindecker compendiums. Also check out Windsock International V 28 #1 2012 which tackles several of these beliefs head on.

All 3 publications deal with quite a few misconceptions such as E.II powered by the 80hp engine, different wingspans between the E.II, E.III & E.IV (and even late production E.I). Although not dealt with directly, it should be noted that Fokker E 54/15 was a late production E.I (and not the E.III prototype).

As an addendum to the fabric colour issue, have a look at the starboard side view photo of Fokker E.III 635/15 (from "The Duellists" - attached) where the fuselage of the 'earlier-late production' E.III in the background (from the 4XX/15 series) is clearly a lot darker than 635/15. Some will argue that they are the same colour, perhaps 'beige', but we feel it is more likely they are different colours, with 635/15 being finished in 'beige' and the other one in a darker colour, most likely 'field grey'.

Anyway, the Fokker Eindecker family are a fascinating subject."

While I tend to like "new" information I am sceptical too. While I do not have the "Compendiums" in my hands at the moment, I am open to these suggestions and will verify them at my earliest opportunity.