You are viewing the archived version of the site. Go to aeroscale.net for the current dynamic site!
mainModern (1975-today)USA

REPLY & QUOTE
md72 (Mark Doremus) said
Well, I've been posting my progress, or lack of it over on Terrible Teens
But, here are some updates:
Everything is glued on, wings, stabilators, and rudder. First coat of Tamiya primer went on without a hitch. Then it came to the Lt. Ghost Gray undersides. The AK paint failed miserably, no thinner. Testers acrylic paint failed (see below), Finally got Model Master enamel paint on it and it worked. 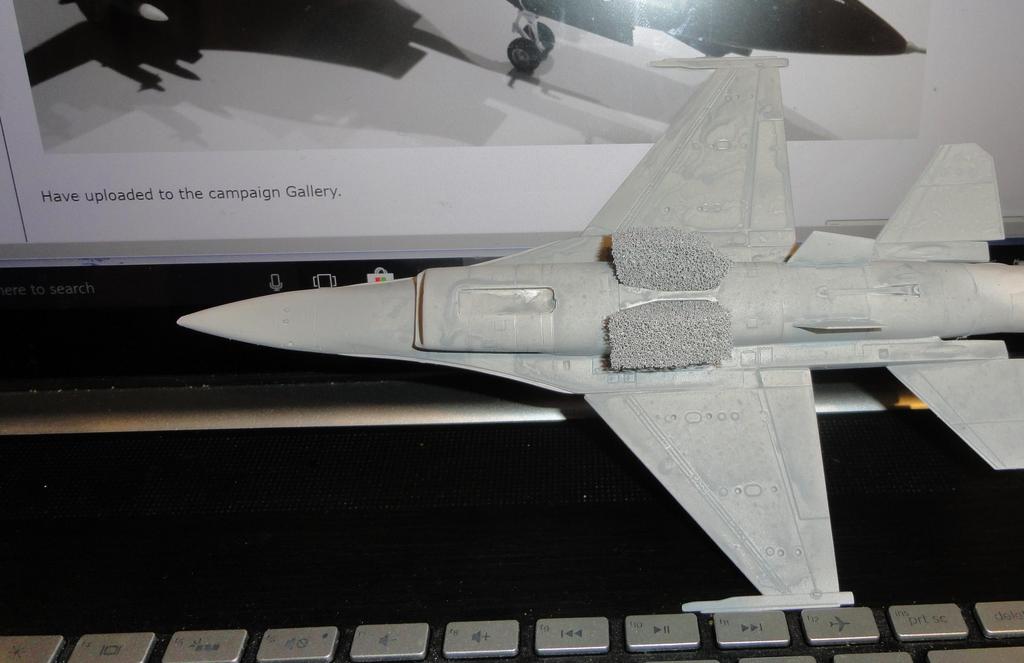 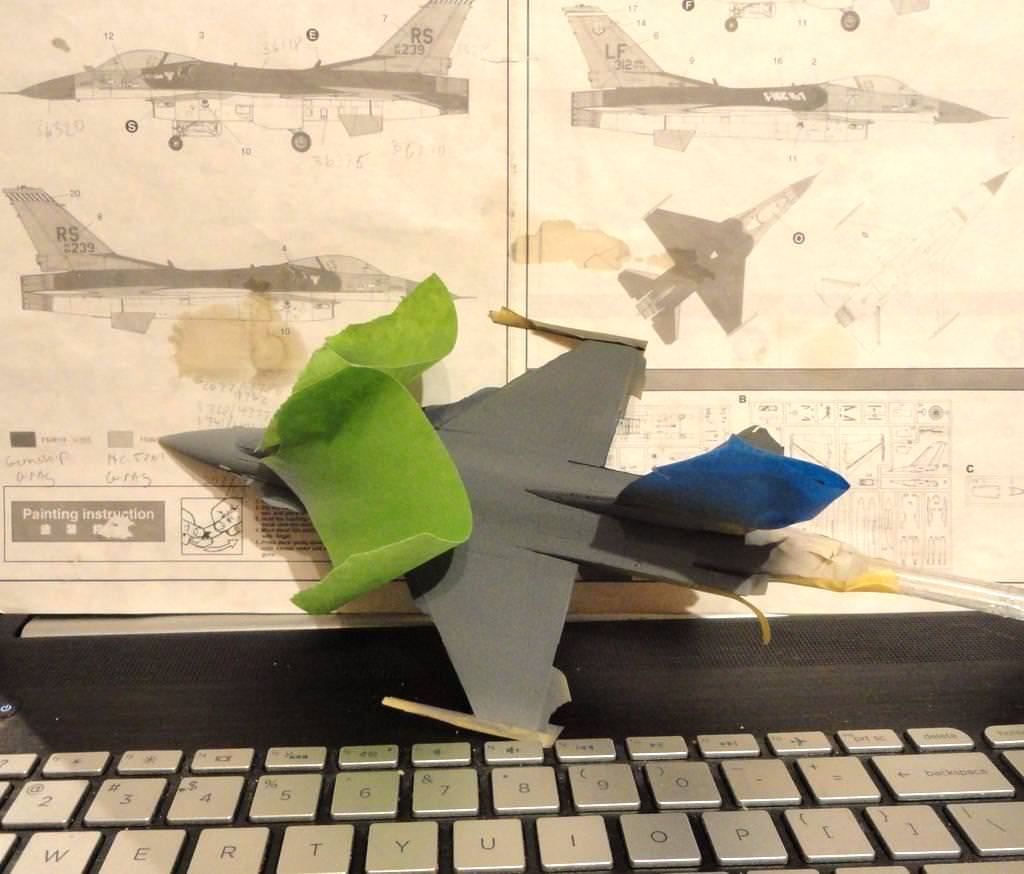 Finally got the radome painted and peeled off all of the tape. 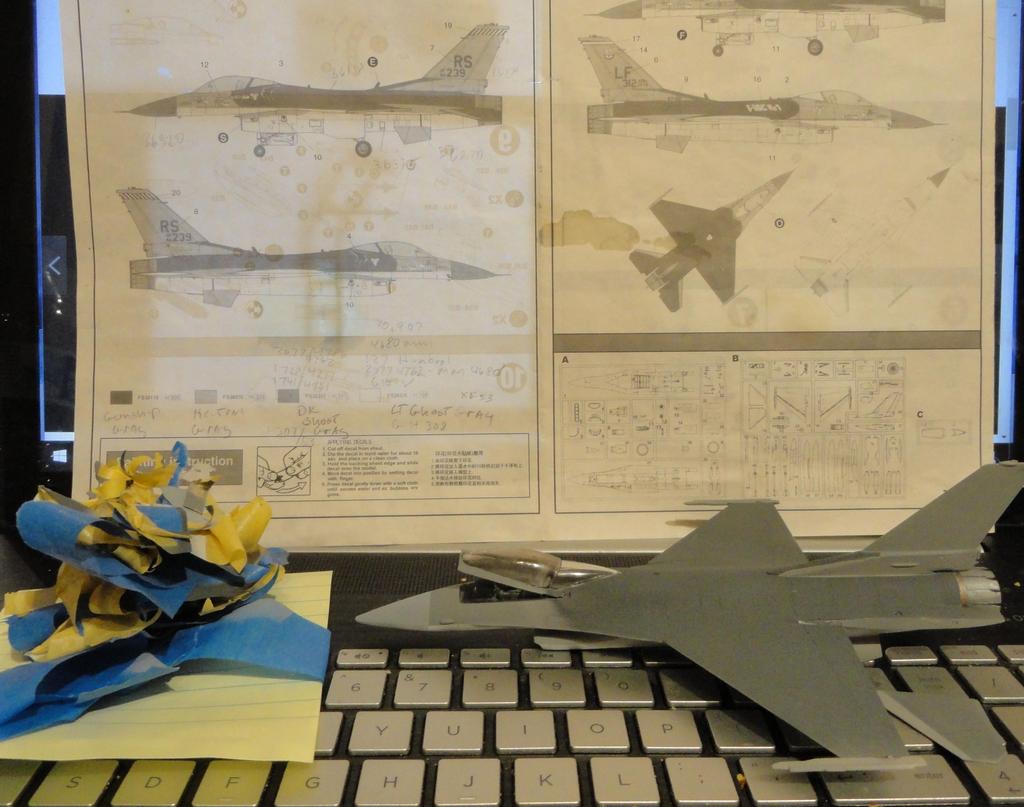 Now I'm ready for the fiddly bits. But first I ought to put on the underwing decals so that they don't cause any problems with the pylons and stores. Then I notice that there aren't any stars and bars on the decal sheet. 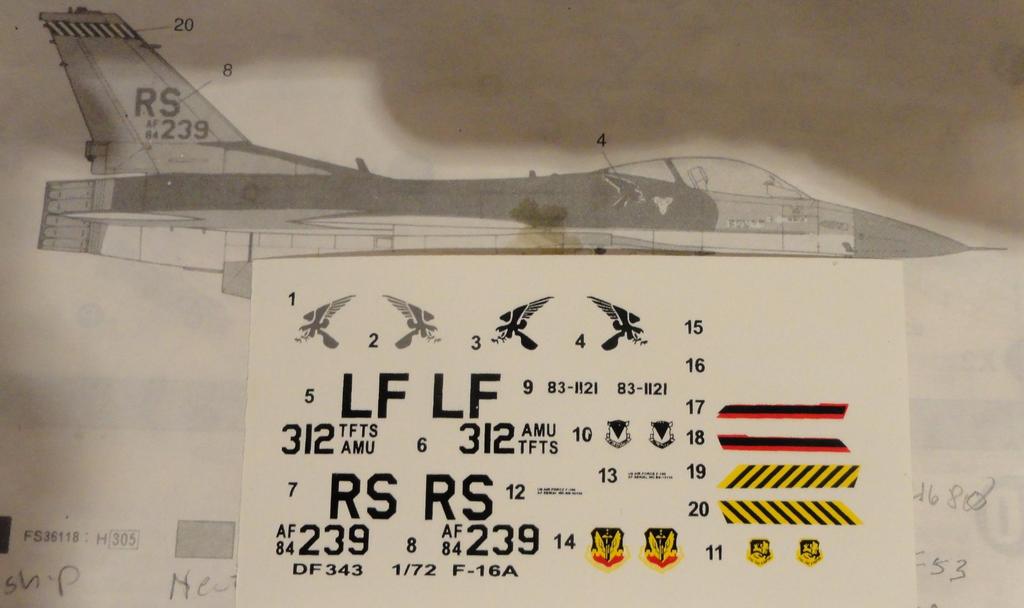