REPLY & QUOTE
Frigate (Bruce Simard) said
Folks,
OK then, this thread has been dormant for way too long. Many, including myself, have drifted away. But our beloved 1/144 will rise again ! This scale is just too interesting to let it lay.
For those who may not realize, we have a campaign build running for 1/144, so join in if you can.
I'm in with a Revell AH-64D that I'm converting to the Israeli version - or attempting to anyway. And speaking of that, that is one of my loves of 1/144th scale - conversions !
The great thing is you can experiment with conversions without destroying the budget. So what do you all feel about that ? Things like converting the Revell Sea Stallion (CH-53) perhaps into an HH-53, or MH-53, etc. Plus if you grab some of the older kits, like a DC-3,(C-47), imagine the number you can come up with. A whole lot of modeling there.

REPLY & QUOTE
mbittner (Matt Bittner) said
Thanks for that, Bruce. I completely forgot about the Campaign, and I signed up for it! Sad...

REPLY & QUOTE
Frigate (Bruce Simard) said
Matt,
No problem,you've probably been busier than a 1 armed bandit lately. I have no doubt Internet Modeler is limiting your modeling time.But you folks are doing a tremendous job, as always.
OK then, my AH-64 "Saraf" is in production. I did manage to fabricate the satellite antenna balls for the stub wings, and just need to fair them in with filler. But I also have a question for anyone out there. Anyone know of any tiny Israeli national marking decals I can use for this scale ? Obviously the Apache takes minute markings to say the least, any ideas would be appreciated.

REPLY & QUOTE
pbhawkin (Peter Hawkins) said
you have to be in it to win it guys.
So far we are about to ask Q3, and as the questions can be answered up until competition closing time (1 August) it isn't to late to have a go!
Remember this is for a resin Wellington B.Mk.III CAD drawn and CnC milled (with the new fine tip cutter).

This is my conversion from the Algernon BigBird US PBY-5A (amphibian) to a RAAF PBY-5A(M) pure flying boat (ie no undercarriage as a means of saving weight and extending range).
These RAAF planes were very successful at dropping mines in far away Japanese shipping lanes and ports.
Using the 'Owl' resin and PE set (from Ebay) this conversion is set to go!

Firstly the fuselage had to be pulled apart as one of the blister semi-circular walkways was upside-down! Then all green interior parts were glued in (detail painting will be later). The front turret had to be put back in at this stage as it is 'trapped' in a recess to allow it to turn but not come out.
The new exhausts were glues on after sanding to ensure a good fit.
The centre section glued on and the outer wings attached using CA on the tabs and Humbrol putty on the mating edges to fill the slight gap. The excess putty was wiped off before it dried and the gap filling remains are seen in the picture.
Firsty a base coat of Silver (Tamiya) was sprayed. I wanted to know what the original colours were prior to repainting in Black but couldn't. I thought that a layered effect (Silver to represent bare metal then original camouflage) showing through the worn Black paint would look good but then realised during the 1500hour taken to convert these planes they probably removed the old paint anyway as a weight saving measure (that was why they were doing the conversion in the first place)!
Once dry I used cotton buds soaked in water to rub away at the aeas I wanter to fade and chip.
The Black paint both rubbed off a bit and so thinned as well as came off in small pieces. Any hard object like a scalpel, tweezer ot nail easily removed the Black paint. I had to be careful to not overdo it, and in a couple of place had to repaint the Black where too much came off.
A coat of Polltscale flat finish matts everything down and adds a slight faded look as well.
Smoke and white ashe from MIG were added for the exhaust stains.
Radar aerials are from the Owl set and the rear wheel dolly was made up from the PE set too but I forgot to include a picture of it!
I used Lifcolor's Tensocrom Rust 1+2, Fuel and kerosene to add further detailing and weathering.
The antennas are EZline.
The pitot will be replaced with a 23fg hypodermic needle. 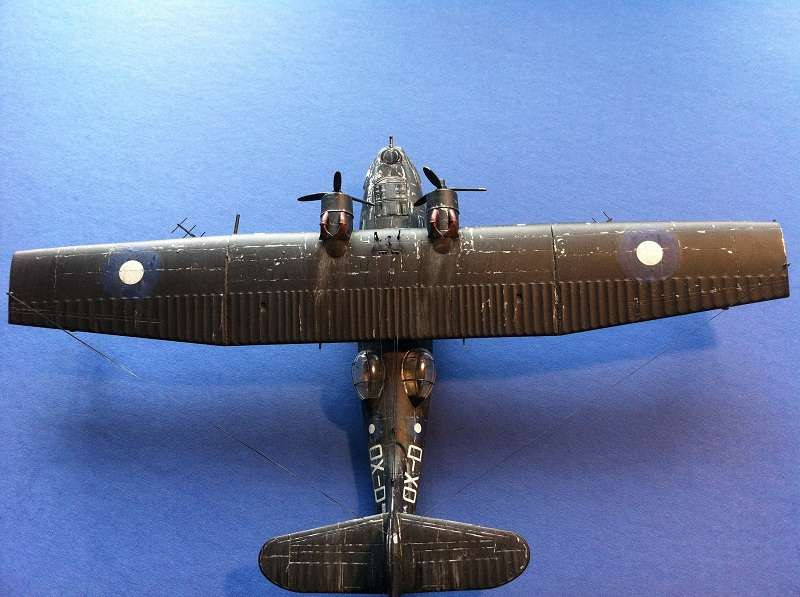 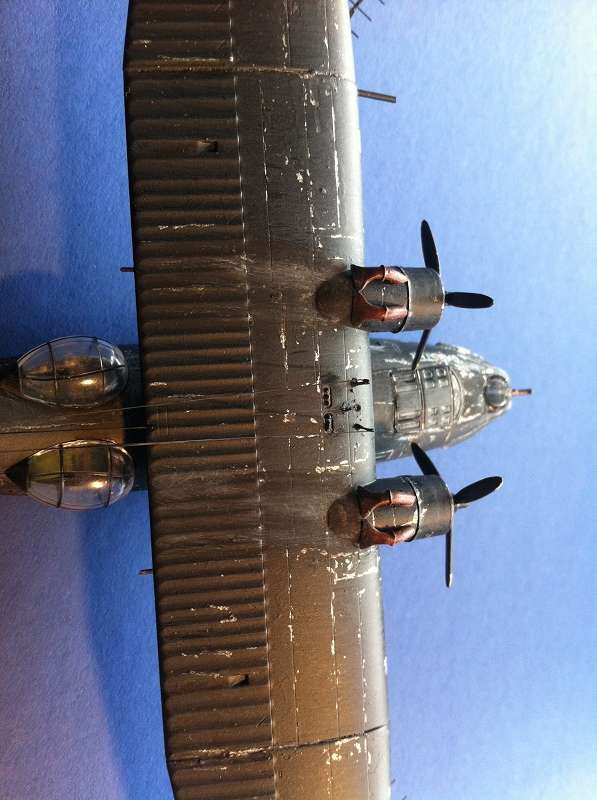 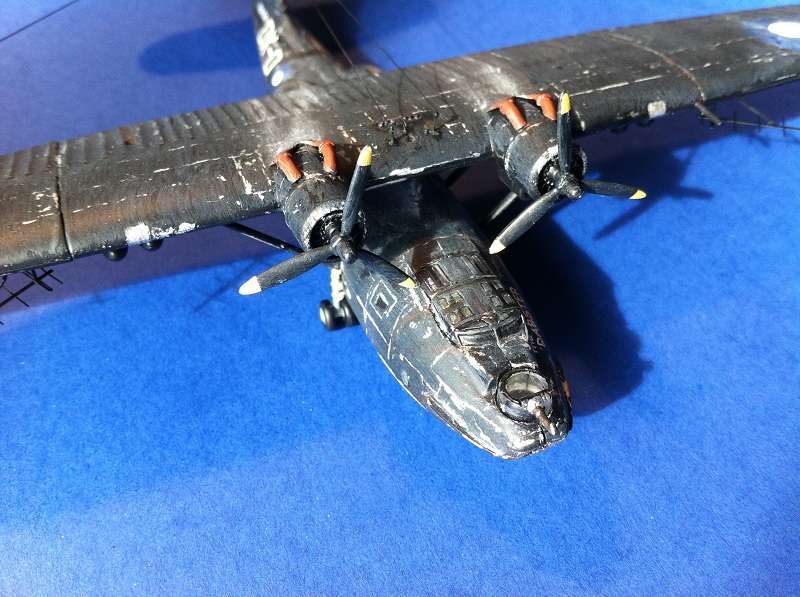 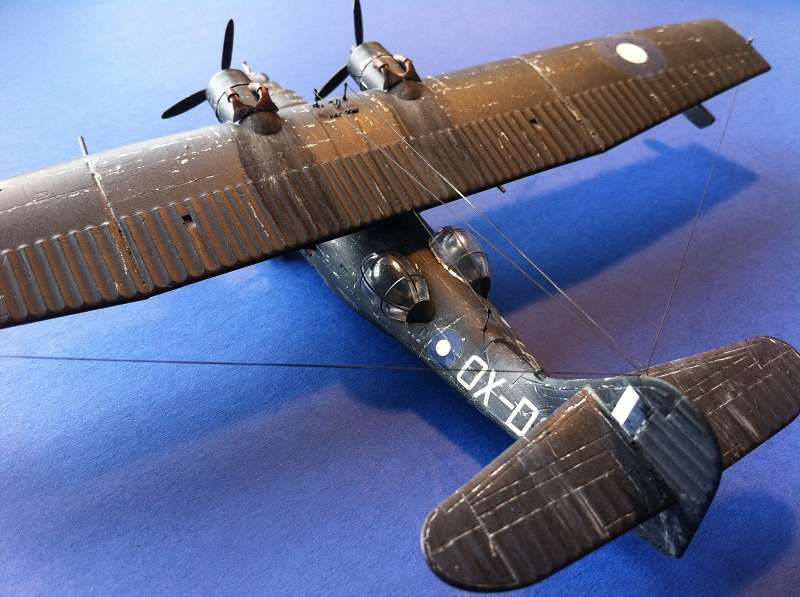 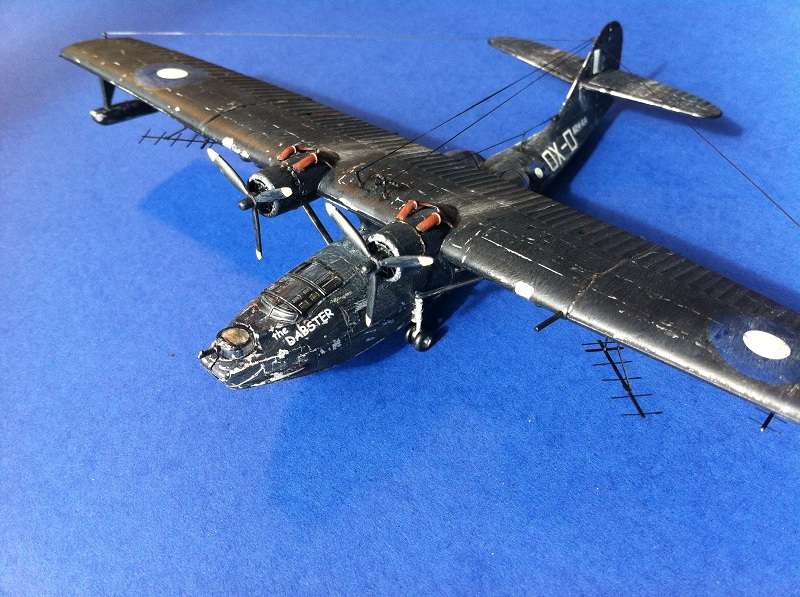 REPLY & QUOTE
Frigate (Bruce Simard) said
Peter,
Nice job on the "Cat". That is one aircraft you can just keep building and building, there are soooo many schemes for it. The Minicraft kit is also a decent starting point.
We just need some more interest in 1/144th ! Although we did just finish a group build. (Which I started, and still haven't gotten much further....Oh well....)

REPLY & QUOTE
JClapp (Jonathan) said
Eyup Peter, it takes a real craftsman to turn a plastic toy into a beautiful model. thanks for posting, that thing is fabulous.

hey, how do you anchor the EZline? Id like to do aerials like that, but the ends always come out aweful...

REPLY & QUOTE
pbhawkin (Peter Hawkins) said
thanks guys.
A tiny drop of CA and hold the EZline in position (without moving it) for about 5 sec.
The spot on the tail where the lines all meet is just held by a spot for the first line and when dry another spot of CA for the second line.

REPLY & QUOTE
su27rules (Davor) said
And with a new tractors from Dragon......

REPLY & QUOTE
Frigate (Bruce Simard) said
Davor,
Considering the fact that is a brush paint job, congratulations ! That is an extremely nice and clean job. You can definitely be proud of that one. We'll be looking forward to seeing you in the next 1/144th group build ! Keep up the great work ! ..................Bruce

I haven't posted anything here in quite some time as I usually don't do flying things. An associate had a kit that he felt was beyond his capabilities to build and "contracted" me to build it. However, when I saw the "Small is Beautiful" campaign running I couldn't resist "killing two birds with one stone."

He wanted the VMA-513 "Flying Nightmares" version and wanted it "loaded for bear." I've only built one other aircraft since returning to the hobby (Revell 1/144 F-14D) but thought this one would be a quick build due to the lower parts count. I couldn't have been more wrong as this kit was (as in the parent version's Squadron name) a nightmare!!! I spent more time sanding, filing and filling than building as parts fit and moulding were atrocious. Build photos and their accompanying commentary can be found in the campaign thread starting on page 8. Anyway, in keeping with the theme of this thread I figured I'd share the end result.

The "customer" asked for the aircraft to be mounted on a "rural" base as opposed to a tarmac or flight deck so I whipped one up for the purpose.

While the new owner was most pleased with the result, I am less than proud of it. The kindest thing that I can say about this kit is that it definitely tested my patience and ingenuity to get it to the point were it is. 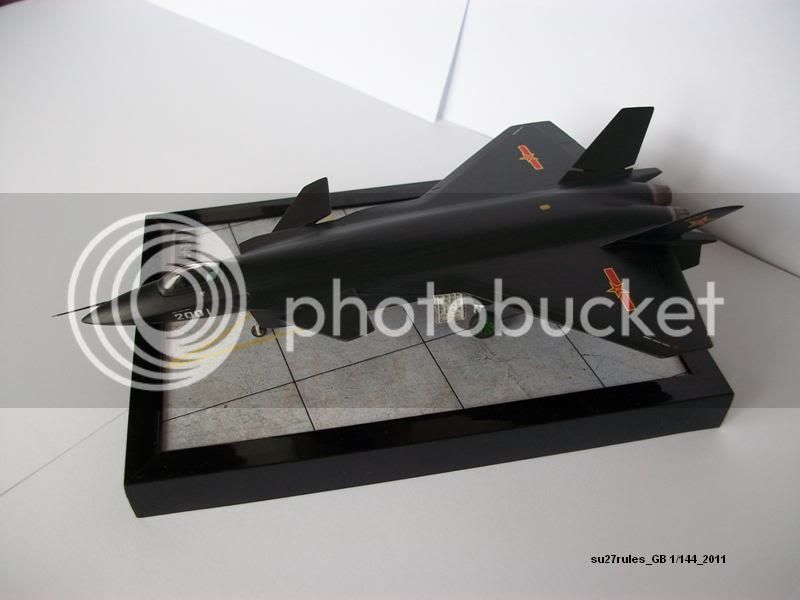 And "A close encounter of the stealth kind"

REPLY & QUOTE
su27rules (Davor) said
Last one from me!!
What if you have those 2 bad kits wich are so not nice: 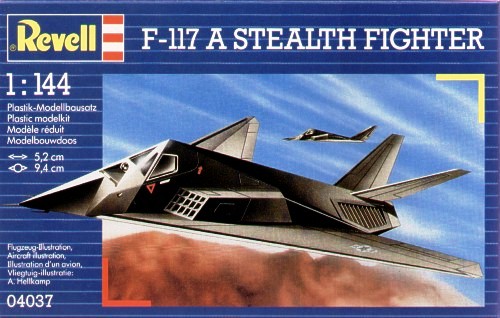 and you mixed parts from the boxes and glued them without the instructions?!?!?!?

Well after some work I got this :

REPLY & QUOTE
Dirkpitt289 (Dirk Pitt) said
Dude, your work is amazing but what really stands out to me are the bases. Simply fantastic

i like to show you a few Airplane i made using the 3D Printing method. All in 1/144 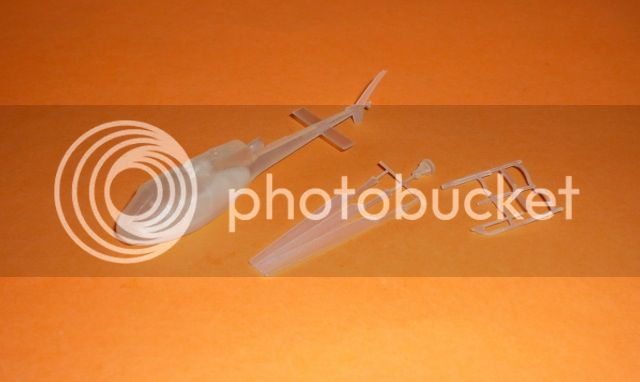 REPLY & QUOTE
Frigate (Bruce Simard) said
Hans,
I'm not familiar with the "3d printing method" - but I am very impressed with the results ! How is this accomplished, if I may ask for a short version ? I really like the looks of the products, and could see quite a few projects getting off the ground with this system ?

I wish I had the 3D CAD skills to do that kind of work - maybe in the next lifetime.

@ Bruce : watch this video, it shows how 3D printing works