REPLY & QUOTE
long_tom (Tom Radigan) said
I've seen mujahedeen and Soviet Afghanistan figures for sale, but does anybody make figures of the Afghanistan military itself? They were certainly used as cannon fodder by the Soviets.

Just like the modern Afghan Army looks very similar to US troops. 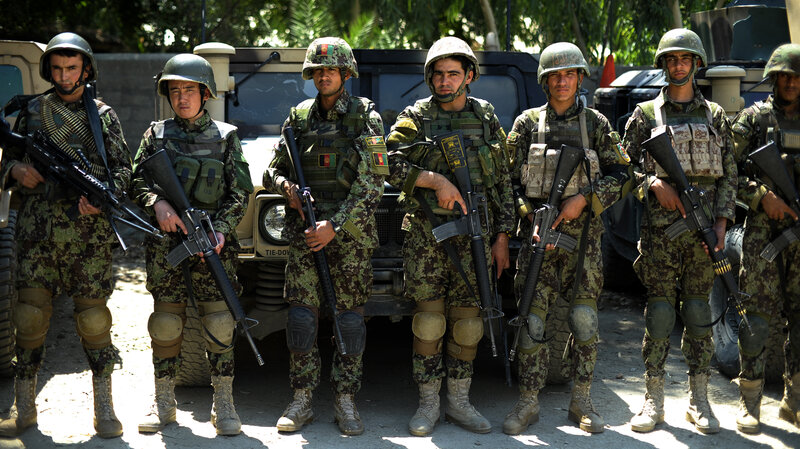 REPLY & QUOTE
long_tom (Tom Radigan) said
Actually the Afghan Army, at least in the early years, used uniforms that looked nothing like Soviet ones. Maybe WW1 ones.

Just like the modern Afghan Army looks very similar to US troops.

Who taught those guys how to adjust their helmet straps? Does that one guy have a short belt of SAW ammo around his M16 barrel.