Ten years after its last outing on Auto Modeler, here's a fresh look at Tamiya's VW Beetle to see how it's stood the test of time.

REPLY & QUOTE
brekinapez (Shell Bush) said
The parcel tray that fits under the dash was an optional item so wouldn't be seen on every Type 1. The Type 2 and Type 3 also had their own trays.

Thanks for the extra info.

I was always fascinated and amused by the shelf in my friend's Beetle when I was a school kid in the '60s - it was so basic, it almost looked homemade - but it never occurred to me that his Dad had paid extra to have it!

One thing I forgot to write in the review was that the kit's seats actually look more comfortable than I remember the real ones being! I well remember one trip in a VW in the mid '70s in Germany where it felt like I was bouncing along in a broken deck-chair!

I just recently reviewed their Lotus 25 kit, which is a tad newer at 21 years of age. I only wish that I could have aged as well as those kits have.

I guess that back in those days, all of Tamiya's instructions were of the folded sheet rather then the booklet type. I do like the fact that the engine is pretty nicely detailed.

Hard to believe, but I actually owned for a short while a 1969 VW bug in between my MGB and MG Midget. Fun cars to drive, but kind of short on the power. Of course that was a major factor in not getting any more speeding tickets till the Midget came along.

REPLY & QUOTE
AussieReg (Damian Rigby) said
It's a real testament to Tamiya engineering that this kit is still coming out of the moulds in such fine form! An iconic car that has always been popular with the Auto crowd. Thanks for a "review refresher" Rowan.

A friend of mine had a Beetle at university, and the biggest problem we had was dealing with regular vapour-locks in the fuel lines during the hot Aussie summer.

I can honestly say I thought this was a much more recent kit until I saw the copyright on the instructions - 1994! It's hard to believe it!

Probably the only giveaway is the fold-out instructions which, as Joel says, were the norm for Tamiya back then. A new release might have a booklet (which is definitely more convenient on the work bench), but it would be hard-pushed to improve on the moulding quality and overall design - and it would probably cost considerably more.

REPLY & QUOTE
brekinapez (Shell Bush) said
I was a bus driver myself (1969 Deluxe 7-seater) and as a member of several clubs I can tell you VW's were only short on power if you wanted them to be. My mechanic in Orlando had a Karmann Ghia with a 300hp engine. Considering their origins, it also shouldn't surprise you that most Porsche engines from the same era could be fitted.

Pimp out your standard engine (in a Thing): 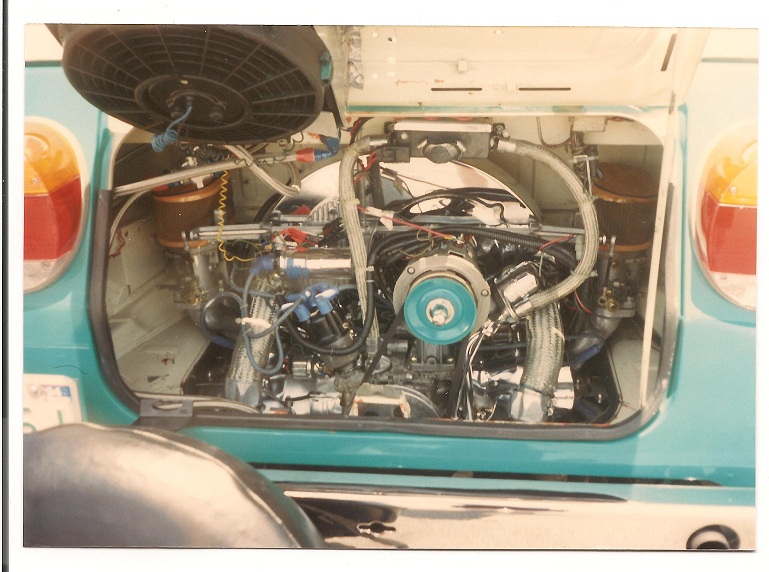 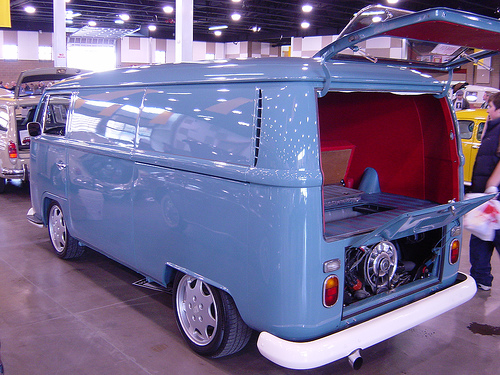 Or toss in an old beater GM engine and glom a radiator onto the side of the bus (some POS): 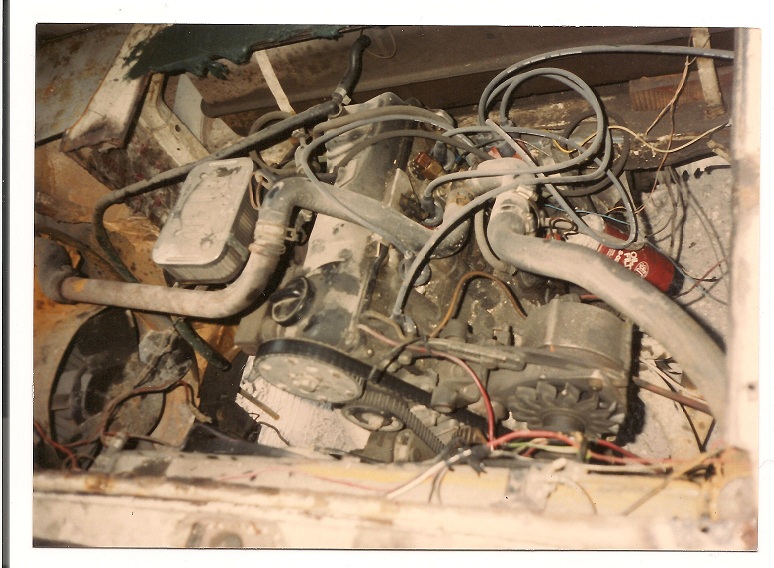